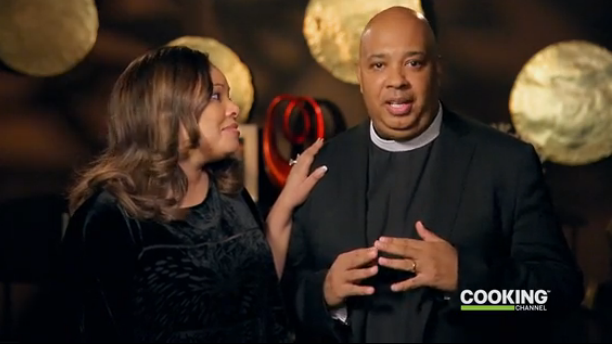 There is too much on TV. For every possible demographic, there is a channel. A series can appeal to 200,000 15-year-old geometry enthusiasts and stay on the air because the arcane realities of the cable television industry allow niche programming to exist. Don’t you dare take Reelz Channel off my DirecTV channel list! If you do, I’ll go to Dish Network to get my fix of Beverly Hills Pawn! As long as networks make a killing off licensing their wares to service providers, there will always be a place for channels like Destination America, American Heroes Channel, and SCAM!: Television for Grifters.1

The rise of on-demand, à la carte TV and devices like Google’s Chromecast and Amazon’s Fire TV Stick are the biggest threats to this arrangement. If I can pick and choose what I watch, would I ever consciously press a button to pay for something as egregiously awful as Cooking Channel’s Rev Run’s Sunday Suppers?

Rev. Run is, of course, Joseph Simmons of seminal rap group Run-D.M.C. His show follows a popular, deceptively simple format: Take a famous person and place them inside an existing reality show genre. There’s a million and one of these damn things on cable, and many of them are on Cooking Channel. Tia Mowry-Hardrict from Sister, Sister has a cooking show. So do Tiffani Thiessen from Saved by the Bell, Debi Mazar, and former Daily Show correspondent Mo Rocca. I need to know who picks which celebrities get cooking shows, because they are doing a shabby job. I have never once said to myself, I’d really love it if Ricky Schroder from Silver Spoons could show me how to make deviled eggs, and yet I would not be shocked if Ricky’s reaching for the paprika soon enough. 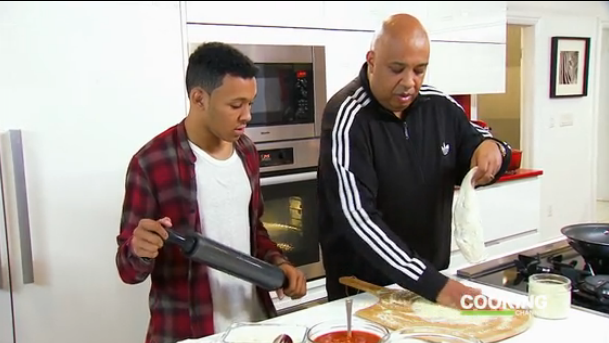 It’s not just cooking shows, either. Famous people can be shoehorned into any reality template. I foolishly watched multiple episodes of The Shatner Project, a home renovation show on DIY Network where the legendary actor complains about the price of marble floors for a half-hour. The thought process behind this show must be that you either love William Shatner or you just like hearing people debate about the relative merits of wall sconces. (I don’t want to get overly controversial here, but if you ask me, you can never have too many accent lights in your home.) The catch with doing a renovation show is that the premise involves a project that has an obvious end in sight. Once Shatner finishes refurbishing his house, the series is over unless he rips out all the new fixtures and starts over, a continual cycle of birth and destruction that evokes the fleeting nature of life on this planet.

Rev Run’s Sunday Suppers, now in its second season, wisely sidesteps any sticky questions about the nature of existence or the possibility of reincarnation. It’s just old-fashioned home cookin’ from a legendary rapper. Well, not technically from him. See, his wife, Justine, makes most of the food. Run spends a lot of time in his private basketball court exposing the world to his hideous jump shot, which resembles Shawn Marion being hit with a cattle prod. Why would he want the world to see this? Isn’t this show about food? 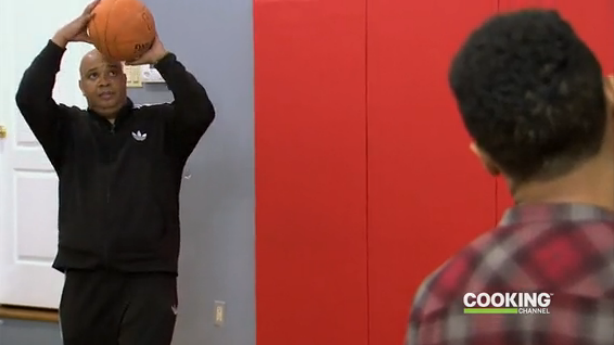 The season premiere helpfully catches us up with the stakes for our lead characters: Rev. Run has been dieting like a good boy and lost 2.8 pounds the prior week. He informs Justine he’s ready to throw all of that progress away and stuff his face with pizza. You see, he’s been fantasizing about pizza, and when you’re Rev. Run, all your dreams can come true, unless that dream involves winning an Emmy. “I’m like Martin Luther King. I had a dream that one day, pepperoni and sausage could be in the same pizza with no beef at all,” he says. I also had a dream, and it involved not ever watching this show again.

Run and Justine lightly bicker, as all married couples on TV do, but they’re able to get it together in order to make a decent-looking meal that their kids legitimately seem to enjoy. When it’s all over, the Simmons family extols the virtues of sitting at the dinner table together. I hope Run gets back to his diet, but you’re better off betting that Justine catches him drinking fondue out of the toilet with a straw. That man loves his cheese! It’s easy money! 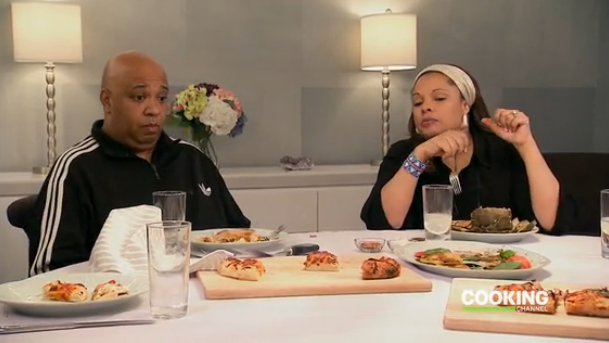 Once the episode came to a merciful end, I was left trying to suss out exactly what the appeal of this show is. It doesn’t teach me anything about how to cook. Rev. Run isn’t particularly funny or interesting, though I do sort of like watching him rhyme “own” and “phone” while his wife pretends to be fed up with his antics. His family is just a regular family — as regular as a bunch of multimillionaires with their own extended basic cable show. The alpha celebrity reality show was The Osbournes, which had the benefit of starring a foulmouthed, unhinged maniac with an oversize personality and her husband. I totally understand the appeal of watching people yell at each other about who forgot to clean up the dog shit on the carpet. I mean, that’s why I love going home to visit my own family. What I don’t understand is wanting to watch people have a pleasant dining experience.

When Justine rattled off the steps it will take to finish her stuffed artichokes, I got hypnotized by how boring it all was. Her voice is soft and soothing but oddly garbled like she’s sucking on a Werther’s Original while chewing on tinfoil. As she slaved away in the kitchen, I thought about all the other things I could be doing — like cooking my own meal with my own friends instead of watching this. Or watching people actually eat tinfoil on My Strange Addiction, a show that blows the lid off the epidemic of people putting weird things in their mouths. In this hyperstimulated world of entertainment, it’s not enough to watch someone grapple with a serious heroin dependency anymore. We have to take it to the next level by televising an intervention for people who sprinkle Ajax on their mashed potatoes. Why, then, does anyone think that a show as pointless as Rev Run’s Sunday Suppers is going to be popular with TV viewers not strapped to a hospital bed? Maybe that’s the audience for this show? Imagine a nation of clean, accessible, state-of-the-art hospitals offering free medical care. The only catch is that the building is owned and operated by Cooking Channel and you have to watch Ricky Schroder make deviled eggs all day. I can think of no greater tragedy than some poor soul shuffling off this mortal coil having the final thing they see before they die being Rev. Run’s monstrous jump shot. I do not want to live in that world.