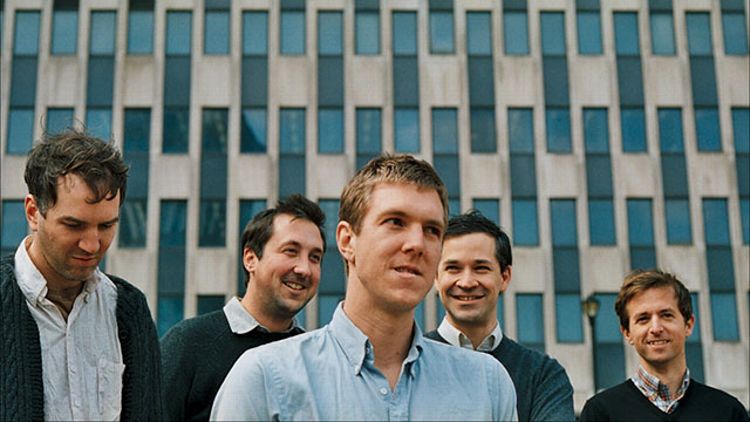 If you were too busy spending time with loved ones to keep up with breaking indie rock news over the Thanksgiving holiday, shame on you. That means you are living your life woefully ignorant of the fact that the Walkmen basically broke up last week. But it’s OK. Family holiday time is over. It’s time to get back to more important things.

So, first thing’s first: In an interview with the Washington Post on Thursday, the Walkmen’s bassist/organist Peter Bauer explained that, after a show in Philly on Wednesday, the band has “no future plans whatsoever. I’d call it a pretty extreme hiatus.” Please, Peter. Explain further. “I don’t think any of us wanted to write another Walkmen record. Maybe that will change down the line, maybe it won’t, maybe we’ll play shows. I think it’s weird to make a hubbub about something if there’s nothing to really make a hubbub about. At the same time, I don’t think we’ve been a gang properly for a long time, so there’s not much to break up, I guess.”

Now, before you commence with the weeping and the moaning and the gnashing of teeth, let’s get into a few reasons not to get too worked up. First: At least according to Bauer’s interview, this sounds like about as amicable a band breakup as can be. Plus, as Pitchfork points out, front man Hamilton Leithauser, organist/bassist Walter Martin, and Bauer himself are all working on solo albums, and “Bauer and Leithauser’s records both feature other members of the Walkmen.”

So, yes, let’s not kid around: “Extreme hiatus” should read as “breakup.” But it sure doesn’t sound like the kind of breakup that’ll require a dip into the “Coachella forced-reunion emergency slush fund (ADMIN NOTE: ALL CURRENT MONIES IN ESCROW FOR OUTKAST 2014)” to undo. Basically, it sounds like they wanna hang out for some years, take a breather, and yeah, you know, maybe play again together at some point down the line. Personally, I’ve been concerned that the Walkmen were burned out since 2006, when Morgan and Bauer switched instruments (hence the strange organist-bassist/bassist-organist job titles) basically, it seemed, out of boredom. And so I, for one, applaud this move. Individual growth is important, people. Individual growth is very important.

And, like: Why be greedy? Over the course of 13 years and six proper studio albums (plus the batshit “Pussy Cats” Starring the Walkmen, on which more later), these dudes gave us enough sad burners and joyful bash-alongs to last a lifetime. I’m gonna keep it 100 with you real quick: After falling in utter, reckless love with their 2004 breakthrough Bows + Arrows, I tended to zone out on their career here and there. But every time I came back into the fold, I’d be rewarded with something new and wonderful: You & Me’s brawny “In the New Year,” Lisbon’s shimmering “Woe Is Me,” Heaven’s perfectly plaintive “Southern Heart.”

“Pussy Cats” is the obvious outlier: It’s a sloppy, full-length cover of Harry Nilsson’s 1974 album, itself a sloppy covers-filled curio from Nilsson’s days crashing around with John Lennon; for the album art, they wore cavemen, fruit, and monkey suits, among other things. But for a band seen, foremost, as practitioners of dourness, it was important, goddamit: a big, blunt piss-take shruggingly reminding us that they weren’t just interested in playing around in the shadows. And if nothing else, Leithauser doing Nilsson doing Jimmy Cliff will always have a special place in my heart.

The easy answer on the Walkmen’s trajectory was that they got happy, and that might be a bit reductive, but it’s also more or less true and, more importantly, totally heart-swelling. That a bunch of guys who dress like hip, bitter, intermittently angry-drunk lit professors (and I mean that as absolutely a compliment; the Walkmen are truly a great, stealth fashion inspiration) would wanna wind up their career singing out “We Can’t Be Beat” is a rare, fuzzy kind of treat.

So, in honor — but not in protest — of their “pretty extreme hiatus,” I’ve pulled together a playlist. It’s completely subjective: There’s nothing from A Hundred Miles Off, because that’s when I really checked out; there are a couple tracks given preference in small part because of their excellent titles (“Everyone Who Pretended to Like Me Is Gone” — are you kidding me?); and, despite my best attempt at self-restraint, there is every single song from Bows + Arrows. Also: There’s the Smiths’ “Please, Please, Please Let Me Get What I Want,” because I’ve long tried and failed to work into conversation my theory on how the outro on that song birthed some very important early Walkmen DNA.