‘The Walking Dead’ Season Finale Recap: Separating the Meat From the Gristle in ‘A’ 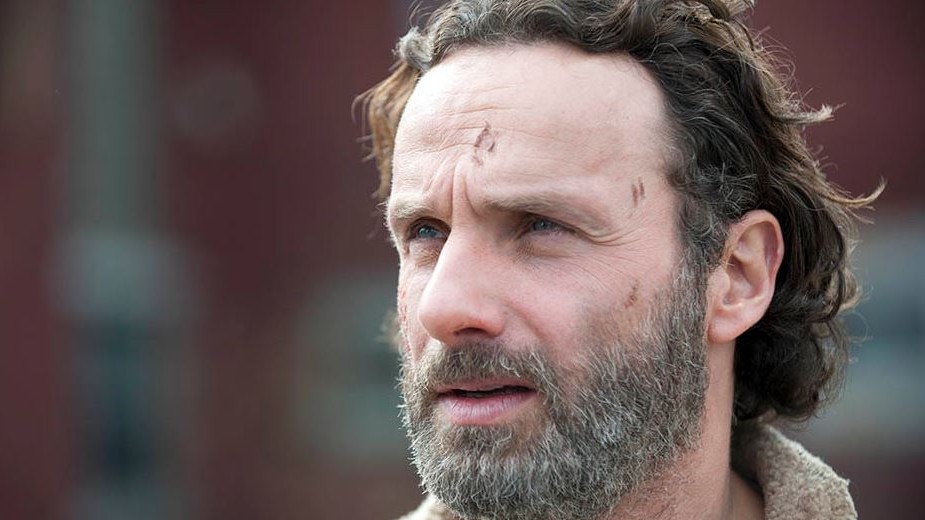 With a viewership whose growth mimics that of a flu pandemic, The Walking Dead has transcended the category of mere TV show; it might be better to think of it as a force of nature. The only thing capable of battling it back was Ellen’s Twitter-breaking selfie; and last night’s season finale is sure to leave cable ratings records in its wake like so many flesh-shorn skeletons in a gentrified postapocalyptic train yard. And as a force of nature, The Walking Dead gets to function by its own rules: If it wants, it can put down psychotic tweens like rabid house pets, have a hooch-fueled bonfire that defies emotional logic, and drag its viewers around the Georgia backwoods for half a season only to lock us in a derelict train car, shut out the lights and leave everyone hanging over the summer.

And that’s just what it did: Last night, Season 4 ended with Rick and most of his backing band the Rickettes reunited in one of Terminus’s adaptive-reuse train cars/live-meat lockers, albeit with the show’s protagonist strangely psyched to be so screwed. Why? Well, ’cause Ricky finally got his gun back. That is, metaphorically, not literally — otherwise, he wouldn’t be a prisoner in a hipster-cannibal commune facing the business end of Mary’s barbecue tongs and Gareth’s evil bangs. But the point is, Rick finally decided to stop worrying and love the zombie apocalypse. It just took him an entire season to do so. There are oh so many questions, though, as we separate the meat from the gristle of the finale, and the season as a whole, so take a seat, grab a plate of Soylent spare ribs, and let’s dig in:

Why Do Cartoonish Bad Guys Always Take Their Eyes Off the Ball?

The finale brought us at long last to Terminus, but first we took a detour down memory lane with several time-killing flashbacks about Rick’s decision to lay down his gun and take up home gardening back in the peaceful prison days. Nothing really happened here, and the chronological jumps served mainly to give us one last chance to hear Scott Wilson’s velvet voice intone Hershel’s old-timey sermons. The real action was with Rick, Michonne, and Carl as they closed in on Terminus. Of course, before they could, Joe and his Evil Anonymous Hole-in-the-Wall Gang got the drop on them at night. Practically giggling with glee as he held Rick at point-blank range, Joe promised to do many bad things to Rick, Michonne, and especially Carl to pay Rick back for zombifying his BFF Lou earlier, in one of the season’s more engaging episodes. Even though Daryl stepped in to vouch for Rick with his new abusive father figure — inexplicably laying down his crossbow to plead for Rick, Michonne, and Carl’s lives — Joe was much more interested in vengeance, and Daryl just ended up as the gang’s newest punching bag.

But when an Evil Anonymous Goon started lasciviously rubbing up against Carl, that’s when Rick finally swallowed his last moral qualm and went berserker. In slo-mo trance mode, Rick head-butted Joe, then made like McGruff the Crime Dog and took a bite out of Joe’s juicy neck. Far be it from me to quibble over small things like logic when a show has its lead literally go for the jugular — by far the highlight of the episode — but did it bother anyone else that the vastly more numerous gang of baddies could hold everyone hostage, execution-style, and not land a shot in the frenzy? Didn’t that action cliché die sometime in 1994? But the important thing was that Rick gutted the goon who’d gone after Carl, providing reason no. 234 that Carl will eventually become post–Zombie America’s foremost serial killer.

The next morning, after a little bro-to-bro chat with Daryl that featured some classic Rick hand-wringing — and a brief interlude with Michonne and Carl hugging out their own issues in the woods — the gang finally made it Terminus, whose art-colony den mother Mary we saw offering Glenn, Maggie, and company a suspect afternoon snack last week. Having been half-fooled once by the Governor and his Potemkin paradise, Rick wisely buried the backup artillery for later use and decided to take the back door into Terminus. Sneaking in and finding what looked to be a postapocalyptic start-up, our heroes actually managed to get the drop on Terminus’s skinny-jeans CEO, Gareth; but Gareth and his seductively coiffed bangs persuaded them to lower their guard and join him for lunch. On the menu: terrine of human. Fortunately, Rick spotted Glenn’s riot gear and Maggie’s poncho on two random Terminites; and the clincher was a chain protruding from the pocket of Gareth’s henchman Alex. Nope, it wasn’t a wallet chain he was wearing as an ironic fashion faux pas — it was the watch Hershel had given Glenn so many episodes ago.

The new, leaner, meaner, bitier Rick immediately took Alex hostage and demanded that Gareth tell him where he’d stowed the rest of the Rickettes while the seemingly benign Terminites pointed every last remaining automatic weapon in Georgia at the group. It seemed like Rick’s renewed ruthlessness might take the day, but Gareth just flashed a knowing smile and let his snipers blow Rick’s hostage away. Next came a rat-in-a-maze chase, as Gareth’s emo storm troopers shot at Rick et al.’s feet — without taking any kill shots. The group ran past a ritualistic chamber filled with candles pillaged from a regional arts and crafts fair before being cornered and herded into the above-mentioned train car — where they were reunited with Glenn, Sasha, Bob, and Maggie, as well as new Rickettes Tara, Eugene, Rosita, and Sergeant Abraham. While others might bemoan being served as a box lunch, Rick almost seemed to get off on it as he promised retribution, telling everyone that these Terminus poseurs were screwing with the wrong people. And cut to black.

Are We There Yet?

Just because I know I’m tempting internet IEDs from Walking Dead loyalists, let me first make something clear: I’ve watched this show since the beginning — hell, I was at the first Comic-Con panel where Frank Darabont flooded the room with zombie extras. And despite its adorably adolescent imperfections, I’ve always found levels on which to enjoy it no matter how illogical or just plain silly it gets. Basically, I’ve invested enough time in this series that it’s much more fun for me to have fun watching it. But this season, and these past eight episodes especially, have tested my patience with their aimlessness. Obviously there were some notable exceptions — say, Carol forcing Lizzie to stop and smell the roses — but Season 4 has overall felt like one long, meandering field trip to the county Museum of Existential Ennui. I’m all for character development and brownie points to TWD for attempting to fold that into the genre, but having people explicitly vocalize their internal struggles over and over doesn’t always count as character development. Sometimes, it’s just an extended couch session with me, the viewer, serving as unpaid therapist.

Yes, I’m thankful the writers decided to end on an actual cliffhanger, rather than something like Season 3’s anticlimactic showdown with the Governor, which was such a bummer that new showrunner Scott Gimple felt the need to do it all over for the midseason finale. But rehashing that hiccup of a story beat, then throwing in a plague plot and scattering the Rickettes to the wind, felt more incoherent than avant-garde. And this finale hung its hat on possibly the least compelling character arc in the show: Farmer Rick realizing he’s not Hamlet, Prince of Denmark. Would anyone really brood so relentlessly about saving his son from a clichéd villain straight out of Deliverance? I’m pretty sure most parents would go a little apeshit if their eldest child were about to get sexually assaulted and then murdered. (For that matter, why did Carl give his dad the stink-eye afterward? Buy your old man a shot and a beer to say thank you!) Essentially, Rick’s character arc this season followed the same trajectory as George McFly in Back to the Future, but it took Robert Zemeckis less than two hours to have McFly deck Biff Tannen. I’m plenty happy Rick’s got his mojo back, but did we really need this entire season to get there?

Of course, The Walking Dead doesn’t need to please me. Like I said, it’s a force of nature at this point, with a ceaseless supply of rotting corpses as cannon fodder and a Sword of Damocles it can dangle over any beloved character at any point. But even the undead can suffer from the rigor mortis of self-seriousness. And when this old corpse gets too stiff to chase us anymore, will we still tune in with those record-shattering numbers?