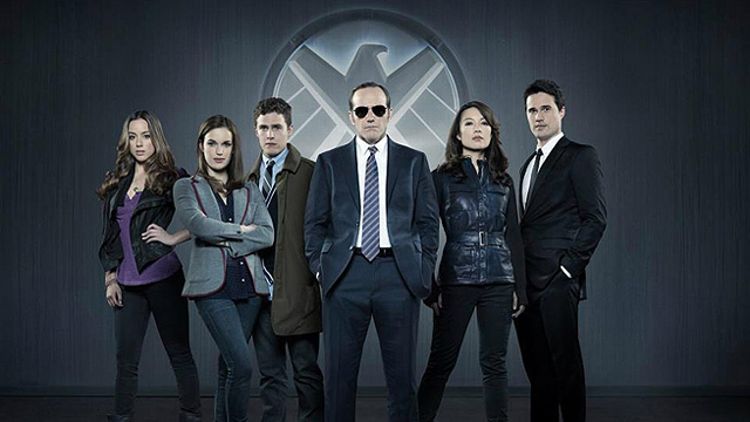 On the surface, ABC (which, it must be disclosed, shares a corporate parent with Grantland) would appear to have three major advantages going into the 2013-14 season. Scandal, its sudsy Thursday-night body wash (as in adult soap; I’m not giving this up until it catches on), is TV’s hottest drama, the rare modern show given time to find its audience that actually went ahead and found it. Modern Family, though now more sour than sweet, remains a ratings giant and Emmy magnet on Wednesday nights. And rival NBC is still around, hemorrhaging viewers and doing things like this, making it the easy and obvious target for the jokes of easy and obvious TV critics.

But dig a bit deeper and it’s clear: ABC is in a situation more desperate than a housewife and one not even Olivia Pope could fix. Despite the above-mentioned tentpoles — and including reliable reality performers The Bachelor and Dancing With the Stars — ABC has actually spent the last two seasons in an epic-fail-off with the Peacock punching bag, spending most of 2013 in last place among the 18-to-49-year-old viewers that advertisers care about. President Paul Lee’s highly touted 2012 crop of new dramas — Last Resort, 666 Park Avenue, Zero Hour, and Red Widow — all detonated faster than a nuclear missile from a rogue submarine inadvisably parked on Thursday nights, and the non–Shonda Rhimes hours that survived (weakened Revenge, word-of-mouth-fueled Nashville) are teetering. Still, Lee’s plan to stop the bleeding is a good one: He intends to broadcast most of his dramas as two uninterrupted blocks of 12 episodes in the fall and spring, à la Lost. The only issue? These new shows aren’t Lost.

Thing are better on the comedy side, where Modern Family remains an anchor, The Middle remains underrated, and Suburgatory, now held for midseason, remains underwatched. But the status quo is still plenty bleak. Lee’s foolish Tuesday-night game of sitcom chicken with Fox’s Kevin Reilly left both sides bruised, but it was ABC that suffered heavier casualties: The flawed but frisky Don’t Trust the B—- succumbed to its wounds in March, and Lee pulled the plug on the truly brilliant Happy Endings last week. A better-run network would have found a place for such an ascendant, original sitcom. ABC not only green-lit The Neighbors, it renewed it.

That America’s greatest superpower is falling in love with Clark Gregg. That the only thing wrong with Rebel Wilson was her delightful Australian accent. That Snow Patrol still has a few ballads in its back catalogue suitable for soundtracking a risky surgery. That 15 years after Seinfeld, our nation is once again ready to fall in love with family of kvetchy Jews. That if you bundle as many new series on the same night as possible, they can’t all fail together — and hey! Did you hear about that Malkovich-as-a-pirate show on NBC?

A week ago I wrote a column considering the failures of superhero stories on the small screen. In it, I suggested that the best possible way to import some of the box office–dominating caped currency would be for television to explore the smaller stories occurring just to the side of the alien invasions and Times Square smackdowns, to really unpack the idea of what it might mean to be an ordinary human in a suddenly superpowered world. I’m no pre-cog and my mutant abilities begin and end with knowing how to get under the skin of Walking Dead fans, but it sure seems like Marvel’s Agents of S.H.I.E.L.D. is the exact show I was imagining. There’s a reason the Avengers director calls his website “Whedonesque,” and that reason is shot through every frame of this trailer like gamma rays into Bruce Banner: It’s punchy, it’s funny, and it makes being stuck on the ground with a bunch of normals look as exciting as getting a piggyback ride from Iron Man. My only caveats: Other than Ming-Na Wen, this may be the dullest-looking cast ever assembled for anything; the one-sheet must resemble an Abercrombie magazine ad from 1998. And I worry that Whedon & Co. may end up Dumpster-diving into Marvel’s remainder bins for C-list villains not bound for the big screen. Though, when you think about it, that could also be amazing.

The Goldbergs, from Adam Sandler’s Happy Madison production company, fast-forwards The Wonder Years into the VHS era and replaces the family Christmas tree with a bright and shiny menorah. Though everyone appears to be Wang Chunging a bit too much for my taste in the trailer, I have to believe that any show with Jeff Garlin (Curb Your Enthusiasm), Wendi McLendon-Covey (Bridesmaids), and, as the forgetful grandpa, George Segal (California Split) can’t be all bad.

A sitcom called Trophy Wife and co-created by a veteran of the decidedly not hilarious Private Practice doesn’t seem all that promising. But look again: The executive producers are Lee Eisenberg and Gene Stupnitsky, key players in the peak seasons of The Office; the pilot was directed by Pitch Perfect‘s Jason Moore and the cast is the best assembled by any network this pilot season, including Bradley Whitford, Oscar winner Marcia Gay Harden, the toothy kid from This Is 40, and two of comedy’s most unfairly unsung ladies, Natalie Morales and Michaela Watkins. Toplining in the title role is Malin Akerman, professional good sport and the prettiest pratfaller in the game.

Did I mention all three of these shows will be airing on Tuesday nights without any preexisting series to serve as an anchor? This is either a massive bet of confidence or the desperate all-in of a defeated gambler. (I’d continue this analogy with jokes about flops or the river, but neither seems appropriate in this context.)

One lesson that networks never seem to learn is that being “in business” with wonderful, popular people doesn’t always equal wonderful, popular programming. In fact, it often results in the opposite. Super Fun Night began life last year as a multi-camera CBS pilot showcasing the charms of Australian writer/actor Rebel Wilson. When CBS realized their core demographic still equated the word “rebel” with the War of Northern Aggression and passed, ABC stepped in to try to get an ascendant comedy star under a restrictive seven-year contract as quickly as possible a deserving project on the air. Now recast and reconceived as a single-cam, the most generous thing you could say about Super Fun Night is that it may be a grower. The decision to make Wilson American seems odd, and the jokes — many of which revolve around Wilson in light-up lingerie — seem limited. Still, funny people have a way of being funny. This Night might not last long enough to see it happen.

Conversely, one lesson I’m thrilled that networks never seem to learn is that Kyle Killen writes twisty TV shows that sail over the heads of casual viewers and skate under the Mendoza Line of acceptable ratings. Three years ago Killen’s Lone Star lasted two episodes on Fox. In 2012, his smart, affecting Awake lived and died on NBC. Now it’s ABC’s turn, and it looks as if they’ve got the most marketable version of Killen yet. Mind Games (original, better title: Influence) appears to be a cerebral procedural about two brothers — one a slick ex-con (Christian Slater), the other a bipolar genius (human wet willie Steve Zahn) — who form a business helping clients get what they want through psychological motivation and manipulation. Best case, this is a heady Numb3rs. Worst case, it’s Sneakers meets Terriers meets early cancellation. But I’m intrigued.

Also: The soapy Betrayal (“Her lover is the defense attorney!”), the spooky Resurrection (decades-old Midwestern dead people are reborn in a field in China; Omar Epps investigates), the sporty Back in the Game (Bad News Bears in Breaking Gender Stereotypes and Keeping James Caan Employed), and the psychotic, psychedelic Once Upon a Time spinoff Once Upon a Time in Wonderland (Alice is a Victorian mental patient; the white rabbit looks like a CGI Howard Hesseman).

At the all-media session yesterday, Paul Lee announced that he had canceled Happy Endings because it was “too narrow.” In its place, he’s given a series order to something impossibly slight. Mixology, from the credited writers of the first Hangover film, tracks the nocturnal movements of bland, vaguely pretty people, their token ethnic friend, and one guy with a beard who’s meant to suggest Zach Galifianakis as they attempt to get wasted and get lucky on a single night — and not necessarily in that order. The trailer features jokes about how black guys were “right” about “big booties,” a Lothario who can’t remember the name of a recent conquest, a handsome English guy ralphing into a purse, and that golden chestnut of screenwriter fantasies, the hot girl who tells emo boys to stop acting like “bitches” and ravages them. Yes, comedies can get better, and yes, this is just a few minutes of cherry-picked inanity. But Mixology reminds me of a noxious schlub passed out in the corner of a bar: It’s too exhausted to be gross but still plenty gross to merit a wide berth.

Also: Lucky 7, about coworkers who win the lottery, feels like it was canceled by NBC years ago. (Oh wait! It was!) Killer Women, from producer Sofia Vergara, stars Tricia Helfer as a pistol-packing Annie in the Texas Rangers. (No, the other kind.). I get that the goal is telenovela froth mixed with Tarantino spray, but the sight of an entire church congregation emptying their sidearms into traffic doesn’t seem like winning bad taste to me. It just seems like a loser.