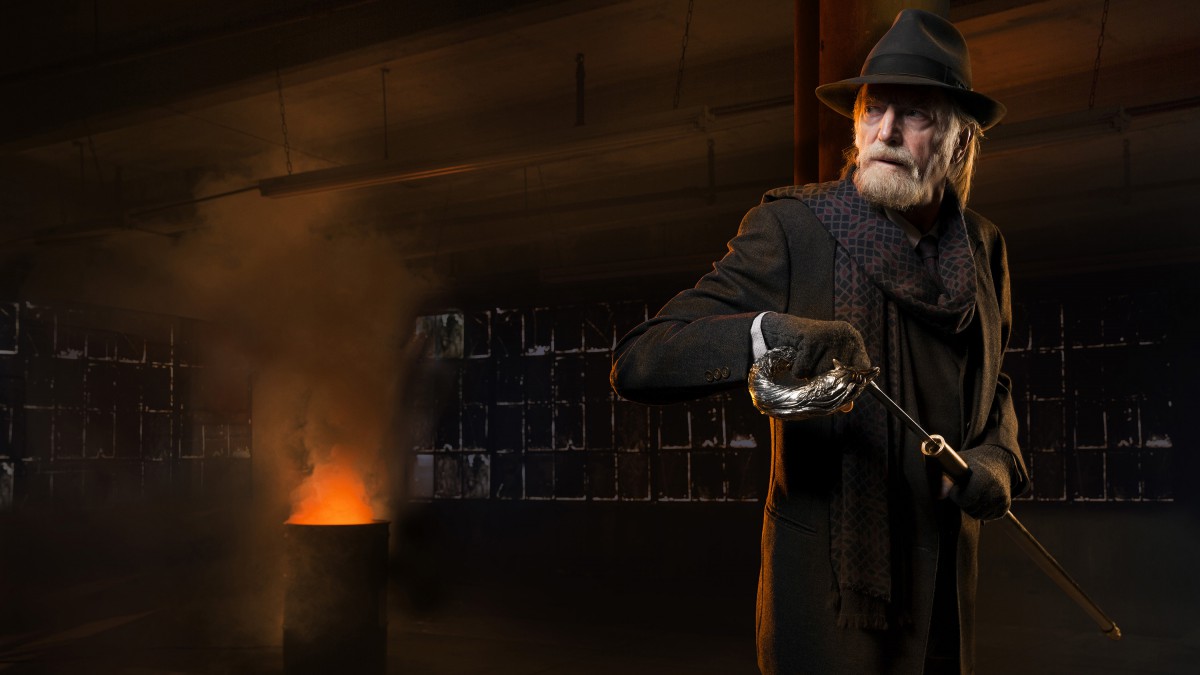 The Strain isn’t for me. I should probably admit this right at the start. I generally dislike horror movies. Vampires make me itch. And I consider the very thought of festooning Corey Stoll’s charismatically bald skull with a hairpiece to be an affront to nature, akin to dropping AstroTurf on Ayers Rock.

Still, as I watched the fumbling first episodes of Season 2 (debuting this Sunday night on FX), a larger question began to emerge: Who, exactly, is The Strain for? The show was launched a year ago with great fanfare and even greater bloodlines. Based on a best-selling series of novels by the popcorn surrealist Guillermo del Toro (Pacific Rim) and author Chuck Hogan (The Town), The Strain seemed like a slam dunk for FX. It was a way to splash around in the same arterial pool as AMC and HBO — prestige networks that had found ratings success with high-minded genre wallows — but distinguish itself with the style of its dive. In keeping with del Toro’s own artisanal sensibility, The Strain celebrated the sort of old-fashioned thrills and chills that had fallen out of favor in a found-footage universe. Early episodes were peppered with blood feuds born of Transylvanian folk tales; dashing, sword-slashing heroes; and all sorts of nasty things that go bump in the night. Considering the stone-faced seriousness of hits like The Walking Dead — a show that would much rather crack a femur than a joke — The Strain’s apparent good humor seemed like smart counterprogramming. The end of the world is a miserable thing. But watching it end doesn’t always need to be.

So why, then, was The Strain’s first season so depressing? Mainly because it never managed to figure out how to smile and show its teeth at the same time. After shooting the pilot with his trademark gusto, del Toro skipped town to play with his other, shinier toys, taking his inimitable aesthetic with him. The man left in charge, Carlton Cuse, is an accomplished writer and producer in his own right (he was half of Lost’s brain trust) but is primarily valued for his able stewardship, not visionary leadership. He’s the guy you call when you want to get a show off the ground, not necessarily to make it soar.1

The problem, I think, is that Cuse’s stability is precisely the last thing a show like The Strain needs. This is a series about vampires taking over New York, spreading their infection via a billion wriggling white worms. Bodies are drained of vital fluids, then crumpled up, like spent packages of Capri Sun. An episode ended with an afflicted Marilyn Manson surrogate flushing his detached penis down a toilet. The big bad was revealed late in the season as, literally, a big bad: a basic-cable Lon Chaney wearing what appeared to be a rubber Halloween mask who called himself The Master and napped in a king-size coffin. With bones like this, The Strain ought to have been more than a summer indulgence. It was primed to be straight-up summer camp, a rousing, splatter-pulp vision of the apocalypse with real bite — satirical and otherwise.

Instead, The Strain mostly sucked. Key performers, like Stoll (as milk-swigging CDC doctor Ephraim Goodweather), David Bradley (as cranky octogenarian slayer Abraham Setrakian), and Richard Sammel (as immortal Nazi bloodsucker Thomas Eichhorst), appeared to be in on the joke, but, unlike vampirism, their wit didn’t spread. Hewing faithfully to del Toro and Hogan’s books, Cuse saddled his characters with backstories creakier than that oversize coffin. For Eph, it was alcoholism and a wheedling son. For Setrakian, it was flashbacks to the Holocaust, a tasteless bit of actual horror squirted onto the screen like so much red dye no. 3. And that’s not even getting into the supporting cast, which featured a mean old man named Eldritch Palmer (these names!) who steers a multinational called, really, The Stoneheart Group, a sexy hacker named Dutch, assorted Gangbangers With Hearts of Gold, Harried Dads, and Mean Businesswomen Who Have No Time For Your Shit. For a while, I assumed The Strain was filling the screen with these tired tropes in order to play with them, like a fat cat blessed with an abundance of mice. But no. All of this was meant to be taken seriously. As it turned out, The Strain’s biggest disease was self-delusion. And that — more than the protruding, befanged neck-mouths; more than the fetishistic eyeball penetration — was what I just couldn’t take. 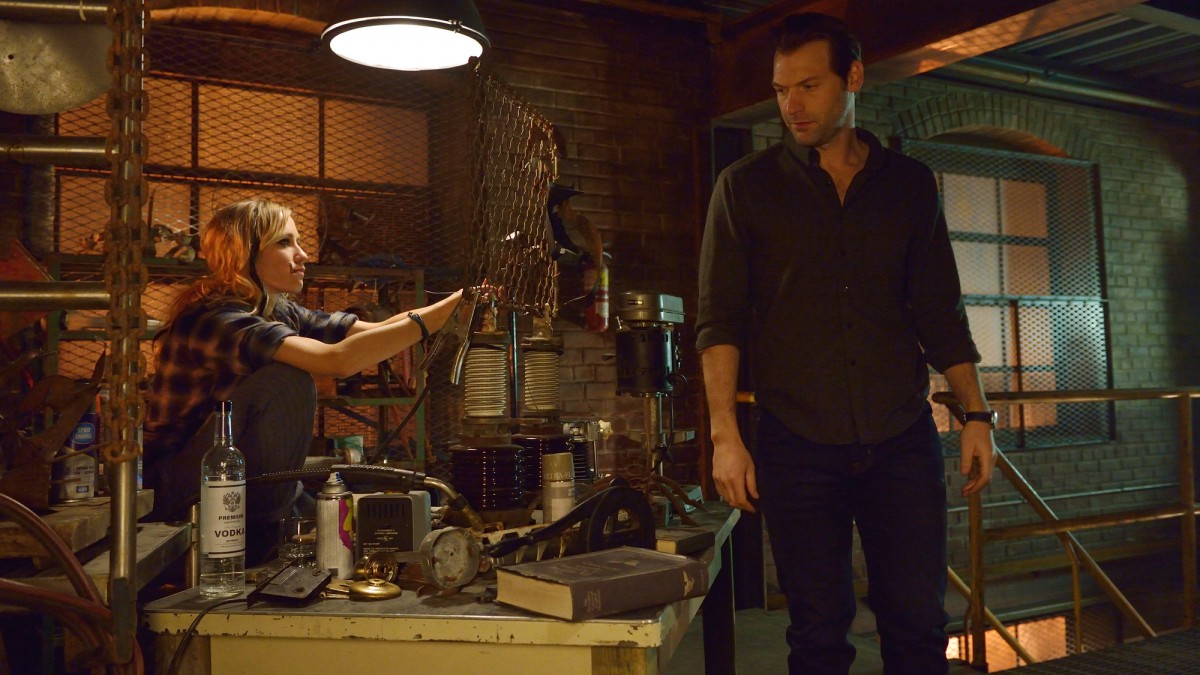 Still, I wasn’t prepared for how unpleasant it would be to revisit the show in Season 2. All the worst tics of last year are still very much on display, from lumpy storytelling (the season premiere opens with a Romanian flashback within another Romanian flashback — except one has subtitles and one doesn’t) to clumsy savagery (let’s just say that the classroom of blind kids we meet in the premiere don’t all matriculate as planned). The Strain is still camped out in the worst kind of uncanny valley, the one between the twin peaks of pulp and gore. Its inconsistency abounds: Kevin Durand’s Vasiliy spends all day securing his roof, then, once night falls, happily opens the front door at the first knock. Eph hectors his son about the harsh new reality that surrounds them and then chastises him for throwing knives. Despite the prevalence of accents, it’s the show’s American characters who appear to have learned English as a second language: “I don’t give a warm shit what you think,” sputters Eldritch to a rival, as one does.

Yet what’s truly galling about The Strain is the way it continually falls into its own traps. How could a show so weirdly specific about setting (“Smith Street, Carroll Gardens, Brooklyn” flashes on the screen in front of yet another drab image of Toronto, where the series is actually filmed) be so loose with details? Despite being well into the third or fourth week of an all-out “vampire apocalypse,”2 New York City still appears to be functioning smoothly. Sure, there are some fires here or there, but everyone appears to be going about their business relatively well: holding congratulatory press conferences, making real estate deals, chatting about the Yankees. Honestly, I’ve seen cronut lines more chaotic than this. Del Toro is loved by the geek squad not just for the extremity of his ideas but for their grandeur. How can it be that The Strain makes doomsday seem like less of an inconvenience than Santacon?

Which brings us back to the original question. Who is The Strain for? It certainly found a decent audience in Season 1: Once DVR viewing was factored in, the finale tallied about 4 million viewers. That’s not a full-on outbreak, but it’s certainly not nothing, especially for a network that just lost its most-watched show (Sons of Anarchy) and, in The Americans, is nobly supporting one of its least. Yet in the middle of a summer positively overflowing with phenomenal television, The Strain’s ineptitude stands out. We’re far past the point of banking on gratitude to indefinitely prop up genre misfires — mainly because fanboys and fangirls are now experiencing the richness of a buyer’s market. Game of Thrones, with its Brobdingnagian budgets and sweeping plot, has mainstreamed swords-and-sorcery, turning an entire generation of viewers into conspiracy-theorizing dungeonmaesters. And while The Walking Dead’s quality wobbles like a legless zombie, it remains the most popular show on television, full stop. Its nihilistic slaughter isn’t always enlightening, but it is remarkably consistent: It’s a master class in massacring that targets the pleasure center of its carnivorous audience with a crossbow and fires the bolt home, time and time again.

So my opinion about The Strain probably doesn’t much matter — certainly not with the Fangoria subscribers who are the show’s intended audience. But anyone banking on their unquestioning loyalty in 2015 strikes me as foolish. Why would a B-movie approach fly in an A-list era? It’s not as if disgruntled fans will have to look far to find another fix. You want a different vision of legendary monsters? Try Showtime’s arch, underrated Penny Dreadful. Interested in a lighter take on the end of the world? Fox’s Last Man on Earth has your back. Prefer adaptations of spooky novels? Have I mentioned BBC America’s Jonathan Strange & Mr Norrell? Oh, and if you’re dead set on seeing a major metropolis fall, why not just wait a few weeks to see what AMC’s Fear the Walking Dead will do to poor Los Angeles? Even FX’s own American Horror Story understands that the thin line between scary and silly ought to be an exhilarating tightrope, not a fatal trip wire.

Show people something they’ve never seen before, goes the conventional industry wisdom, and they’ll be powerless to look away — even in today’s wildly overstuffed marketplace. There was a good stretch over the last decade when that something was extremity: a merciless beheading, an insatiable hunger, the collapse of everything we hold dear. But the hearts and minds of TV watchers are more jaded now. We’ve seen death in nearly every imaginable form. We’ve witnessed the end of us and everything else, over and over again. The small screen has proven itself more than capable of scaring us as deeply as the big. I’m not arguing that everything on television has to be groundbreaking or original — far from it. There’s a great comfort and satisfaction to be mined from the familiar, from romantic sitcoms to straight-up spinoffs. In this age of excess, what a TV show needs to stand out isn’t always substance. It’s style. And that’s where The Strain, despite its pedigree, comes up as empty as a Transylvanian blood bank.

From FX’s perspective, this is probably OK. Style may have real value critically and creatively, but for a suite of networks looking to keep the content coffers full, five seasons of bloodletting on the cheap is an investment worth making. But that certainly doesn’t make it worth watching. As currently constructed, The Strain isn’t good enough to be noteworthy, nor is it bad enough to be remarkable. Like that thing perched atop Corey Stoll’s head, it just is.

The Deranged Knight: How the Latest ‘Arkham’ Game Embraces the Darkness and Gets Batman’s Psycho Side Right