Get Some ‘Strange’: The BBC’s Excellent New Supernatural Series Is Your Ready-Made ‘Thrones’ Replacement 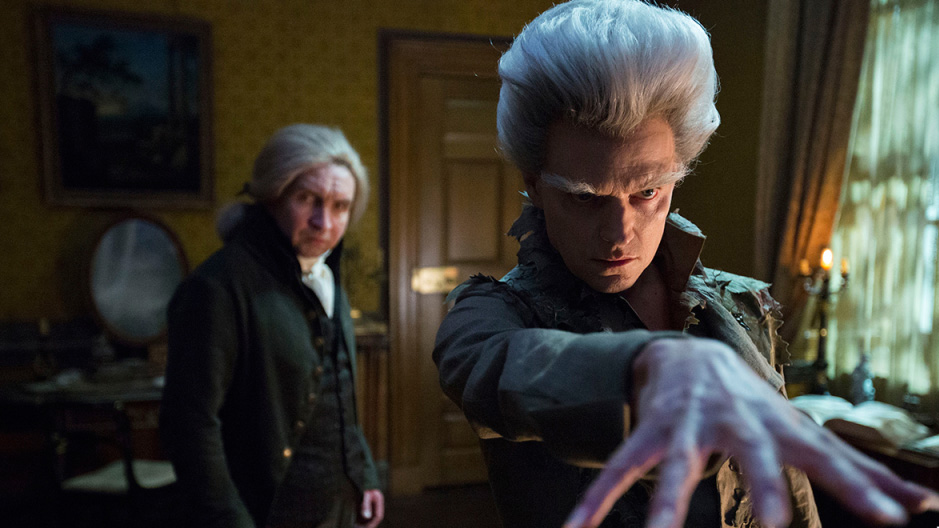 I can’t recall ever reading a book as utterly in love with other books as Susanna Clarke’s 2004 best seller, Jonathan Strange & Mr Norrell. An alternate history of a magic-suffused England during the earliest years of the 19th century, the novel’s nearly 900 pages are stuffed with references to, passages from, and kvelling over dozens upon dozens of impossibly dense-sounding publications, from Lord Portishead’s A Child’s History of the Raven King (pub. Longman, London, 1807) to William Pantler’s Three Perfectible States of Being (pub. Henry Lintot, London, 1735). That every one of these cited works is invented only adds to the majesty of Clarke’s achievement.

Jonathan Strange & Mr Norrell, on the surface, is about how two wildly contrasting gentlemen — the rakish, self-taught Strange and the bitter, studious Norrell — endeavored to restore English magic to prominence and respectability against the backdrop of the Napoleonic Wars. But at its bespectacled heart, the book is a politely riotous celebration of the written word. Clarke drove the epic novel, that rickety old stagecoach, like a Bentley. Like the impossible offspring of George Eliot and J.K. Rowling, she invented not just a world, but an entirely fictional history for that world, replete with footnotes, asides, clever in-jokes, and mystical traditions. Her rabbit holes gave way to other rabbit holes. Her fantasies came with fantasies of their own. “One is never lonely when one has a book,” is how Norrell puts it from deep within his heavy library. And when one was lost in the pages of Jonathan Strange & Mr Norrell, it was hard to disagree.

Television, of course, is a different beast altogether. It has no time for ambling digressions, little room for the stretching of narrative legs. While TV does offer considerably more real estate than movies — you can do a lot more in seven hours than you can in two — the small screen is often as curtailed as the big. One way or another, its primary function is to take a story from Point A to Point Z, never mind if the author was interested in dawdling for awhile at Point K — not to mention Point ! or Point Æ. It’s a lesson perpetually being learned by fans of HBO’s Game of Thrones, a spirited, maximalist work that despite its best efforts still seems only to skate along the surface of George R.R. Martin’s Brobdingnagian A Song of Ice and Fire series.1 And it’s a clear concern for devotees of Jonathan Strange & Mr Norrell, which arrives this Saturday night as a seven-part miniseries on BBC America. How to condense a novel whose many pleasures lie chiefly in its excess? In both Clarke’s book and the miniseries, Mr. Norrell is aghast at the thought of giving up even one of his precious, magical volumes. Imagine how he’d feel about the sacrifice of entire shelves of his collection, not to mention great reams of his personality?

Dear reader, allow me to put your mind at ease. The television version of Jonathan Strange is a remarkable enchantment in its own right. Keenly adapted and directed by Doctor Who veterans Peter Harness and Toby Haynes, the series succeeds as much for what it doesn’t do as for what it does. Gone are Clarke’s charming curlicues and detours, her brilliant mimicking of 19th-century literary traditions, her love of folklore, church spires, and teacakes. Though clearly a great fan of her work, Harness understands that a great adaptation involves more sculpting than tracing; he uses a chisel, not a hammer, to finely chip away at the book until only a lean, gleaming story remains.

But what a story! It’s 1806 and in rural Yorkshire a genteel club convenes once a month to swap tall tales and eat meat. They call themselves “The Friends of English Magic” and are quite proud to say that they are only “theoretical” magicians — meaning they don’t actually do any of the dirty business themselves. No one does. Magic, you see, was once “as much a part of this country as the rain,” one member explains to another. “Then it died, seemingly overnight.” Soon enough the club’s attention is drawn to a small, mysterious man set on resurrecting the lost art. This is Gilbert Norrell (Ray Donovan’s Eddie Marsan), a sour pipsqueak who makes Harry Potter look like the Rock. Having bought up nearly every magical reference book in Christendom and barricaded himself in his mansion for years perfecting his technique, Norrell is now prepared to present himself as not only England’s lone “practical” magician, but a decent one as well. “Magic,” he insists, “must be respectable.”

After revealing himself in stupendous fashion in a Yorkshire church — statues, it seems, can be quite chatty under the right set of spells — Norrell and his enigmatic assistant, Childermass (Game of Thrones’s Enzo Cilenti), move to London and attempt to ingratiate themselves into high society. This proves rather difficult at first, as Norrell’s greatest power seems to be making himself disappear, especially at parties. But when Lady Pole (Alice Englert), the young bride of an influential cabinet minister, dies suddenly, Norrell decides to dabble in the darker arts in an attempt to curry favor. The magic he uses to revive Lady Pole isn’t the respectable sort at all — in fact, it’s in the style of the Raven King, a possibly mythical, definitely scary 16th-century English mage who stalks the story like a shadow. Desperate for approval and acclaim, Norrell summons the Gentleman With the Thistle-down Hair (The Good Wife’s Marc Warren), a devious faerie with a sinister agenda of his own. With his help, Lady Pole is restored to life — more or less — but a forgotten danger returns to the world along with her. 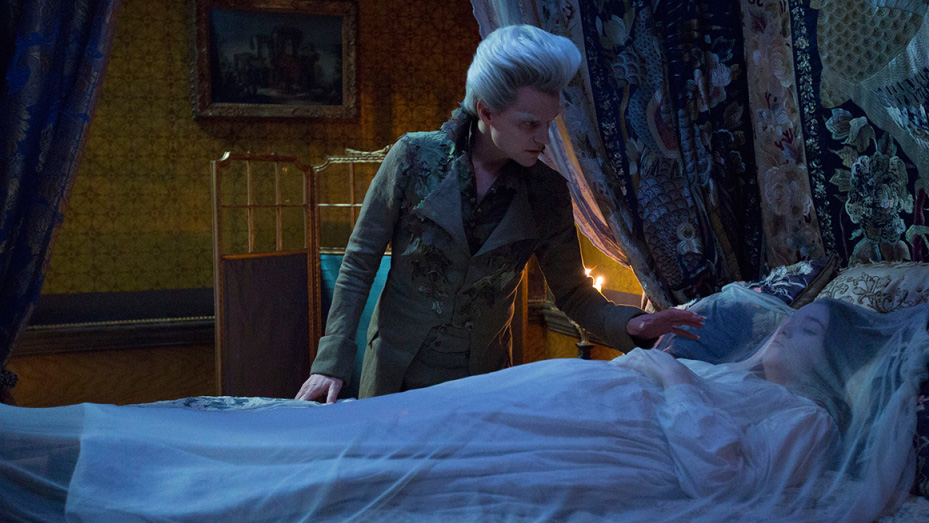 There’s another magician, too, of course, though in many ways he’s even less likely than Norrell. Jonathan Strange (Babylon’s Bertie Carvel) is an aimless playboy, desperately in love with the minister’s sister, Arabella (Charlotte Riley, last seen in Edge of Tomorrow). When a grubby street performer called Vinculus (the terrific Paul Kaye, from Game of Thrones) accosts Strange in a meadow, declaring him to be a great magician, Jonathan has nothing better to do than try it out for himself. As the miniseries ranges from London drawing rooms to Portuguese battlefields, faerie kingdoms and beyond, the engine that drives it is the fiery combustion between England’s two living wizards. They make for an unlikely pair: Norrell, a joyless grinder, and Strange, a miraculous savant, who likens spells to “music playing in the back of one’s head.” United for a time, they accomplish great things, particularly for the British army (the French coast is blockaded by ghost ships made of rain; Strange paves a path for the English infantry straight through some rocky terrain). And the actors, Marsan and Carvel, are utterly fantastic together; the former oozing a strangely sympathetic peevishness, the latter able to walk the tightrope between heroism and naivete. But Norrell and Strange are too different, in temperament and outlook, to be colleagues for long. As the rift between them grows — and the influence of the Gentleman widens — the future of English magic, as well as England itself, hangs in the balance.

The risk for an undertaking like this is that it comes off as Masterpiece Mystery Theater 3000, an uncomfortable mash-up of stiff upper lips and wibbly fanboy indulgence. But Harness and Haynes have smartly zeroed in on the magic that Clarke cares about most. It’s not the sort that moves mountains and animates the dead, but the kind that hides, in plain sight, all around us: in books, in dreams, on the other side of the mirror. For Norrell and Strange, magic is something to be discovered and savored, like the last biscuit in the tin. Watching the two learn, collaborate, and compete is as engaging for the audience as it is for them. It’s even greeted, at least initially, with a wonderfully British skepticism: When confronted with Strange’s magical road, Lord Wellington sniffs that it really could be straighter.

But for those caught up in Strange and Norrell’s wake, magic is far more perilous — as much a threat to cultural norms as it is to natural law. It’s the Gentleman With the Thistle-down Hair who embodies this most of all, as he spies and meddles on the plot from his side of the looking glass. He’s not a villain so much as he is a consequence of the humans’ vanity. Thanks to his Faustian bargain with Norrell, the Gentleman holds Lady Pole hostage nightly in his dream mansion (called Lost-hope), forcing her to dance, see, and be seen in a way that doesn’t appear all too different from her expected role by her husband’s side. And the Gentleman also takes a special interest in Stephen Black (Ariyon Bakare), Lord Pole’s butler and the child of an African slave. Though treated with respect by the Poles, Stephen is enchanted by the Gentleman for personal reasons: Only the faerie has the temerity to suggest that a black man could be more than a servant in 19th-century Britain, that, in fact, he ought to be a king. Spell by spell, the sorcery in Jonathan Strange & Mr Norrell uncovers a rougher truth hidden beneath the wigs and gentility. It doesn’t create illusions. It destroys them.

That said, Jonathan Strange & Mr Norrell remains a resolutely courteous sort of show. It has no ice zombies and precious little death. (“Could a magician kill a man by magic?” Wellington asks Strange. “I suppose a magician might,” comes the reply. “But a gentleman never could.”) Yet the comparison to Game of Thrones remains apt. Both are works of wild, untamed creativity that suggest the possibilities as well as the limits of contemporary television. There simply is no better place to see sprawling, exhilarating stories like these. There is, however, still a place to get more of them: Within the well-worn covers of the original books. A few decades ago, when culture seemed trapped in a binary of overstuffed novels and slim, reductive adaptations of them, this would have read as faint praise. Why take the highway when the scenic route is so much richer? But now second-screen experiences are more familiar than paper cuts. We search for supplementary texts even for shows and phenomenons that have no written source material — just look at what Lost hath wrought. BBC America’s Jonathan Strange & Mr Norrell stands proudly on its own; I recommend it without reservation, especially to those looking for some fantasy methadone in the wake of Thrones’s season finale on Sunday. Yet the best way to enjoy it might be to watch while turning the pages of Clarke’s hefty tome. The alchemy that crackles between the two mediums might not be magic — but it’s the closest thing we’ve got.

The ‘Game of Thrones’ Book Symposium: A Spoiler-Filled Discussion of Season 5, Changes From the Text, and All Things George R.R. Martin