FX Spins Off a New Network with Sunny and The League, Reveals Ambitious Plans for TV Domination 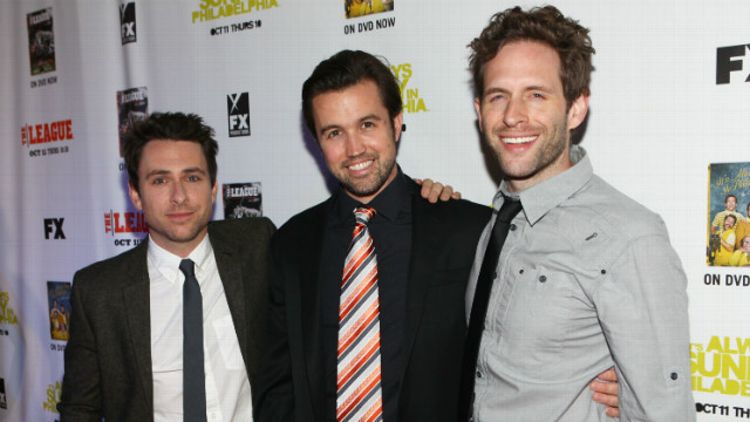 Looking back, it was easy to spot the signs. It started with the wild binging on the first-run rights to Hollywood movies, an exercise in quality-irrelevant hoarding not seen since Billy Bob and his terrifying tsunami of plastic toys. Then there was the subtle transition of the little-watched Fox Movie Channel to the marginally more-watched FXM. Finally, in January, Broadcasting & Cable spilled the rest of the unverified beans: FX was considering splitting itself into two, an act of media mitosis that would potentially segregate the network’s comedy from its drama and leave its best show — the hilariously sad Louie — in genre limbo.

I should have known better than to assume that FX president John Landgraf — the man who empowered Louis C.K. with a six-figure check and a Steadicam in the first place — would ever do anything quite so timid. This morning in Manhattan, in addition to unveiling a new network slogan borrowed from the applications to be Ryan Murphy’s assistant (“Fearless”), Landgraf confirmed the scuttlebutt: A new channel, FXX, will debut this September, with a focus on the much-coveted 18-34-year-old demographic. As expected, fratty stalwarts It’s Always Sunny in Philadelphia and The League will migrate to the new network (both were also renewed through 2014) along with a second season of Legit and the pleasantly surprising Totally Biased With W. Kamau Bell, which will be expanded to five nights a week. But Landgraf went to great lengths to explain how this split differs from the two established models for multiplicity in broadcasting, the “plex” strategy used by the hundreds of HBOs and Showtimes and the “sister/lovers” policy Turner employs with its temperamentally distinct offspring TNT (drama) and TBS (comedy).

Instead, Landgraf would like us to consider the fertile FX as a “family” of networks, with each channel as an “adult sibling” with overlapping tastes but differing priorities. FXM is the graying hipster who loved The Shield and now binges on Downton Abbey (but won’t turn off The Social Network upon discovering it halfway through), FX the drama-devouring thirtysomething, and FXX the Snapchatting delinquent living above the garage. (All of them, Landgraf took pains to note, love Justified.) Buttressing this ambitious divide is a serious increase in development dollars: Landgraf spoke of not only challenging his prestige peers like HBO but the broadcast networks themselves. Emboldened by Sons of Anarchy‘s weekly sonning of the hidebound Big Four in the ratings, Landgraf announced a plan to scale up scripted programming to 25 series across all three platforms, a number that would put his slate on par with CBS or ABC. Interestingly, he also took a swipe at future competitors, making a point of mentioning Netflix and Amazon by name — and giving equal shine to FXNow, his upcoming in-house digital delivery system that will soon post original episodes the morning after they air.

Parsing the deep demographic spreadsheet sorcery that instigated these moves is an endeavor best left to others, and it remains to be seen whether the advertisers assembled at Cipriani this morning were sold on buying in. (From what I could tell from my media stream of the event, they didn’t even cheer when Keri Russell threatened Margo Martindale in a clip from the The Americans. Do their hearts not beat like those of non-corporatized earthmen?!?) What’s clear is that the long-term success of FX’s new hydra-headed approach depends on Landgraf’s impressive acumen as a programmer. After all, the only thing harder than developing a hit show is developing more hit shows. And while Justified, Sons of Anarchy, Archer, American Horror Story, The Americans, and Louie (all renewed; the latter not returning until May 2014) are an impressive foundation, the pressure will be on to fill all the newly created airspace with complementary pieces.

To his credit, Landgraf appears to be off to a remarkably good start: The sizzle reel for The Bridge, a cross-border murder mystery debuting in July from Homeland producer Meredith Stiehm, looked legitimately outstanding, and Tyrant, a recently announced pilot from Homeland‘s Howard Gordon and Gideon Raff (notice a theme? Hollywood: If you can’t beat ’em, hire ’em!) just snagged Oscar winner Ang Lee as director. There are other big names on tap, including Guillermo del Toro (who plans to direct the pilot of his vampire plague novel The Strain; Lost‘s Carlton Cuse is also involved), Danny McBride (a white rapper cartoon called Chozen) and, most intriguingly, professional genius Charlie Kaufman, whose announced sitcom pilot, How & Why marks his first television work since The Dana Carvey Show. The rest of the schedule will be filled by an astute blend of on-brand acquired properties (including Arrested Development, Parks and Recreation, and Freaks & Geeks) and 1 billion reruns of Anger Management. (Even Michelangelo had to pay the rent.)

But to my mind the smartest announcement may have been the most subtle. In a move that seems obvious in the wake of House of Cards‘ binge-watching success and the good old days–sized numbers delivered by Hatfields & McCoys, Landgraf revealed a renewed commitment to old-fashioned miniseries. It’s a vestige of TV’s less-fractured past that actually makes more sense now. All series end at some point, but even the most forgettable of them can now enjoy a lucrative afterlife across multiple platforms. Green-lighting an acceptable conclusion from the get-go only adds to the resale value. Plus, it’s generally easier to get A-list talent to commit to something that has a departure date built in. But there’s another virtue to the humble mini-series, one only HBO has demonstrated the budget or inclination to realize. And so, like a balding, bespoke Billy Beane, Landgraf seems primed to take advantage of yet another inefficiency in the system: the glut of passion projects languishing in the hard drives of movie types that are too smart or too small to merit much interest at the studio level. The projects he announced this morning were plenty impressive: a 10-episode adaptation of Fargo overseen by the Coen brothers (and, less promisingly, My Generation auteur Noah Hawley), a bank robbery tale from Alexander Payne, a take on the Mayflower by Paul Giamatti and yet another canine-inspired effort from The Shield‘s Shawn Ryan. And with those names confirmed, one can only imagine the meetings being set up this afternoon on behalf of frustrated directors all over town. I wouldn’t be surprised if it were mere snobbery that’s kept indie auteurs like Nicolas Winding Refn, David Gordon Green, and Nicole Holofcener away from developing personal projects for TV; it’s probably because they haven’t been asked.

It’s a delicate game Landgraf is attempting, curating a very 21st-century portfolio of cobranded content providers while still very much believing in the big-tent approach that last succeeded when “the Rachel” was still a thing. Despite the speedboat dreams of executives, there really are only a finite number of eyeballs to fight over — not to mention only so many scripts actually worthy of a network green light. Flooding the zone like this gets plenty of attention, but it could also end up diluting what to date has been a pretty successful formula. But even despite a worrying tendency to sound like Ben Stiller in Reality Bites when discussing the target audience for FXX (“a rebellious passion for the unexpected and unique”; also, swingin’ on the flippity-flop!), I wouldn’t bet against him. Once you’ve said “no” to Kurt Sutter, getting millions of people to say yes to a couple of new networks has got to be a piece of cake.

Filed Under: FX, The League

Lil Wayne, Human Being: The Latter-day Stumblings of the Former Greatest Rapper Alive