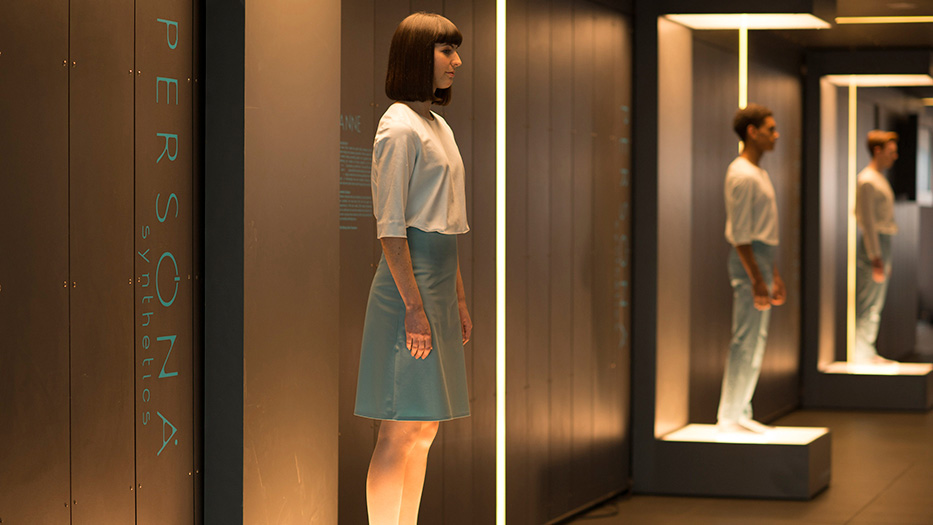 Traditionally, stories about artificial intelligence have been told to frighten as much as to entertain. From Metropolis to The Matrix, Hollywood has a long and rich history of stoking robophobia. And, throughout, the only thing more consistently terrifying than the threat of an android uprising was the persistent ignorance of their makers. The suckers who built Skynet sure could dream big, but in the process they deluded themselves: How could any species capable of creating such wondrous machines ever fall victim to them? Other than every which way, of course, with a special emphasis on violently, terribly, and often.

Contemporary sci-fi takes a slightly different tack, mainly because the anxious hypotheticals of even the recent past are no longer hypothetical. They’re here. True, we lack liquid-metal assassins and our bodies remain blessedly free of gaping headphone jacks. But the techno-infiltration of our daily lives is otherwise utterly complete: We entrust memories to servers, “like” things by touching screens, and carry an omniscient busybody named Siri around with us in our pockets. The real age of Ultron started about four phones ago, and I haven’t heard anyone complain about it yet. In response to this, today’s smartest science fiction considers the eternal schism between man and machine not in terms of winning a future war, but rather in terms of negotiating a fragile peace. In just 10 short years, we went from the angry dystopia of I, Robot to the melancholy romance of Her. The majority of us no longer hate and fear technology. Rather, we love it so much it hurts.

Humans, debuting Sunday at 9 p.m. ET on AMC, doesn’t take place in any particular year; it could be tomorrow or it could be 2035. This is important; the lack of specificity adds to the mystery and heightens the immediacy. The setting is London — Humans is a coproduction with the U.K.’s Channel 4, and it debuted there the other week to record ratings — and the only obvious difference between its vision of the city and our own is the Synths, a fleet of creepily perfect humanoids who fill the margins of everyday existence. With their unnaturally bright eyes and unsettling, slack expressions, Synths labor as patient ticket-takers on railways, uncomplaining laborers in orchards, and judgment-free sex toys in whorehouses. They are also, unsurprisingly, the hippest accessory to add to one’s home. In Sunday’s pilot, Joe Hawkins (Tom Goodman-Hill) — sick of dealing with his three kids alone while Laura (Katherine Parkinson), his lawyer wife, is away on one of her many business trips — motors off to the mall in search of relief. He finds it in the alluring form of Anita (Gemma Chan), a top-of-the-line domestic Synth programmed to cook, clean, and stay as surreptitious as possible. (She also comes with a secondary coding of “adult protocols” that Joe, as Anita’s primary user, happily stuffs into his back pocket for future reference.)

The arrival of Anita delights half of the family: Joe is thrilled, son Toby is turned on, and youngest daughter Sophie clings to the robot like a surrogate parent. Laura, however, is both offended and threatened. Did the hole created by her frequent absences really need to be filled so dramatically? And why does it seem like Anita keeps looking at her strangely? Also upset is eldest daughter Mattie (Lucy Carless), a computing genius shrugging off school because she sees little value in a world where only fake people do real work. (“So we’re all going to be poets now?” she sneers after watching a utopian sociologist interviewed on television. “What utter crap!”) Humans nails the million quotidian keystrokes that add up into a functioning household program: the shifting allegiances, the zigzagging moods, the constant struggle between security and confinement. Laura’s displacement from stereotypical motherly duties is especially fascinating and sly. Is it Anita’s competence that upsets Laura so much or is it something else that shouldn’t be there, a wit and empathy that suggests consciousness instead of code? 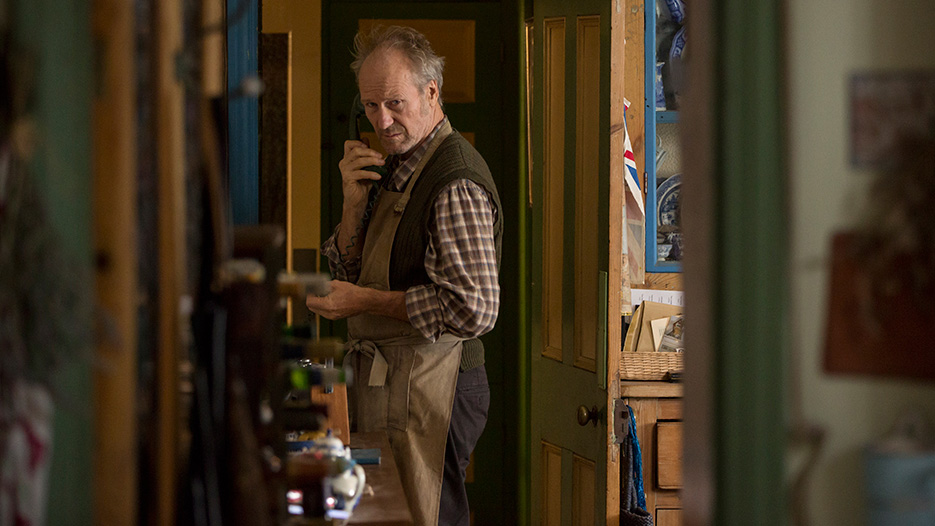 The show would earn my recommendation simply by embedding with the Hawkinses, but they are only part of Humans’s broader canvas. There’s Pete Drummond (Neil Maskell), a detective on the Special Technologies Task Force who deals with robot-related crimes by day and, at night, must contend with the sight of Jill, his injured wife (Babylon’s Jill Halfpenny), being tenderly nursed back to health by a studly Synth named Simon. And there’s also William Hurt as aging American Dr. George Millican, a man who once contributed to the creation of Synths but is now living a sedentary life with only Odi (Game of Thrones’s Will Tudor), a woefully outdated, childlike Synth for company. Hurt has a reputation for being prickly, both in life and in performance, but he’s wonderfully open here. His George is the beating heart of an often chilly show. That the love he invests in Odi isn’t returned is beside the point. What matters most is that this assemblage of chips and wires is capable of inspiring such love in the first place.

Love is the dominant emotion in Humans’s other major arc as well, which concerns Leo, a mysterious militant (Merlin’s Colin Morgan) attempting to reunite a “family” of apparently self-aware Synths. Leo is himself being pursued by Hobb (Danny Webb), a gruff human quasi-cop who is saddled with the show’s lone villainous role and, as such, also burdened with its creakiest dialogue. (“He’s Mona Lisa,” Hobb intones over the body of a sentient Synth. “He’s penicillin. He’s the atom bomb.”) It’s this story line that gives Humans its dramatic thrust and also a hint at the larger story to come. (I’ve seen only two episodes, but the Swedish drama upon which it was based, Real Humans, stretched across 20 hours and two seasons.) Yet despite Leo’s frequent fights, the show around him seems impressively uninterested in sweeping conflicts. There’s no sense that the Synths need to be stopped. Rather, they must be reckoned with, respected, and understood. “Upgrade” is, after all, just another word for progress.

When Humans stumbles, it’s often a result of executive producers Sam Vincent and Jonathan Brackley (MI-5) wading too deep into theoretical waters, such as when Laura chooses bedtime to muse flabbily on the nature of parental affection or when Isaac Asimov shout-outs give way to liberal quotations of the great German philosopher Haddaway. Some viewers might remember that many of these ideas were wrestled with more nimbly in another British series, the devastatingly great Black Mirror. (Others might reference Ex Machina, a recent robo-film that has been well received, though I haven’t yet had the pleasure.) This is an accurate point — particularly in the case of the heart-shredding Black Mirror episode “Be Right Back” — but an unfair comparison. Thanks to their limited run time, anthology series and films are able to explore the myriad tonalities of a single mood; like the robots that build our cars, they are programmed to do one thing and do it extremely well. As an ongoing concern, Humans has to spread its net wider, sink its hooks in deeper. What I appreciate most about the show is that, despite its thematic ambition, its charms are entirely grounded and specific: the glorious hum of a Synth powering up, the sad-clown clumsiness of Dr. Millican in his garden, the way Gemma Chan swivels her head to catch a glimpse of the moon. Her face betrays nothing; her actions give everything away. Humans rightfully suggests that robots aren’t our rivals, they’re merely our reflections. Everything they do that scares us is already spinning, like an unattended hard drive, deep within ourselves.

Boys to Spider-Men: We Have a New Web-Slinger, and He Actually Looks Like a Teenager This Time