Boys to Spider-Men: We Have a New Web-Slinger, and He Actually Looks Like a Teenager This Time 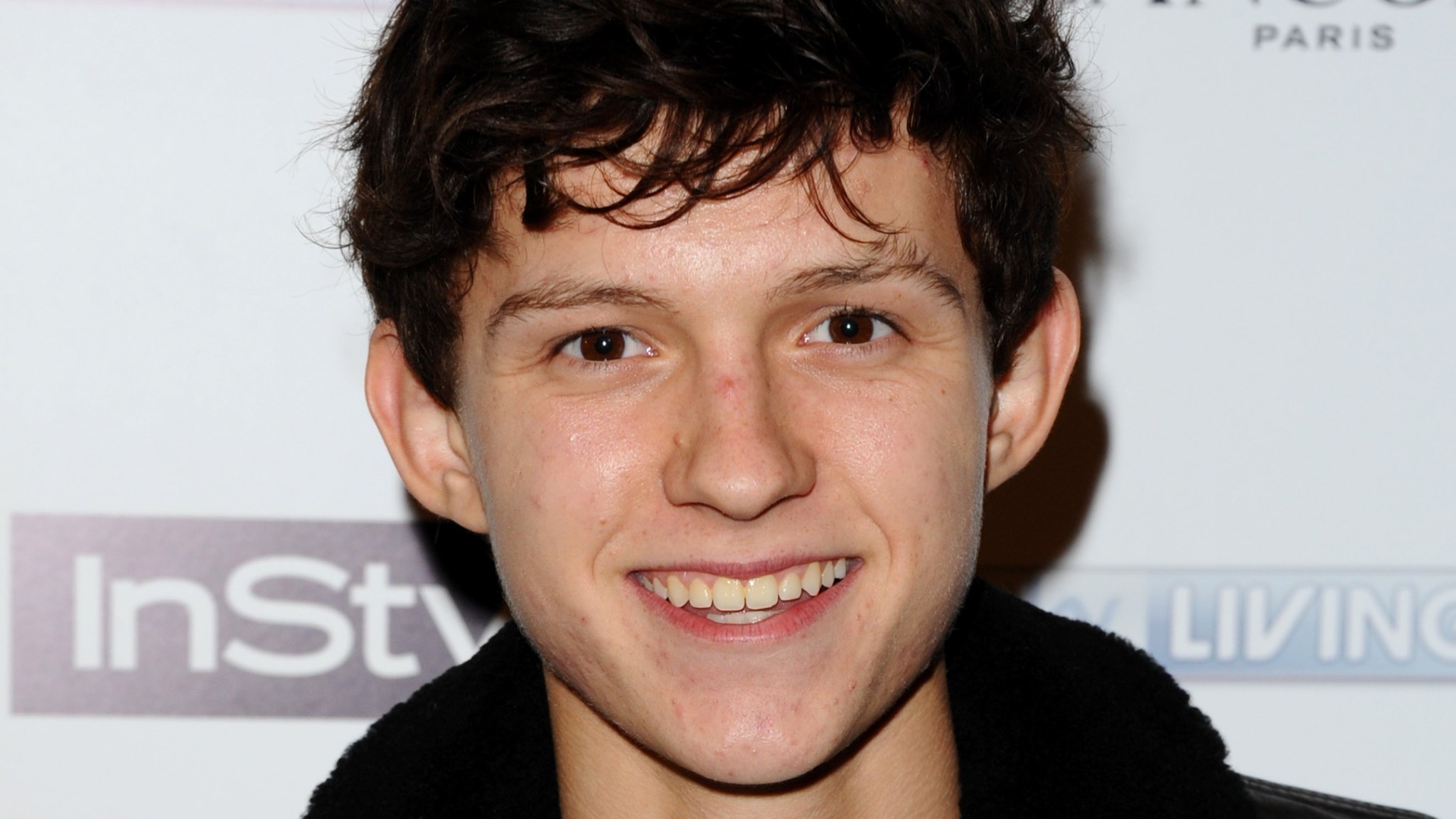 You know the old story. A mild-mannered high school student with an interest in photography and an aptitude for science is fatefully bitten by a radioactive spider, bestowing upon his bird-chested frame the proportional strength of said spider and the somewhat disconcerting ability to climb up walls and stick to ceilings. Oh, and also the ability to sense immediate dangers to his now-superpowered person.1 That’s not important now. What’s important is that this young man — usually named Peter Parker but sometimes not, depending on which universe we’re talking about; more on this later — dubs himself Spider-Man and, through the liberal exercise of his newfound talents and a not-small amount of personal tragedy, eventually discovers a fundamental truth about power and responsibility. That truth? With a great amount of the former comes a proportionally great amount of the latter.2

I mention this tale — which you have likely been familiar with since the story was first transmitted to you in the womb via amniotic osmosis as required by Article 5, Subclause 3A of the world constitution governing hereditary pop culture properties — because we have two new Spider-Men. First, let’s discuss the one everyone’s talking about.

On the movie front, yesterday’s big announcement was that Tom Holland, a relatively unknown 19-year-old British actor, will be the next brown-haired white man to play the iconic web-slinger.3 He got the part after beating out a host of other wan, young thespians, including Asa Butterfield (best known for 2013’s “The Book Was Better” award winner Ender’s Game) and Charlie Plummer (who played one of Shea Whigham’s massive brood on Boardwalk Empire), in a “secret” screen test that was so “secret” it was written about in The Hollywood Reporter. Marvel Studios execs could have just gone to Holland’s Instagram page, which features several videos of the actor doing backflips off his deck, a talent that’s sure to save producers roughly a week’s worth of sushi lunches in CGI and stunt coordinator costs. Holland’s best IMDb credit is probably The Impossible, starring Naomi Watts and Ewan “Why, yes, I’d play Obi-Wan Kenobi again” McGregor in a family’s struggle to survive the 2004 Indian Ocean tsunami.

https://instagram.com/p/4MeUrXMdqo/
Many of the most notable arcs in Big Two (Marvel and DC) comics history are origin tales, retcons of origin tales, or alternate-dimension versions of origin tales. When an iconic comic-book character falters, either by ceasing to be a dependable ATM for its owners or by bogging down under the weight of decades of continuity and done-to-death-and-back-again plot devices (or some combination thereof), the easiest solution is to return the character to its core elemental state. It’s an attempt to recapture the magic that turned said character from a Silver Age Hail Mary, born from the imaginations of put-upon work-for-hire schlubs, into an internationally beloved cash cow stabled in a corporation’s Raiders of the Lost Ark I.P. warehouse.4

2014’s The Amazing Spider-Man 2, directed by Marc Webb and starring Andrew Garfield and Emma Stone, took in just over $700 million in worldwide box office. Decent sequel cash, to be sure, but not the kind of money a studio can build a universe with. Sony — the studio that has long controlled Spider-Man’s movie rights — was hoping to spin ASM2 into its own multiple-franchise-sustaining continuity with movies built around the Sinister Six (a supervillain team from Spidey’s rogues’ gallery that no one has much cared about since the early ’60s) and Venom (Spider-Man’s self-aware alien-costume being worn by a bodybuilder with rage issues). That’s not exactly scintillating source material. Though, to be fair, I would’ve said the same thing about Thor in 2010 before those movies grossed like a billion dollars worldwide.

Ex–Marvel Studios head and Sinister Six/Venom producer Avi Arad had this to say in that heady spring of 2014 before ASM2 opened like a limp handshake glistening with sweat:

“Venom hated only one guy – Spider-Man,” Arad told SFX. “He wasn’t innately bad, he was a shortcut guy, not really into fighting hard for achievement. That’s the Venom story. Can he also be a good guy? As you know, Venom was also called ‘lethal defender of the innocent.’ We had a great history with him, especially caring for the homeless, which is a very sensitive issue and something that many of us are very concerned with.”

Yeah, whatever that means. Shockingly, there doesn’t seem to be much interest in a movie franchise based on “a shortcut guy” who’s “not really into fighting hard” and cares about the homeless. And the release date for Sinister Six was moved from 2016 to possibly never.

In February, Sony tacitly admitted it lacks the creative ammo to establish a shared comic-book-movie universe and acceded to a Spider-Man custody-sharing agreement with Marvel Studios.5 Whatever you think of the Marvel movies, a not-insignificant factor in their landscape-altering box office success is studio head Kevin Feige’s understanding of the essence of Marvel’s characters. Tony Stark is the asshole neocon womanizer. Captain America is the man out of time. Black Widow is the turncoat spy with shaky morals. Thor is the swaggering god-prince who discovers humility. So, it makes sense that upon reacquiring Marvel’s most iconic hero, the first order of business for Feige and Marvel Studios would be to turn Peter Parker back into a teenager by casting a teenager who actually looks like a teenager, instead of a dude who looks like he could land Emma Stone (and indeed has). 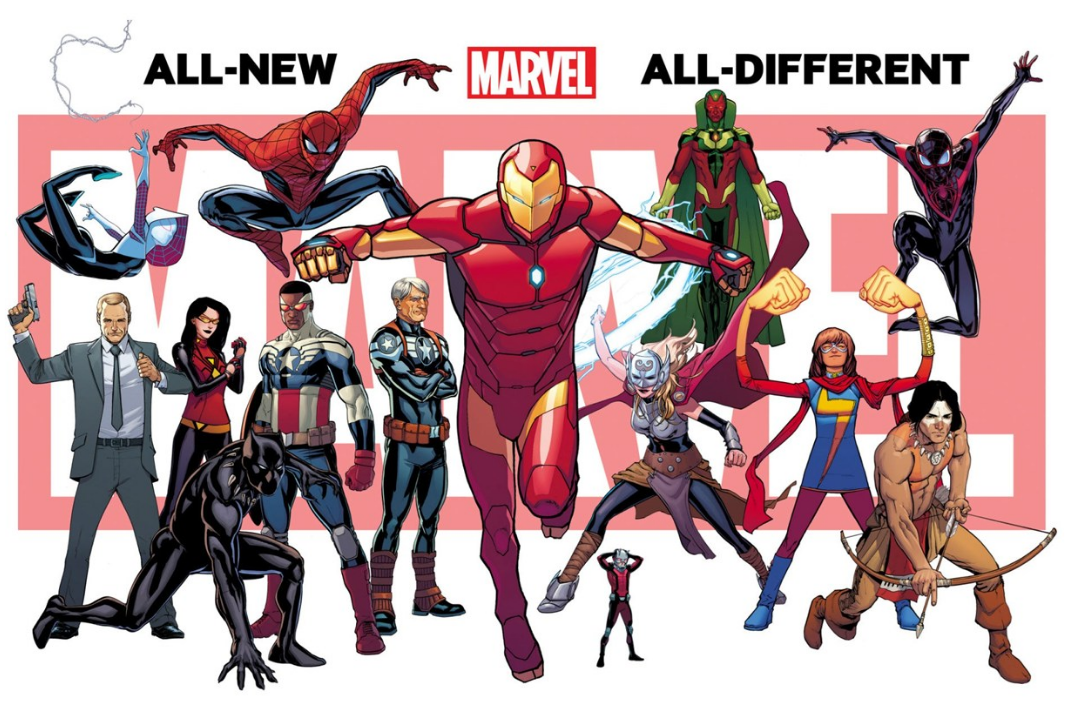 More broadly, the re-teening of movie Spider-Man mirrors the universewide reset taking place on the comics side of Marvel’s vertically integrated currency machine. As the result of several years’ worth of story arcs, Marvel’s two main continuities — and many others in between — have been destroyed, crashing together to create a mash-up reality in which characters and their alt-dimension selves exist under the aegis of a god-powered Doctor Doom. When the cosmic dust eventually settles, Spider-Man will be a teenager again. He just won’t be Peter Parker. He’ll be a kid named Miles Morales. And that’s kind of for the best.

Peter Parker made his comics debut in 1962 as a nebbishy high school student, and in the story lines of 2015, he’s somewhere in his thirties. In that time, Parker has passed all the quotidian milestones that a real-life person expects to pass during his long and cynical road to fictional adulthood. He moved out of his aunt’s house, got a job, and, in 1987, got married to Mary Jane Watson. Stan Lee has said that “the illusion of change” is the secret to Marvel’s storytelling, and over the years, Marvel’s creators and editors have gone to totally acid-trip insane lengths to make Spidey seem different but the same. He changed costumes a few times. Doctor Octopus switched bodies with him. He joined the Avengers and publicly revealed his identity.6 Most controversially, he had his marriage to Mary Jane (as well as his identity reveal) erased from existence by the supervillain Mephisto in a divisive story arc known as “One More Day.” 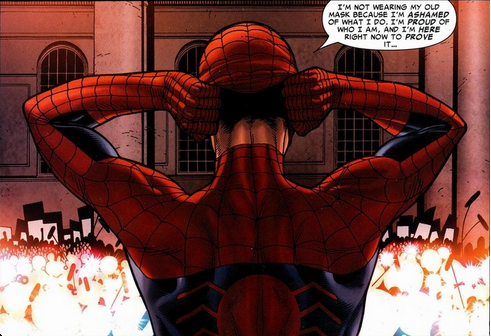 Seeking to repackage its best-known characters for a new generation, Marvel launched the Ultimate Marvel line in 2000, creating an entirely separate continuity to reintroduce some of its best characters, pared down to their constituent ingredients and garnished with modern flourishes. Instead of a radioactive spider, for example, Ultimate Peter Parker was bitten by a genetically modified spider. Thor, meanwhile, is still an Asgardian god, but he’s also a quasi-hippie bleeding-heart liberal who hates George W. Bush. The Avengers are a special forces squad.

In 2011, Ultimate Peter Parker was killed off. His replacement was Miles Morales, an early-teens Latino kid, and Spider-Man returned, once again, to his essential state. In that time, I would argue that Miles has been a better, more compelling, more believably New York Spider-Man than regular-universe Peter Parker. After replacing Parker in the Ultimate continuity, Miles will take over in Marvel’s main comics continuity once the company’s massive “Secret Wars” crossover dies down. Holland, our new movie-version Spidey, is playing Peter Parker, of course. But, hopefully one day soon — probably necessitating Peter’s Hero Death — we’ll get Miles on the big screen, too.

So let’s hear it for teenage Spider-Man. May we all be lucky enough to reboot to 16 years old.

'Do You Like Prince Movies?' Podcast: 'True Detective' and Marc Maron's Sit-down With Barack Obama