The Situation Is PETA’s Newest Poster Boy, Because the World Is an Absurd Place 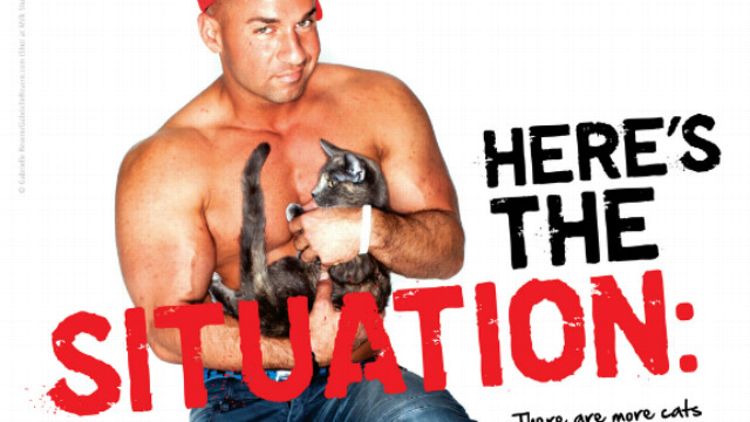 Before you navigated to this website and encountered the shocking image presented above, if you had made a list of the celebrities who PETA might collaborate with on a spay-and-neutering campaign, how far down that list would The Situation have appeared? Ten-thousandth? A billionth? Somewhere between Ted Nugent and the stars of Animal Planet Extreme’s White Tiger Stabbers?

Now that we know this ad exists, there is a certain hindsight logic to the pairing: Anyone who’s watched Jersey Shore for more than 10 minutes has wished that some humanitarian organization would intervene to chemically castrate some priapic gorillas and end the senseless smushing of the native beachside population. But good on Sitch: Yeah, he’s obviously burnishing his image in anticipation of his rapidly approaching post-Shore existence, but it’s still nice that he’s taken up a worthy cause. We just hope that someone explains to him that he doesn’t have to do the neutering himself before he shows up at a shelter, grabs a puppy, and tries to grate off its genitals on his abs.

[UPDATE: Yes, of course there’s a version that makes the joke you’re all thinking of, sickies.] 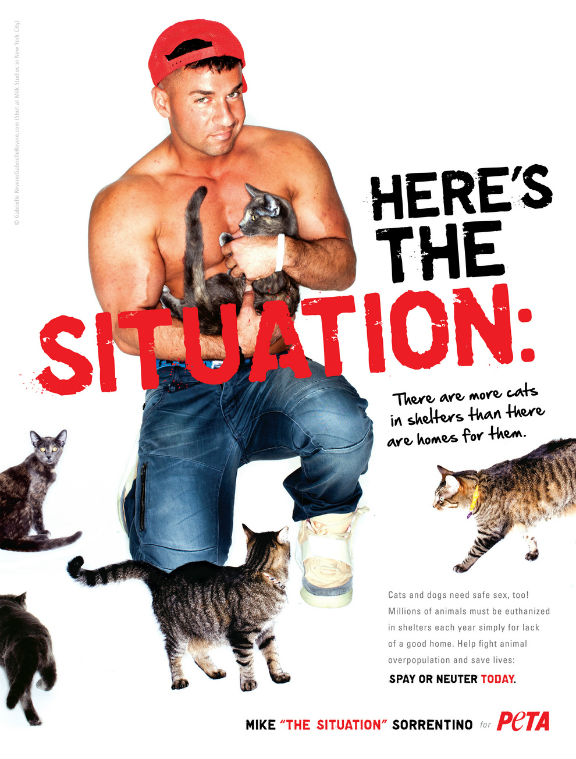 Judging The X Factor: Britney Is Entrusted With Teenage Lives, L.A. Reid Is Disgusted by Old People, and Simon Cowell Frankensteins Up Some New Groups