The Situation Is Returning to TV, and He’s Bringing the Entire Situation Family 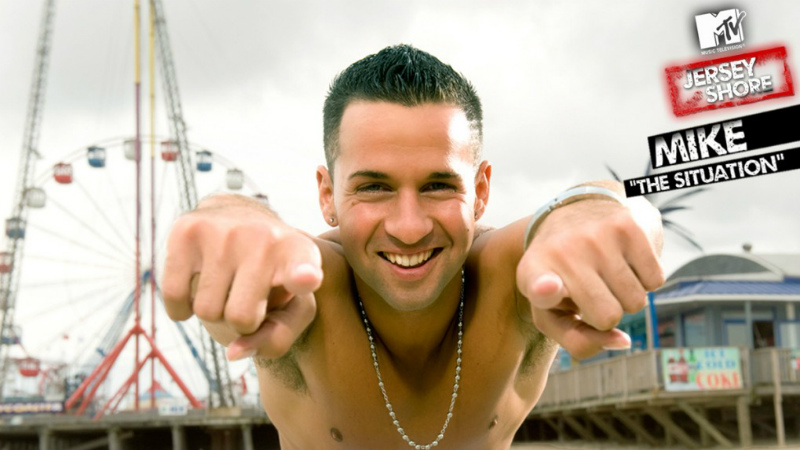 Once upon a time, there was an MTV show called Jersey Shore, and everyone was excited about it for a steaming hot minute, marveling at the carefree lifestyle of the magical juicehead gorillas who roamed the Greater Garden State Beachside Area, worked on their six-packs and tans, and devised colorful expressions for the act of sexual congress that tended to make the genitals sound like accessories in the world’s most pornographic Play-Doh set. The breakout star (sorry, Snookles) of this long-ago program was an individual called The Situation, so named because of the conspicuous majesty of his very well-crafted stomach muscles, which often induced passersby to exclaim things like, “Egads, I cannot believe I am witnessing such a spectacular abdominal situation as I trod this here board-walk!” And then a character named Ronnie would cold-cock the chump for finding The Situation’s musculature more impressive than his own, spend a short time in jail, and return home to find The Situation smooshing his business all up inside a grenade in the hot tub, because Sitch (sometimes The Situation’s name was shortened to “Sitch”) was an inveterate and indiscriminate smoosher of grenades.

This went on for six seasons (but just three chronological years), until the viewing public, which at one time had turned out in record-breaking numbers to enjoy these alcohol-drenched misadventures, finally stuffed itself too full of voyeur-lasanga and collectively pushed itself away from the table, leaving the members of the Shore gang to pursue careers as spinoff stars, DJs, and people who are paid to dance poorly for our amusement. The Situation, in particular, struggled through his latter-fame period, developing drug and financial problems. But now, according to Entertainment Weekly, he’s finally returning to television with a new series: The Sorrentinos. This is where we recognize that we have not yet mentioned that The Situation’s given name is Michael Sorrentino, which, according to The Situation himself, is the point of this undertaking:

“The reality of the situation is … for the first time, fans and the general public, will be able to see and, well, meet Michael Sorrentino,” Mike Sorrentino said. “This next chapter of my life is about sobriety and family, and I’m stoked to take people on this journey with us.”

This, and the “sizzle reel” that follows, would seem to suggest that his next, family-centric chapter will feature decidedly less grenade-smooshing than did Jersey Shore, as does Sorrentino’s move from smut-peddling MTV to the historically debauchery-free home of the TV Guide Network. (Is that relocation vaguely depressing? We’re still working through those feelings. OK, yes — yes, it is.) We suppose we’ll all have a lot of adjusting to do to this gentler reality. The Marc character is no Ronnie, and Melissa’s no Snooki, though we suppose we can hold out hope for the occasional dramatic flare-up of body envy and crippling pickle-fear issues, respectively, jail time optional. It’s a brave new world out there. Gym, tan, family. Oh, there’s probably still laundry. It’s just not catchy to do four things there. This is going to be harder than we thought.