The ‘Parenthood’ Cry of the Week: Love and Pancakes 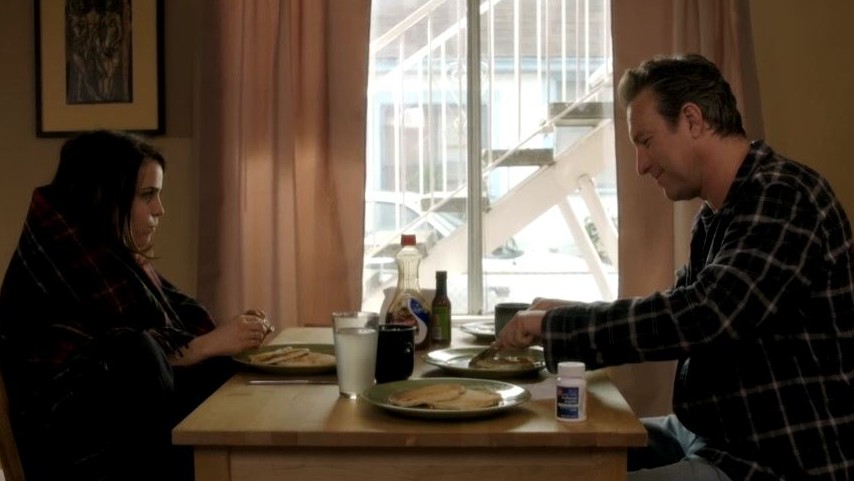 If you were just flipping channels last night and landed on Parenthood, you may have thought NBC was rebroadcasting outtakes from the early aughts. Ray Romano, John Corbett, and Tom Amandes all figured prominently last night. (What, you don’t consider Amandes a television journeyman of the same caliber?) I welcomed their appearances as a way to shake things up amid the ever-worsening marriage problems.

Actually, you’re probably laughing. Camille finally returned from her Italian art sojourn. Apparently, instead of buying a key chain to remember her trip, she just got a hideous new haircut. 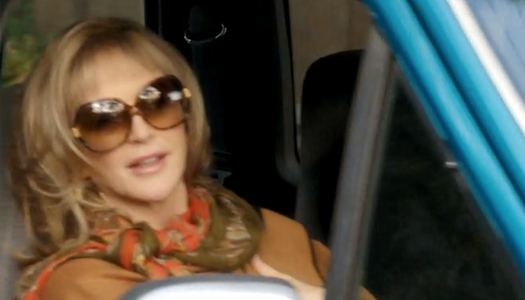 She looks like a traveling saleswoman ready to sell you trinkets she bought on Canal Street on the way to the airport, though she’ll say they’re authentically Italian.

It turns out that this haircut was a strong symbol for the idiocy of Camille’s arc right now. Not only is this story line uninteresting and tangential to the show, it doesn’t even benefit from Parenthood’s signature smart dialogue. In a transparent attempt to include her husband in her interest in art, she keeps telling Zeek about various artists and their work that she thinks he’d like. But she can’t really believe that he’d be interested in her regurgitations of what she has recently learned. Perhaps she’s just going through the motions of including him to free herself from any guilt.

Either way, who cares?

All hail the return of Dr. Pelikan! I know all the Everwood fans out there welcome the appearances of Tom Amandes. He should never stop playing a wise doctor, which, by extension, means he should never show up on Scandal again. This time he appeared not to counsel Max or Adam and Kristina, but to consult Hank. Hank believes he has Asperger’s, and that it has gone undiagnosed his whole life. Dr. Pelikan couldn’t confirm one way or the other, which I found to be particularly refreshing. Of course Dr. Pelikan can’t diagnose a condition in just one meeting, and of course it’s not so straightforward. The discussion about Asperger’s continues to be one of Parenthood’s strengths.

The hits keep on coming with Joel and Julia. And by hits I mean landed, painful punches. Joel is moving out. Based on the weeks-long buildup, this is hardly surprising, but it’s also not definitive. This relationship has slowly but obviously been declining all season. Their relationship was strained before this season, too, particularly when Victor first moved in. Because the deterioration has been so protracted, I’ve become anesthetized to the pain.

If Joel and Julia do separate, it’s hard to imagine where his character goes from here. We know few details about him. Jasmine’s mother and brother aside, in-laws are not allowed in the Braverman universe. Joel is a man without a backstory. How and when did he decide to be the stay-at-home parent while Julia was working? There are enough questions to fuel a British-TV-length spin-off about him.

What a week for recurring characters! John Corbett reappeared as Seth Holt, Amber and Drew’s absentee, alcoholic father. Amber is still reeling from her breakup with Ryan the loser, and decided to go on a bender. Her precarious road trip concluded at the bar where her father works. We don’t know how she found him or why she went there. Nonetheless, from her drunken tirade we learned that she fears her relationships are all doomed as she is more and more like her father. Amber’s whole plot felt suspiciously similar to when she ran away to Gilroy in Season 1, and this kind of recycling has been a problem all season long. But Amber is still in her young twenties — a time when she’s prone to repeat her mistakes and errant behavior. I’m choosing to believe this plot development was the latter, and ultimately it led to the Cry Moment of the Week.

The morning after her drunken meltdown, Amber and Seth sit down for pancakes at his apartment. Both clad in plaid — he a shirt, she a blanket — earnest and possibly still drunk Amber reemerges. This is the best, most lovable Amber, and she gets a sweet pep talk from her dad. He has laid out everything she needs on the table — pancakes, coffee, water, and Advil. Amber just wants to be loved.

'Walk of Shame' Trailer: Elizabeth Banks vs. The City of Los Angeles