The Overthought Here Comes Honey Boo Boo Recap: It's Time to Get Off the Toilet 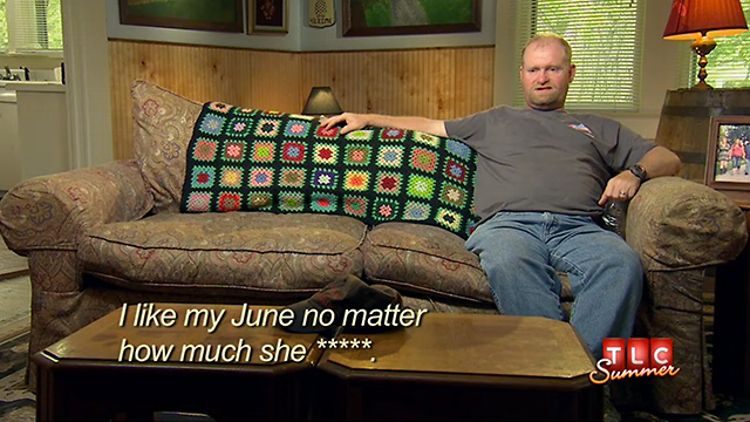 In this week’s episode of Here Comes Honey Boo Boo, entitled “Stress Poops,” the writers continue to pile on obstacles in order to prevent a successful commitment ceremony. Many viewers have taken to social media to voice their annoyance with this season’s direction, saying the show has committed too much time to the commitment ceremony. Why has the main character, Alana, been so neglected? What about Chubbs’s evolution into a teenager? Will we ever learn more about Chickadee? We’re all wondering: Has Honey Boo Boo lost its way?

The show’s first season began as an exploratory television series about how one outspoken pageant girl was created by a set of peculiar family forces. The introduction of every sister helped us understand Here Comes Honey Boo Boo. It was deeply rooted in the search for understanding of pageant culture, which has been documented in American media since the JonBenet Ramsey case. We were finally getting an unfiltered look into a lower-class, rural American family dedicating a significant portion of its resources toward helping its child win pageants. Whether the decisions were driven by love, stupidity, or a little bit of both, we finally got to see an entire family enabling its pageant star to become a larger-than-life personality.

Maybe the problem is that Honey Boo Boo no longer competes in pageants. While pageants are hollow, meaningless competitions, they still gave the show urgency. We were on the edge of our seats wondering if Honey Boo Boo had mastered her “talent” routine, or if her dress had enough bling to wow the judges. Viewers no longer see mother June’s attention to detail when preparing her child for a pageant, mixing go-go juice as if she were a craft-wave mixologist.

In a way, the show has lost it’s own go-go juice.

Perhaps we have finally figured out pageant culture. There is no longer an obsession with finding out how these pageants operate or how they create a warped culture of vanity in America’s youth. As Americans, we’ve seen it all. Culture has already disintegrated past the point of no return. When we go to our local mall or malt shoppe, we see kids competing in their own pageants. Simply by walking down the fake streets of a recently built outdoor mall, the kids can get from Corporate America their own version of pageant dresses in the form of hyper-branded clothing.

Here Comes Honey Boo Boo has reached a point at which we feel like we’ve “figured” every one out. Themes of race, sexuality, and the pressures of being a teenager have only been glossed over during the show’s lifetime. The narrative always regresses back to farts, poops, and belly-jiggling when it could instead embrace the opportunity to be a widely watched show. If the program does return for a third season, it might need a new context for exploring these issues. I’m afraid that the house by the train tracks has prevented the show and the family from evolving.

This week’s episode is the perfect example of the the show’s wayward meandering. June and Sugar Bear decided long ago to have the commitment ceremony on their own property, which meant it would have to be an outdoor wedding. Obviously, their small three-bedroom, one-bathroom home can not handle 170 people. It continues to rain on the days leading up to the ceremony. This entire episode shows the family moping around, watching the weather, waiting for it to change. It was nice of them to join their viewers in moping around and waiting for something to change.

Mother June claims to have “stress poops,” a reaction to stress whereby her body creates runny feces. It’s a fitting metaphor. Most Americans have a 40-hour work week, a family, a mortgage payment, and a car payment. Life becomes a never-ending series of stressors, resulting in carb cravings, acne, rashes, and elevated blood pressure. We turn to television for a temporary escape from our lives, but what are we supposed to do when our favorite television show begins to give us stress poops? It might be time for all of us to get off the toilet, once and for all.

And in the Second Round, Dave Chappelle KOs Hartford