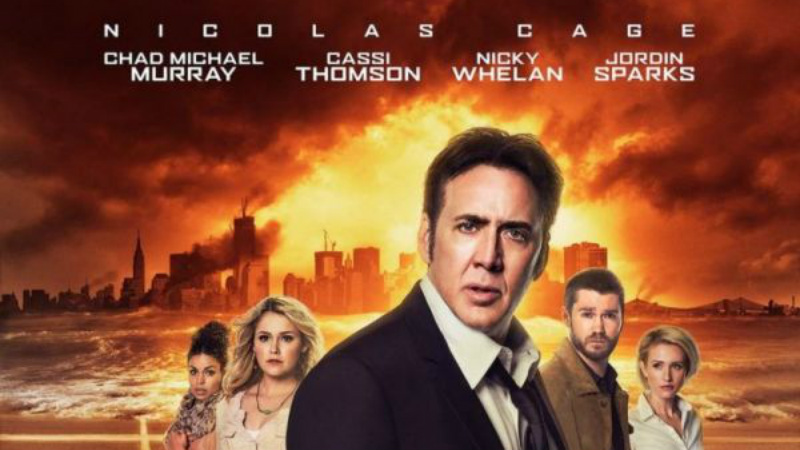 We should have known this would happen eventually. At the rate Nicolas Cage has been plowing through steroidically nonsensical paycheck-schlock, really, it was inevitable. And now, here it is: For Nic Cage’s next trick, he’s starring in a remake of a Kirk Cameron movie. But not just any Kirk Cameron movie! It’s Left Behind, the infamous take-the-Bible-literally-or-else Rapture flick. Unfortunately, Cage is not actually playing Cameron’s role, that of world-famous journalist Buck Williams — that’s being inhabited by One Tree Hill‘s Chad Michael Murray. (Again: WORLD-FAMOUS JOURNALIST.) Also in this: Jordin Sparks, Leah Thompson, and Olympian Lolo Jones. Sure. Sure. Why not.

The original Left Behind book series has more or less the same plot as HBO’s upcoming The Leftovers — the Rapture occurs, leaving behind a bewildered population struggling with what comes next — only is explicitly missionary, and has enjoyed a blockbuster success with the faith-based entertainment crowd for years. And if it sounds familiar to you non-believers, that may be thanks to our friend Chuck Klosterman, who devoted a highly entertaining essay in Sex, Drugs, and Cocoa Puffs to the strange franchise. The movies weren’t as much of a hit, but they did begin Cameron’s latter-day resurgence as a faith-based, marriage-saving movie star, and they did lead to the wide dissemination of the greatest birthday party photo ever taken. They also led to two sequels, including Left Behind II: Tribulation Force, described, via Wikipedia, thusly:

“It’s a week after the rapture and the millions of people who vanished into thin air are still missing. Chaos rules the world as panic and grief-stricken survivors continue to search for their lost loved-ones. Suicide rates are skyrocketing, businesses and homes are being looted, and martial law is in effect. A desperate world looks to the leadership and guidance of UN Secretary General Nicolae Carpathia, the only person offering any answers, hope, and plans to restore peace and order.

While Carpathia has the world’s adoration and trust, he is seemingly unaware of a small group of rebels spreading the truth that he is in fact the Antichrist.”

ANYWAY: Now the whole series is being rebooted, with a higher budget and a hope of appealing to mainstream audiences. And guess who’s pumped up? Lolo Jones is pumped up.

Nicolas Cage sat next to me during makeup & my head bout spun round lke GhostRider BUT I "ACTED" cool. learning this craft fast #LeftBehind 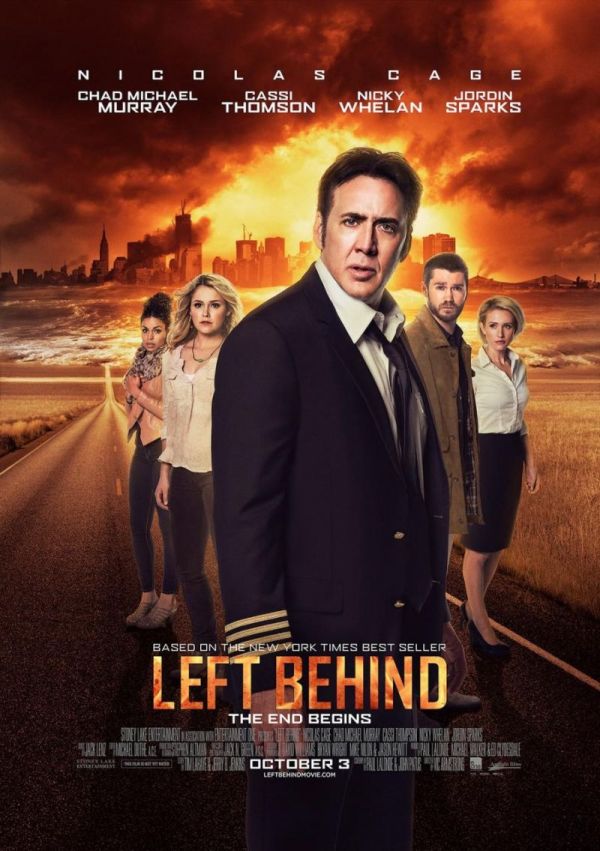 “I’m a farmer now. I love learning about the land and which field is most suitable for which grape, the drama of September and October: Are we picking today? Where are the sugar levels? How is the acidity? Is it going to rain? It’s been a schooling for me. In the off months, I enjoy cleaning the forest and walking the land.” -- Brad Pitt, winemaker. (He's a winemaker now.)