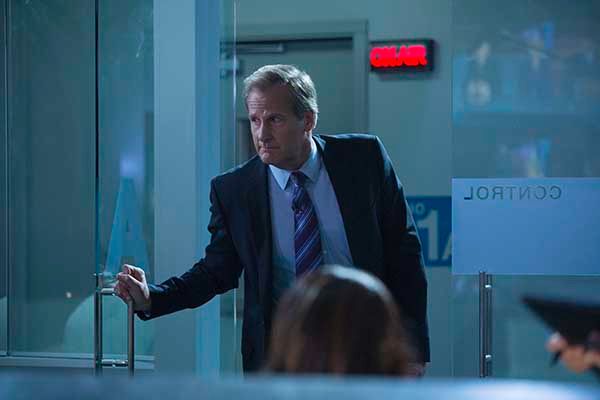 Days after HBO announced that Boardwalk Empire‘s fifth season would be its last, The Newsroom has also trained its sights on the end of the road. The show’s third season, bowing this fall, will officially be Aaron Sorkin and Will McAvoy’s last chance to bluster righteously and Coldplayishly. Just to keep things spicy, The Office‘s onetime showrunner Paul Lieberstein — a.k.a. Toby Flenderson, a.k.a. the worst — has signed on as an executive producer.

A little silly of me to pretend you didn’t either see the new Game of Thrones trailer on HBO last night or watch it online the second it got posted, but I like to look out for you like that.

The Golden Globes were the most-watched in the past decade. (And don’t forget — Tina and Amy will be back next year.)

Parkinson’s disease not as “fun” as E! was led to believe, though.

Sounds like Jerry Seinfeld and Larry David are working on a play together.

Star Wars things: J.J. Abrams and Lawrence Kasdan’s rewrite apparently featured Luke, Leia, and Han as main characters. THR writes that “the new characters, the offspring, will now be in supporting roles, according to these sources, and take center stage in Episode VIII and IX.” Meanwhile, Jesse Plemons is reportedly being eyed for a big role.

Rihanna and Shakira made a ska-rock-reggae-pop song with an embarrassing title.

Michael Douglas has joined Marvel and Edgar Wright’s Ant-Man as Hank Pym, the original Ant-Man. This means Paul Rudd is Scott Lang, the second person to receive the ant-controlling/shrinking-to-ant-size powers.

Frozen could become a Broadway show.

Shia’s latest and greatest: “I AM NOT FAMOUS ANYMORE.”

There is a live mash-up of Girls and Little Women happening in New York.

'The Legend of Hercules,' by the Numbers