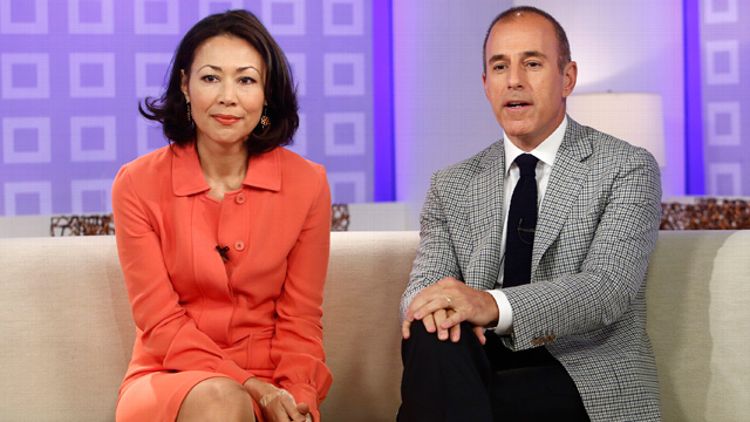 Last month, New York Magazine laid out The Today Show’s dirty laundry. Oodles of details about the infighting between Ann Curry and Matt Lauer spilled out, and, for NBC, your basic everyday public shaming was piled onto the severe financial sting of losing the “top-ranked morning show” title, for the first time in 15 years, to Good Morning America. But hey, at least the whole embarrassment is now behind them, huh? Time to move it on and move it out, and get back to trying to right the ship. Yep, just back to the regular ol’ … ah, not so fast! Earlier today, the New York Times Magazine dropped its own version of the sordid Today Show tale. Soooo, anyone up for kicking NBC around some more?

Fundamentally, the Times is telling the same story. But the devil’s in the details. Juicy, juicy details! For one, the move to kick out Curry was described behind the scenes as “tantamount to ‘killing Bambi.'” But executive producer Jim Bell wasn’t exactly a softy. He’d “commissioned a blooper reel of Curry’s worst on-air mistakes” and “called staff members into his office to show a gaffe she made during a cross-talk with a local station. And that kind of vibe spread around.” One day Curry wore a bright-yellow dress, and someone in the control room “Photoshopped a picture of Big Bird next to Curry and asked co-workers to vote on ‘Who wore it best?'” Which goes a way toward explaining how Bell allegedly dubbed his plan to oust Curry “Operation Bambi.”

But surely others at the network were a little kinder? Nope, not really. When Matt Lauer was being talked into signing an extension, chief executive of NBCUniversal Steve Burke encouraged him to do so by saying, “We need to sign you so we can do Ann.” Question: Upon hearing this, was Matt Lauer at all concerned that Steve Burke was actually going to have Ann Curry shot?

The ironic thing is — as recent chatter about Anderson Cooper being courted by NBC illuminates — with the show still flailing behind GMA, now it’s Lauer who’s in the hot seat. Says the Times, “Lauer’s contract wasn’t up until at least 2014, but on the third floor, staff members regularly asked each other to make the kinds of predictions that they once made about Curry: ‘Do you think Matt will be here this time next year?'” And then, one more good burn, as reporter Brian Stelter switches to first person:

What seems certain is that Lauer’s current “Today” contract will be his final one. His wife, Annette, wanted him to leave the show last year and stop splitting his time between their Upper East Side apartment, where he sleeps during the week, and their Hamptons home, where she lives with their three children. He decided to stay anyway. (An NBC spokeswoman denied this on Lauer’s behalf.) When I was introduced to Annette at a party a few weeks after his most recent contract was signed, I conveyed my enthusiasm for the show, saying, “I’ve been waking up with your husband for 15 years.” She shot back, “I have, too.” I brought up the new contract, and she said, somewhat bitterly, “Two more years, and then he’s mine.”

Damn, Annette was just trying to enjoy some white wine at this fancy rich-people party! Maybe go over to the snack table and get some baby carrots and hummus! She didn’t know it was like that! So what also seems certain: Brian Stelter is never getting invited to a party with Annette Lauer again.

Anyway — anyone else wanna take a whack at Today?

5 Questions on American Idol: The First Ever All-Girl Top 5