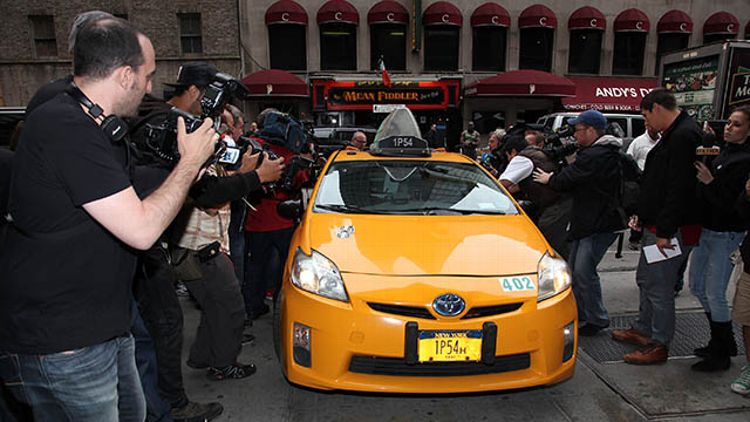 After eight years, A&E has canceled Intervention, and once the final five episodes air in June it will only be a matter of time before you forget you ever knew the name Candy Finnigan. It was probably about time. Last season a bulimic man named Andrew was revealed to have submitted himself for intervening, a big no-no in the ambush-oriented Johnson Model that the show follows. Watching more recent seasons of Intervention required convincing oneself that the featured addicts were computerless, televisionless people who were too far gone to Google “addiction documentary” and notice that they kept encountering the same suspense-ruining title in their results. Years ago, addicts were shouting “I knew it!” at Jeff VanVonderen, seated on floral upholstery in an airport hotel, but it still appeared possible that they were at least 20 percent surprised at what was happening to them. Over time, they seemed to know the score earlier and earlier in the episode; Andrew orchestrating his own rehab catalyst was just Fonzie finally clearing the shark he’d been hovering over for a while.

The format of Intervention is durably watchable — it boasts an impressive success rate and has delivered some compelling character studies, from sobbing Rocky Lockridge to gambling addict Gabe Green — but its subject matter is less so. Eventually it has a deadening effect, not just because of the fractured families, dirty restrooms, and vomit-session audio, but because at some point you will feel very sorry for the addict, cornered and bombarded with disappointed letters from their loved ones. That didn’t keep me from watching it, of course, but I did start approaching it with a sort of funereal attitude. Occasionally it can leave the hardened veteran fan feeling both libertarian and contrarian: Nobody wants to be the subject of an intervention, but almost everyone has something that could be perceived as intervenable. At what point do you just leave a person alone?

Of course, most of the subjects of Intervention are in pretty poor shape, and their families and friends are justifiably sick of supporting them. In most cases, the bottom lines set forth by these people indicate that they’ve been providing vital things to the addict that will be snatched away if treatment is not accepted: money, love, relationships, cell phones. The show is shot from the perspective of a concerned and intimate source, providing a biographical crash course of childhood montages and a brief summary of pertinent past traumatic events. We are taught, as economically as possible, to care about the participant as he or she existed before the fall in order to forgive them for being manipulative and generally difficult later. We become invested in reviving that smiling baby or rising MMA star, using the investment to pay off the debt we acquire by watching them huff computer cleaner or spit ramen noodles at other people during fits of drug-induced rage.

Hollywood meltdowns are similarly captivating, capitalizing on a fake familiarity that can be confused for actually caring about the subject: Charlie Sheen earned over a million dollars an episode during his final season of Two and a Half Men, a salary made possible by our collective demand for his presence. It almost felt as though we had purchased seats to his tiger blood sideshow by being ever so slightly, tangentially involved in his success. Britney Spears appeared naked and pregnant on the cover of Harper’s Bazaar shortly before shaving her head and seeking treatment; Lindsay Lohan’s unflagging desire to keep racking up film credits despite her problems is one of her most endearing attributes. Their fumbles all seemed a relevant part of the entertainment landscape, troubles that affected our media and were therefore newsworthy or important.

The Amanda Bynes saga, however, is different. Bynes either retired or was fired from Hollywood in 2010 following rumors of erratic behavior. Though Easy A would be released that year, Bynes’s career was already marked by canceled features (Hairspray 2) and role replacements (Alexandra Daddario took over for her in Hall Pass) that seemed like the marks of being gently shoved into obscurity. She appeared in Maxim (“Some people still see me as a kid, but I’m a 23-year-old woman now”) and planned to move to New York to focus on her fashion line, which could have been optimistically viewed as the celebrity version of retiring and relocating to New Mexico to make pottery and dreamcatchers. It wasn’t so. She terrorized the roadways of Los Angeles in 2012, perpetrating car crimes ranging from DUIs to hit-and-runs to “driving aimlessly around Burbank Airport,” then began using Twitter as the stage for her strange experimental play. Bynes speaks to her followers directly, at lengths that require she TwitLonger. Certain aspects of it are fascinating (see: her Blac Chyna makeover, the poetic clatter of the words “I want @drake to murder my vagina”) while others are just sad (the winking selfies and when she begs tabloids to publish more flattering photos of her roaming the city streets in a bad wig). When Rihanna responded to a string of offensive @’s flung in her direction by Bynes with “Ya see what happens when they cancel Intervention?” she had a good point. Watching the Bynesplosion had the awful suspense of the music that plays on the ride to the final Intervention confrontation, without the reassurance that it’s ever actually going to occur — a long trip in the back of an SUV bound for a hell of flash-addled selfies and despair.

As with Sheen, there’s a desire to believe that Amanda is trolling us all, despite the evidence, and arrests, that point to the contrary. But unlike Sheen, Bynes had excused herself from widespread relevance. We weren’t already looking at her when we noticed she was acting crazy. We looked at her because she was acting crazy. And the weirder she gets, the closer we come to a crescendo of interest that’s studded with confusing implied exclamation marks: BUSTED FOR POT POSSESSION AND FELONY BONG TOSSING, AMANDA BYNES BLASTS RIHANNA ON TWITTER. Well, duh. She has been a full-time TMZ headline generator all week, most recently promising to “sue everybody.” Bynes can’t be blamed for being paranoid (“don’t believe anything you read about me unless I confirm it on twitter”), however, because the parody account @ArmandaBynes has duped at least a few people by replying to tweets directed to the real account, including one spiny missive to Courtney Love. Tricksy!

Despite the fact that it gradually wrapped me in soul callouses, I always admired Intervention for being a relatively classy reality show, and I think its cancellation is in line with that reputation. It did its thing hard and then ducked out to preserve itself in our memories as 243 distinctly dramatic crises wrapped up to the strains of a song, the lyrics to which I have always misinterpreted as “flies gather over.” Unlike when these stories play out in the untamed prairies of real, unedited life, there has been resolution, something to break the suction of our dread-filled attention. Bynes has rebooted and reinvented The Amanda Show as a mystifying new media dramedy, but a bong hurtling out of a high-rise apartment may be a good note on which to roll the credits and leave.