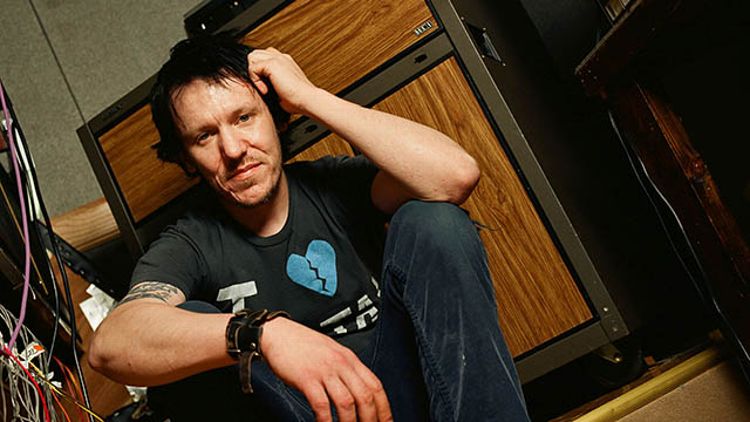 Elliott Smith died October 21, 2003 — 10 years ago today. All day, various outlets have celebrated his life and music — which, it seems simultaneously unnecessary and diminishing to say, meant so much to so many people. Below, we’ve pulled together a few of today’s notable tales, tributes, and reminiscences of one of the greatest songwriters of all time.

Pitchfork’s oral history, “Keep the Things You Forgot,” has interviews with 18 people close to Smith, including “bandmates, producers, managers, friends,” most of whom “emerged hesitantly, stepping gingerly over their own profound misgivings, issuing grave caveats. They’d been burned before, they warned me. They swore they’d never speak again.” The nice thing here is how humanizing a lot of this material is, helping to remember the man as much as the legacy. Sample quote from Tony Lash, Smith’s Heatmiser drummer and high school friend: “In the high school band, I played flute and Elliott played clarinet. He was funny, and we were both kind of nerdy. A friend of mine introduced us because we both liked Rush.”

Stereogum asked several musicians, including Band of Horses’ Ben Bridwell and Speedy Ortiz’s Sadie Dupuis, to share their relationships, as fans, with Smith’s music. Here’s Yoni Wolf of WHY? on “Needle in the Hay”: “I became OBSESSED with that song. I was in kind of a depressive state and that song absolutely hit the spot. I would listen to it on loop from [The Royal Tenenbaums] soundtrack.”

And while we’re in the SPIN archives, The Guardian points our attention to a 1999 interview with Smith from the magazine.

“He was a very confessional person, so for a lot of people, the first time they hung out with Elliott and bonded with him, they felt like he was their best friend. If he gelled with you, he kind of just said whatever he thought.” Autumn De Wilde, the photographer whose work graces many of the articles you’ll see today, tells THR of her history with her famed subject and friend.

Slate excerpts a selection from Torment Saint: The Life of Elliott Smith, William Todd Schultz’s new biography, which tells us a lot about Smith’s creative process.

And lastly: The Oregonian has pulled together 12 videos representing some of the contradictions and awkwardness and brilliance that made up Elliott Smith’s life, including this fantastically awkward Total Request Live appearance from 1998: