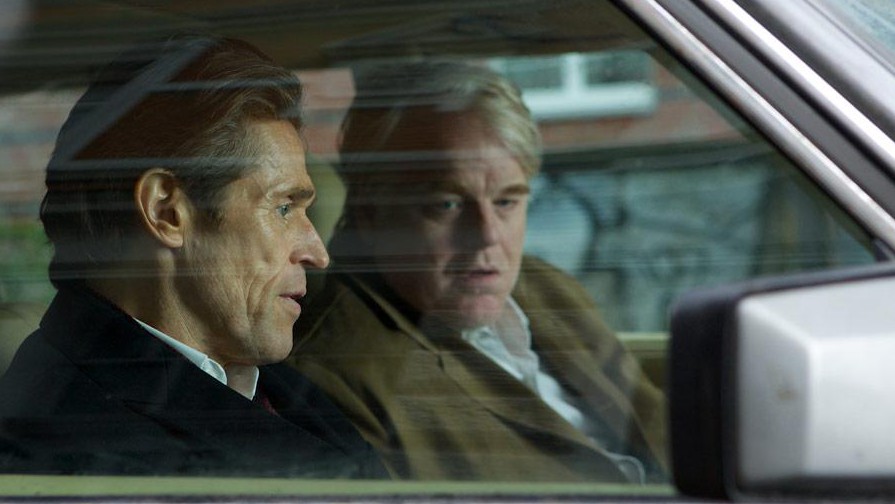 My favorite line from any John le Carré novel (at the moment, at least; it changes all the time) is from Little Drummer Girl: “Somewhere in every bomb explosion there is a miracle.” He was writing about an investigation into an explosion at an Israeli diplomat’s home in Germany. It’s one of the few explosions I can recall taking place in his novels, even though most of them are set during the Cold War or the lukewarm-to-radioactive conflicts that followed it. Never mind the lack of explosions, though; his writing is full of miracles.

A Most Wanted Man is minor le Carré, and the film version of the novel is a minor le Carré adaptation. Don’t take that the wrong way: This is the man who wrote Tinker, Tailor, Soldier, Spy — probably the greatest espionage novel ever written and the basis for one of the greatest spy stories ever filmed (the seven-part 1979 BBC miniseries starring Alec Guinness).

This is the man who wrote A Perfect Spy, which Philip Roth called “the best English novel since the war.” Minor is still pretty major.

As a movie, A Most Wanted Man, directed by Anton Corbijn (Control), is that increasingly endangered piece of popular culture: a film for adults. Maybe that sounds a bit histrionic, so let me put it this way: The film never talks down to you. It doesn’t think you need a love story grafted on so that you feel the humanity of the characters. It doesn’t have chyrons to identify every place it visits. Nobody announces who they are or what it is, exactly, they do. And that mystery doesn’t come off as shoddy storytelling. It’s essential to creating the world in which the film takes place. Nobody knows where anyone else’s loyalties really lie. It makes for demanding, but incredibly rewarding, viewing.

Every few years, someone tries to make a le Carré novel into a movie. There have been nine films made from le Carré’s 23 novels. Some (The Spy Who Came in From the Cold, The Constant Gardener) are better than others (Tailor of Panama, anyone?). But with the exception of the Tinker, Tailor miniseries, none get within enemy airspace of capturing the depth of the novels. Le Carré’s fiction is about people being caught up in the wave of history — their own and that of their countries. That’s very hard to show in a two-hour feature.

One of the reasons A Most Wanted Man is a good film for readers of le Carré’s fiction is that it doesn’t really bother trying.

A Most Wanted Man concerns a refugee named Issa Karpov — a Chechen who washes ashore in Hamburg, Germany, with no identification and very little to his name — except for a claim to the ill-gotten fortune of a Russian war criminal. Enter a trio of characters: a human-rights attorney, Annabel Richter; the banker overseeing Karpov’s would-be fortune, Tommy Brue; and a German spymaster, Gunther Bachmann. They all try to shape the outcome of Karpov’s story. As in most le Carré stories, it doesn’t work out. Of course, none of them really thought it ever would in the first place. But they had to try.

When you read the book, Bachmann definitely comes off as the most enigmatic character, but perhaps also the least important. It’s ultimately the story of Tommy and Annabel. That being said, the first thing I thought when I heard that A Most Wanted Man was going to be made into a movie and who was going to be in the cast was, Holy shit, Philip Seymour Hoffman is going to do “Bachmann’s Cantata.”

“Bachmann’s Cantata” is a four-page speech that comes about 80 pages into the paperback version of the novel. It is a rousing, bitter, knowing, playful, and volcanic run through recent and ancient history — including Mohammed Atta’s stay in Hamburg and the impact that 9/11 had on the intelligence community and the West. Reading it again today, it is hard to imagine a character giving this speech in a film. In his cantata the Bachmann character rails against the “newfound, arse-licking tolerance of religious and ethnic diversity,” of Hamburg specifically, and the West in general. “[A] guilty city making amends for its past sins — parading its inexhaustible, amazing, indiscriminate tolerance — well, that’s a signal of a kind too. It’s practically an invitation to come test us out.”

It would be very difficult to make a film in which the “hero” holds this point of view. Sussing out how much of the cantata is performance on Bachmann’s part and how much of it is personal philosophy takes hundreds of pages, and I’m not really sure we ever get an answer — or that it matters. Corbijn knows that you cannot lose if you do not play: “Bachmann’s Cantata” doesn’t appear in the film.

Bachmann’s sentiments are expressed in far less verbose terms than the book allows. We know he is driven by a past failure (or betrayal, or both) in Beirut, and a maybe-not-sarcastic hope to “make the world a better place,” as he tells Robin Wright’s icy American “diplomat.” These are movie motivations; you won’t find that kind of thing in the novel. Rather than try to go toe-to-toe with the source material’s breadth and depth, Corbijn uses the two strongest tools in his toolbox: his eye — Hamburg looks like the kind of city you could get utterly lost in — and his star.

Maybe the movie suffers from a little too much Hoffman hero ball, but when you’ve got someone that good, who would complain? I mean, if you’re going to play hero ball, you might as well give the rock to Bernard King. That’s Hoffman — all midrange, subtle ticks; always making the right choice, always scoring with it. The Bachmann character’s penchant for self-destruction feels a little ghoulish to watch. Hoffman as Bachmann is a hulking, baggy-eyed mess, burning the candle at both ends with a blowtorch. He is, sadly, perfect for the role. As le Carré wrote in the New York Times recently, “The world was too bright for him to handle … Nobody could live at his pace and stay the course, and in bursts of startling intimacy he needed you to know it.”

Something like that is so rare. He was the miracle and the explosion.