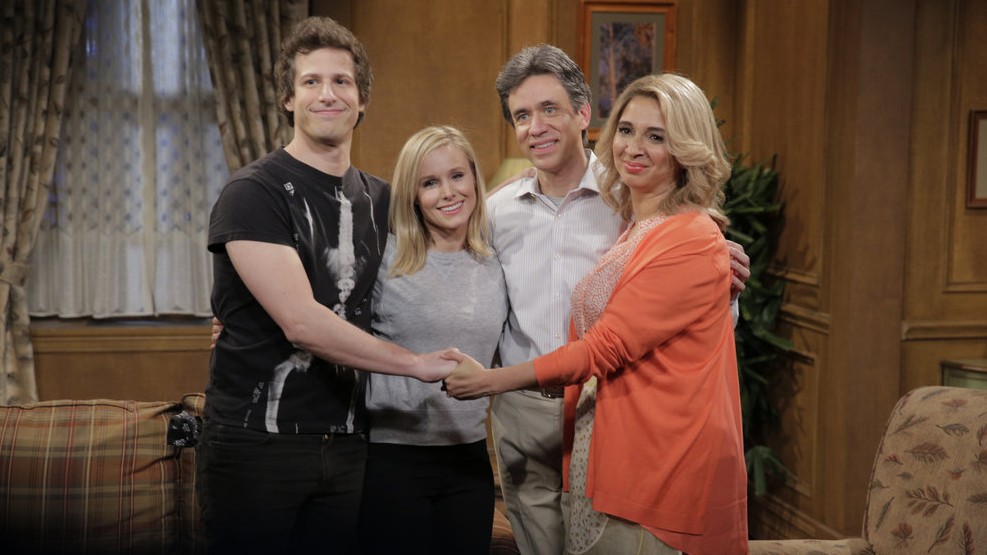 Ever since Up All Night’s bizarre free fall, we’ve been hearing about the possibility of a Maya Rudolph variety show. At the time, just a little over a year ago, Deadline reported that “Rudolph has been passing on pilot offers — about five of them [and that] the Saturday Night Live alumna instead wants to topline a variety show, and multiple networks and studios are interested … [including] 20th Century Fox, ABC and NBC.” By the fall of last year, the variety show was a reality, and had landed just where you expected it to: at NBC, with ol’ pal Lorne Michaels. Between what sounded like a bidding war for the show and the fact that NBC originally planned to air the pilot as a special after the Winter Olympics, it seemed like Rudolph had a hot property on her hands. And then: bupkus. The Winter Olympics came and went; we fell back in love, and then promptly back out of again, with figure skating and luge and the skiing/gun thing. And still no Rudolph.

Finally, word came down. The Maya Rudolph Show would air on NBC after all — which it did, on Monday night — but it would still just be the pilot, and there’d be no particular to-do about it all. It felt a little like the whole thing was being burned off at random? Apparently, though, that’s not quite the case.

With the variety show such a rare form these days, NBC was always going into this with a wait-and-see experimental point of view; one inciting factor for the green light was the ratings success of the one-off Sound of Music special. And as New York magazine’s recent Rudolph profile points out, this is kind of Maya’s master plan: to keep working while still spending a bunch of time around her four kids:

Even with a ratings boon, Rudolph doesn’t envision it as a weekly occurrence. “In a perfect world, I’d like to pace it a little bit so that it doesn’t lose its quality of feeling like, Oh, this nice thing came back. …” In the end, The Maya Rudolph Show is largely Rudolph’s attempt at a life-work balance — “born out of a realization that I have children, and I fucking hated never seeing my kids.” As such, it’s more earnest than one might expect, a truly traditional variety show — with an opening number, a collection of sketches, and a lot of breaking into song — rather than some sort of tongue-in-cheek commentary on that format. “I love the good-mood, magical quality of it. I didn’t want to be terribly cynical or snarky.”

From the get-go last night, that was abundantly true. The show kicked off with a gag about Blake Shelton being booked not to perform, but to babysit Maya’s kids, then went into a song-and-dance number with our beloved host introducing herself: She crooned to us about her four children, “lovely and sweet,” and about how in Bridesmaids, she “pooped in the street.” Rudolph is world-famous for her fake singing (I mean, off the strength of her legendary Whitney impersonation alone), but by the time the Lakers Girls came out to traipse about, it was clear Maya wasn’t actually totally joking around this time. She may not be the world’s greatest executor of choreography, but by golly, she was gonna get out there and have a good time.

The setup was familiar from late-night formalism, in that there was a musical guest, the ever-peppy Janelle Monae, and a bandleader, Raphael Saadiq (enjoying his most random cultural appearance since U-God shouted him out on “It’z Yours”). But it was also clearly not a setup meant to be repeated hundreds of times a year: the strong cast of utility players were the generally booked-up Sean Hayes, Fred Armisen, Andy Samberg, and Kristen Bell, with Craig Robinson making a quick appearance as a nut salesman named Dee (so … his nuts … would be … belonging to … Dee and so … they would be … we’ll let you take it home from here).

Bell, who voices Anna in Frozen, indulged her pal in a bit about a Frozen sequel that would star Maya as the princess all the dudes fall in love with, one ably punched up by Armisen rolling around in a snowman outfit. Then we got an SNL-type sketch, in which Armisen and Rudolph play a couple, rich and famous for voicing GPS devices — which are actually just their regular talking voices. And so when their daughter (Bell) brings her boyfriend (Samberg) home for the first time, complications arise: “I’m from Indianapolis”; “I heard you say Annapolis, Maryland?” Yes, it was extremely silly, and, save for one errant reference to a hidden piercing “acting up,” devoid of all bite. Yes, my parents would absolutely love it. Yes, that was the point: good, clean fun.

There was a bunch more, delivered nice and fast: Maya and Fred as rich A-holes in the audience, with Sean as their understanding valet, who even claps for them when they’re not feeling up for it (Rudolph: “I’m not looking at things that aren’t symmetrical right now”); The $25,000 Pyramid, with Samberg teamed up with a Russian socialite named Svetlana challenged in the ways of the English language; Maya beating Andy in a Saturday Night Fever dance-off with her teeny-tiny dance moves, as inspired by her grandma, now in heaven and hanging with celebrities. (“I met Tupac today. He doesn’t curse anymore!”)

You might not expect this kind of family-friendly entertainment from Rudolph, who spent seven years on SNL doing plenty of rambunctiousness. But she has been upfront that she’s going for a throwback Carol Burnett vibe, and good on her for it: A lot of people will see this as a tryout for her own eventual late-night gig, but it truly does seem like Maya’s just out there messin’ around, singing songs ’cause she likes to sing songs. A couple of more of these under her belt, and she’d certainly get even better at hitting that line between sweet and cloying. And even if The Maya Rudolph Show is for just one night only — though with these strong ratings just in, maybe we’ll be seeing more — we’ll always have that time she pretended to talk to her grandma about Pac from the afterlife.