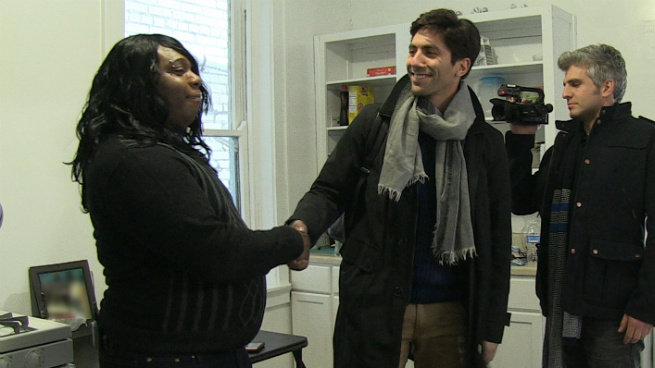 Who Is This Now? Antwane.

Why Are We Watching Him? His cousin Carmen wrote to the show for help investigating Antwane’s long-distance boyfriend.

How Did He Get Here? Antwane “met” Tony on a singles’ chat line three years ago. But since then, they’ve never met; Antwane doesn’t have Tony’s phone number, and Antwane doesn’t know Tony’s last name.

What’s the Grossest Thing We See? Eventually, we learn there is no Tony: Carmen has been posing as Tony for three years, ever since Antwane called her “a fat-ass Kelly Price” in front of a room full of people. But for the relationship to have lasted so long, don’t we assume Antwane and “Tony” had cyber sex? Because … they’re cousins.

What Have We Learned? Try to find out your boyfriend’s last name after you’ve been dating for a while? And don’t call your cousin fat.

Who Is This Now? Dean.

Why Are We Watching Him? He’s trying to show his wife, Tori, that he can take care of her and be considerate.

How Did He Get Here? Since Dean and Tori have been in couples’ therapy to deal with his infidelity, he learned during a session that she would like him to be more attentive and nurturing to her. Apparently he can take a hint.

What’s the Grossest Thing We See? Part of Dean’s whole display — including sushi he made by hand, and the gift of a map with flags marking various important places in their relationship together — includes lavender massage oil. “What would that be for?” he chirps. “Your feet!” Tori reads the label aloud: “‘Massage Glide Personal Lubricant.'”

What Have We Learned? Maybe Dean can’t read? He definitely can’t read a room.

Who Is This Now? Elizabeth Carroll.

Why Are We Watching Her? She’s cohosting a reunion of former Bridezillas who entered a marriage counseling “boot camp” with their husbands.

How Did She Get Here? Apparently Elizabeth is some kind of therapist?

What’s the Grossest Thing We See? Elizabeth and her husband, Jim, the boot camp’s co-director and another alleged therapist, take zealous glee in introducing the participants in the reunion show, pumping up the crowd like it’s the WWE even though the reason these people were on the show is that they were dealing with some pretty serious issues. “She didn’t just fear for her marriage, she feared for her life!” grins Elizabeth as she introduces Sofia — who, in case you missed it, got her foot broken by her husband in the season finale, while living in the therapy house.

What Have We Learned? No one should pay the Carrolls money for therapy.

We Went There: Behind the Scenes at the 'Jeopardy!' Battle of the Decades Tournament Finals