The Lust in the Machine: Do We Really Want Sex Robots? 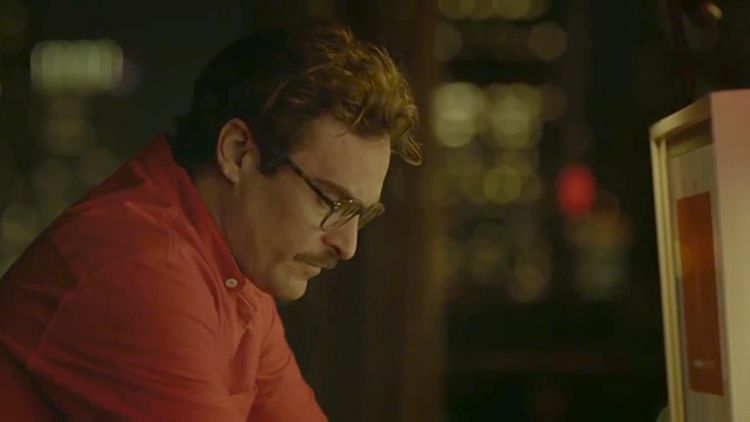 We have been waiting a long time to have sex with robots. We don’t know if we will enjoy it, or if the experience will be one we want to repeat, but even if we, personally, don’t want to have sex with a robot, we all want to know what it’s like to have sex with a robot. In 2007, author and artificial-intelligence expert David Levy predicted that we would be routinely rounding the bases with ‘bots by now (or, “at the latest,” 2025), writing in Love and Sex with Robots: The Evolution of Human-Robot Relationships that “love with robots will be as normal as love with other humans.” That time may not have arrived, but there’s reason to believe it will happen very soon, for better or for worse.

Spike Jonze’s upcoming film Her, which tells the story of a man (Joaquin Phoenix) who falls in love with an operating system (voiced by Scarlett Johansson), is the movie I’m most looking forward to this year. We have become so comfortable with anthropomorphizing our computers and Siris that imagining that emotional attachment turning into a romantic affair seems almost reasonable. We communicate with actual humans through our devices, both disembodied strangers and people we know and love; we use them as communication tools from the beginnings of our relationships through 50th wedding anniversary texts and emails; we bring them into bed and let them warm our laps or guide us into the bathroom when all of the lights are out. Our courtship with robots has been long and required a deep emotional investment. We’ve all poured a little bit of ourselves into the automated abyss to make it better resemble a human.

Humans, in both flesh and Internet forms, have something that robots lack: a soul. The soul, at least conventionally, is what differentiates sex from what Portnoy did to that poor piece of liver, or why necrophilia makes everyone a little uncomfortable. Perhaps one way to bridge the gap between today and Levy’s vision for the near future is by using robots and machines to represent actual people. After I wrote about the Scentee app, our own Emily Yoshida alerted me to an article about a “long-distance kissing machine” invented by Adrian Cheok. The machine consists of a box with a pressure sensor that allows you to feel your partner’s tongue movements as they feel yours, which in subsequent stages of development Cheok hopes will let you smell the unique scent of your makeout partner and will mimic a human body’s temperature (no cyborg spit involved). Cheok’s goal is to create a “multisensory Internet,” a virtual place where all of those FEELS we now have to channel into words will be able to be transmitted via physical sensations. Cheok plans to “[act] directly on the brain” via magnetic coils inserted through your skull (!!!) or the back of the mouth (!).

You have to be pretty serious about your long-distance relationship to consider brain surgery. This is why the sex robot is attractive: Eventually, if you’re trying to have sex with a person who’s simply far away, you can solve that problem without licking a plastic cube and feeling sorry for yourself that you and your lover don’t have 5 billion frequent flier miles. But robots are still struggling to be more attractive than Roombas, no matter how perma-suggestively parted their silicone lips are.

Sex with a thing still has a stigma, and even beyond that lie more practical concerns. Roxxxy, a 60-pound AI sex robot, has been kicking around, primed and ” chatter[ing] in her creepy disembodied voices,” since 2010. She drew concern from an MIT professor last August, who worried that a reliance on robot companionship would obscure the need for the human kind, leading to a problematic sort of inauthenticity. This week, footage was released of the VR Tenga, a sex simulator that consists of a dorky virtual-reality headset, software, and a penile pump, all of which create an experience simulating a sexual relationship with an anime character (who looks disconcertingly young, but just remind yourself: She isn’t real). Perez Hilton suggests that you swap her for Alexander Skarsgard, but that’s a matter of taste. Porn-fueled masturbation requires work and imagination, but robots have always been eager to make things easier for us. A Roomba saves time otherwise spent vacuuming, but the Tenga uses a vacuum to save time.

Power to the robot fetishists, though the image of a man humping air in a desk chair at a convention, or of Lars and his Real Girl, is still something to gawk at. What we want, and have wanted for a long time, is something reasonably realistic to keep the loneliness at bay. Whether that’s a physical void imposed by geographic distance or a substitute for a human we can’t seem to find in reality is circumstantial: Levy wrote that “the idea that a robot could like you might at first seem a little creepy, but if that robot’s behavior is completely consistent with it liking you, then why should you doubt it?” Robots exist to solve problems: the dirty floor, the best way to get to Palm Springs, surveillance, marketing. But the most crushing human problems are existential, like the need to be understood, to be loved, to be touched and felt, and they’re all troublingly predicated on the existence of other people and their willingness to engage with you.

Sex, love, and companion robots are the long arm of the Internet, the only thing missing from a platform that embraces you — though never in a tactile way — when you are most isolated and vulnerable. Its first incarnation was a courtly love, forcing us into handwritten letters and lusty phone calls that only ever tingled a nerve by proxy. If Levy is right, the technology of the near future is a bridge from inanimate love dolls to fulfilling humanoid relationships. We’re stubbornly resistant to jumping over that gap, and maybe with good reason. It challenges everything we know to be true about love and intimacy, though 50 years ago it would have seemed impossible that we’d fall in love via email or catch a spark from a well-penned OKCupid profile. The robot wants what you want, and it never asks anything in return. It is the realization of your own will, and that still seems strange. We want a date that is cheap but not free, a device that provides affection because it deems us worthy of deserving it when we have been denied it elsewhere. Virtual reality doesn’t entice us nearly as much as the possibilities of the Internet have, because when it comes down to it, there’s just something about people that trumps any possible replacement. Somewhere along the line, we started to forget the possibilities offered by a marriage of the two: robots whose brains aren’t hardwired, but inhabited remotely. The robots Levy wrote about may not have been what he imagined — impersonal machines programmed to provide superhuman pleasure — but vehicles intended to facilitate groping for each other in the dark, across a long divide.