The ‘Love & Hip Hop’ Sex Tape: Only God Can Judge 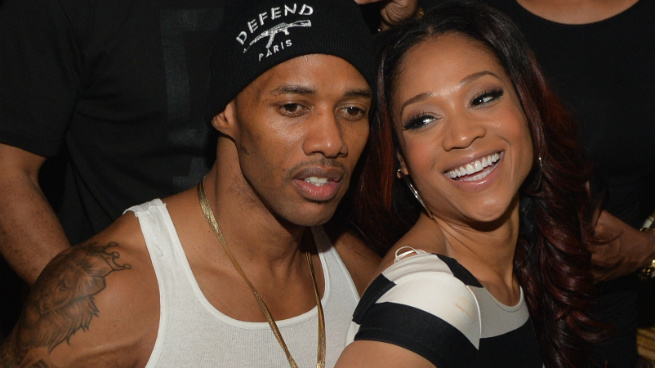 It’s hard to believe sex tapes predated reality television, so intertwined have the two become in the last couple of decades. Long ago, stars made sex tapes and tried to keep them secret, but celebutantes like Paris Hilton and Kim Kardashian have reversed that cowgirl: Now sex tapes make stars. Tommy Lee and Pamela’s sex tape is practically an Old Hollywood A-list production at this point. Pam and Tommy’s tape seemed less like hard-core porn and more like a real home movie that just happened to include a lot of sex-having, mostly because they were so obviously in love. And now playing on home computers across the land: a clip of Love & Hip Hop: Atlanta star Mimi Faust and Nikko Smith having vigorous athletic shower sex in their newly released sex tape Mimi & Nikko: Scandal in Atlanta.

The first rule of successful sex tapes: You’ve gotta have a gimmick. A good sex tape will have an obvious talking point that people can latch on to and discuss at the watercooler (on the Internet). In the Pam and Tommy tape, Tommy famously steers a boat with his penis. In Mimi & Nikko, Mimi at one point grips the shower rod like a pull-up bar. Sure, there’s regular naked bedroom stuff, too, but the shower rod has become the breakout star. Reports of heavy-duty shower rods selling out at home goods stores are rampant. (The tape was filmed at a hotel shower. No stunt poles were involved, as far as we know.)

The new season of Love & Hip Hop: Atlanta premieres May 5. I’ll be watching. Won’t everyone now?

The Teen-Rock Wave Is Here: Prepare to Surrender to 5 Seconds of Summer