The Teen-Rock Wave Is Here: Prepare to Surrender to 5 Seconds of Summer 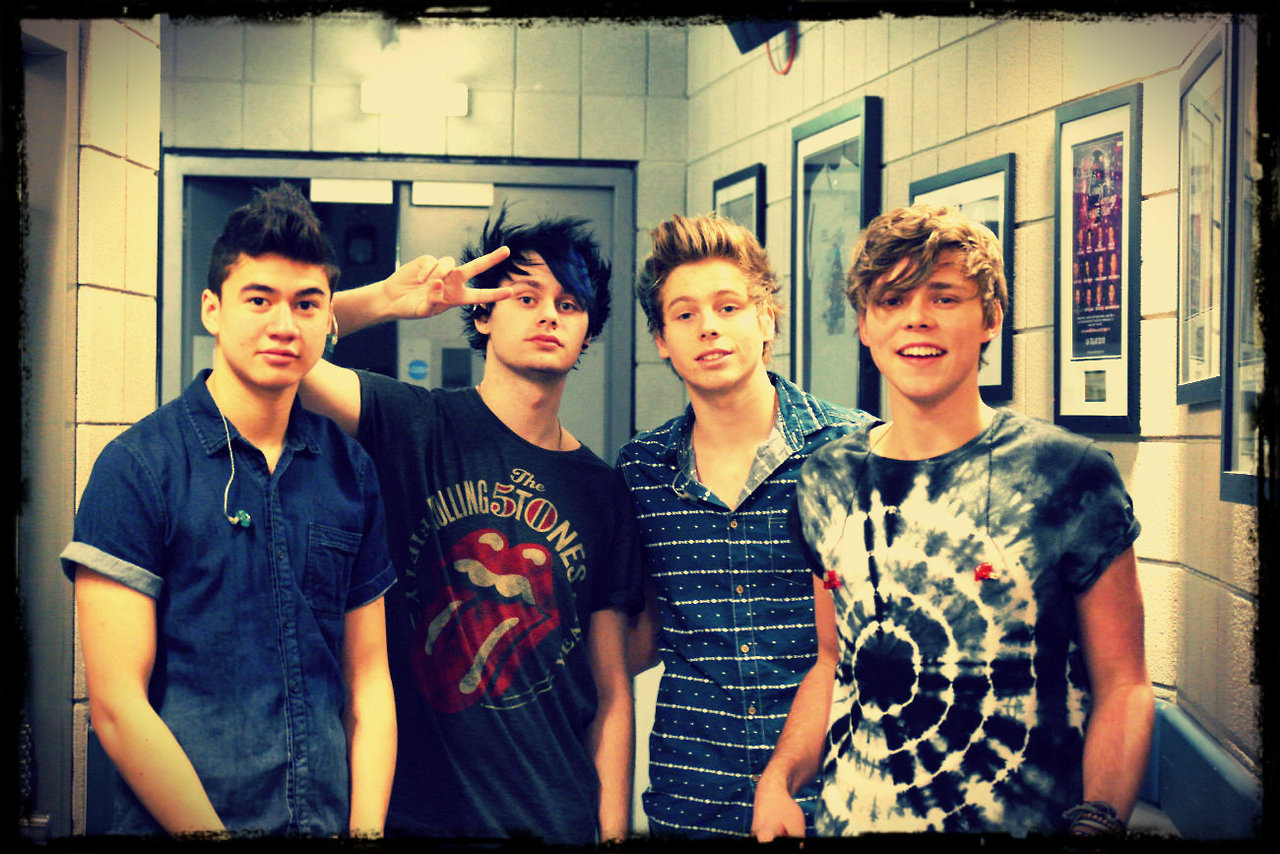 In 2013, I wrote a seven-part history of popular rock bands, starting with Led Zeppelin in the late ’60s and finishing with the Black Keys in the present. My intent was to trace how rock music became a dominant force in pop culture in the ’70s and ’80s, and how and why it entered a decline of influence and prominence starting in the early ’90s. I wrote a ton of words about this, as the explanation for rock’s rise and fall is rather complicated and nuanced. (It also happens to be a topic that I can talk about all day if nobody duct-tapes my mouth shut.) But if I had to boil my argument down to one sentence, it would be this: “What rock music needs right now is more gateway bands.”

No matter the popular music genre — rock, rap, R&B, or country — the audience you must reach in order to gain pop relevance isn’t made up of aficionados and record-collector nerds, but rather grade school kids who simply want music that is infectious and easily accessible. Very little rock music from the past 10 years has been primarily geared at this audience. Only with a gateway band can you even hope to get those listeners to eventually check out the less-commercial stuff on the fringes as they age.

When I wrote The Winners’ History of Rock and Roll, I secretly hoped a new band composed of cute dudes playing guitars would rise up and turn rock into a kiddie-pop genre again. Because “cute dudes playing guitars” is always a winning formula, no matter if it’s 2014 or 1964. This is why I’m heartened by the burgeoning success of the Australian quartet 5 Seconds of Summer.

If this is your first time hearing “She Looks So Perfect,” I’m warning you: It’s probably going to be invading your life constantly for the next year. The latest link in a bubblegum power-pop chain that goes back to 1910 Fruitgum Company, Rick Springfield, and the All-American Rejects, “She Looks So Perfect” is the title track from 5SOS’s new EP, which premiered last week at no. 2 on the Billboard albums chart. The group’s first full-length album is due later this year via Capitol Records. This LP will presumably coincide with 5SOS’s tour of arenas and stadiums in support of its most important benefactor, the British boy band One Direction. After that, 5SOS could very well become one of the most popular rock bands in the world.

One Direction took a step toward rock on last year’s Midnight Memories, which included a brilliant Big Star/Cheap Trick pastiche (and one of my favorite songs of 2013), “Little Black Dress.” To my delight, 5SOS essentially picks up where “Little Black Dress” leaves off. Now, it’s possible my perspective is skewed on this, because I’ve just played “She Looks So Perfect” seven times in a row. But it’s the kind of song that seems a little annoying on first listen, a little more tolerable on second listen, and then full-on addictive on listens three through 37 and beyond. The only aspect of “She Looks So Perfect” that’s catchier than the chorus is the song’s most memorable lyric — “You look so perfect standing there in my American Apparel underwear” — which is both stupid and stupid-goofy enough to become an inescapable meme.

How exactly has 5SOS already battled with the Frozen soundtrack for chart supremacy, in spite of not yet releasing a proper album or hit single? Formed in 2011, 5 Seconds of Summer has dutifully paid its dues by conquering each strata of social media, first emerging with a casual, solidly unprofessional cover of Chris Brown and Justin Bieber’s “Next to You” that garnered more than 600,000 hits on YouTube. Then, in 2012, One Direction’s Louis Tomlinson tweeted a link to a much sharper and more polished original, “Gotta Get Out.” That same month, 5SOS released a performance clip for its best song yet, “Out of My Limit” (from the Somewhere New EP), which scored an astounding 3.5 million YouTube views. Shortly afterward, 5SOS joined One Direction on its 2013 world tour, and became a phenomenon in its home country.

“Out of My Limit” established 5SOS house style: blindingly shiny vocals, surprisingly chunky guitars, and unsurprisingly spectacular hair. This aesthetic was honed in subsequent clips for “Heartbreak Girl” (the band’s “on tour” video), “Try Hard” (the “we’re riding a shitload of roller coasters” video), and “Wherever You Are” (the “look at how far we’ve already come from where we started, à la Guns N’ Roses in the ‘Patience’ video” video).

With “She Looks So Perfect,” 5SOS takes another evolutionary leap forward in terms of its musical and visual presentation. While the band members are still baby-faced, ranging in age from 17 to 19, identities have emerged: Lead singer Luke Hemmings is “the cute one,” guitarist Michael Clifford is “the cute but crazy one,” bassist Calum Hood is “the cute but shy one,” and drummer Ashton Irwin is “the cute one who wears headbands.” Pick your favorite, or collect them all.

In case it matters: “She Looks So Perfect” was cowritten by Clifford, Irwin, and producer Jake Sinclair, whose recent credits include Taylor Swift’s Red and Pink’s The Truth About Love. The other songs on the She Looks So Perfect EP have similar “band members plus well-pedigreed hired gun” credits. The iTunes version of the EP also includes a faithful cover of the Romantics’ “What I Like About You,” a sports-arena staple that is nearly twice as old as the band members.

If acknowledging a well-worn power-pop classic was a credibility move on 5SOS’s part, it wasn’t the group’s last. Just this past Saturday, 5SOS released a special cassette edition of She Looks So Perfect for Record Store Day. Included on the tape is a special bonus track — a snotty, lo-fi, 38-second booger-fling called “Pizza.” It suggests the band members were eventually turned on to the Descendents after tiring of their Blink-182 records.

“Pizza” is a lot of fun, though I hope 5SOS stays focused on making more songs like “She Looks So Perfect.” 5SOS doesn’t need the record-collector nerds and aficionados on its side — the band could have the whole world in its grasp.

The ‘Love & Hip Hop’ Sex Tape: Only God Can Judge

Do You Like Prince Movies? Podcast: ‘Mad Men,’ Tarantino, and Denzel on Broadway