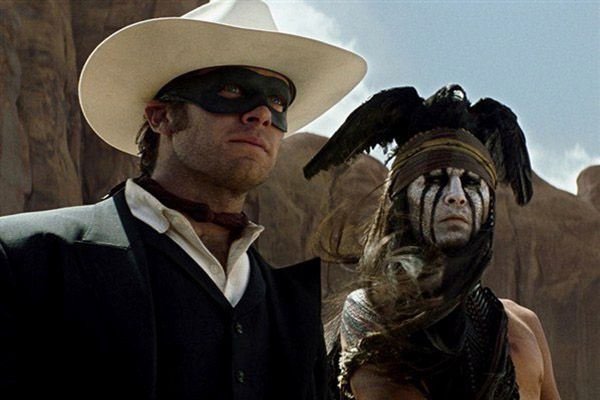 A Lone Ranger Hollywood adaptation has been kicking around for so long that its Wikipedia entry actually contains the phrase “The tone was to be similar to The Mask of Zorro.” Even its current iteration, with Armie Hammer as the title character and Johnny Depp as Tonto, almost died a bunch of times, its own bloated budget threatening to capsize it over and over. But, hey, look: The Lone Ranger was actually shot, edited, and produced into a major motion picture! To commemorate the occasion, five thoughts on the trailer:

1. This thing tries very hard to get you to see trains as totally bonkers amazing. At one point, as bandits dramatically leap onto a speeding train on some retro Fast Five shit, we get the ever-great Tom Wilkinson telling us, in gravelly voice-over, that “whoever controls this … controls the future.” But while I can certainly accept that trains were once groundbreaking technology, it seems like it would be hard for modern audiences to see them as such once again. I mean, at one point the Magic Bullet was pretty next-level, groundbreaking-technology-wise, too.

4. Johnny Depp and Helena Bonham Carter are in this? Tim Burton is going to murder Gore Verbinski.

5. That one scene of the old dudes in walrus mustaches getting shot up in slow-mo? Totally awesome.

Watch Rapper Machine Gun Kelly Destroy a Microsoft Store, As He Should (UPDATED)