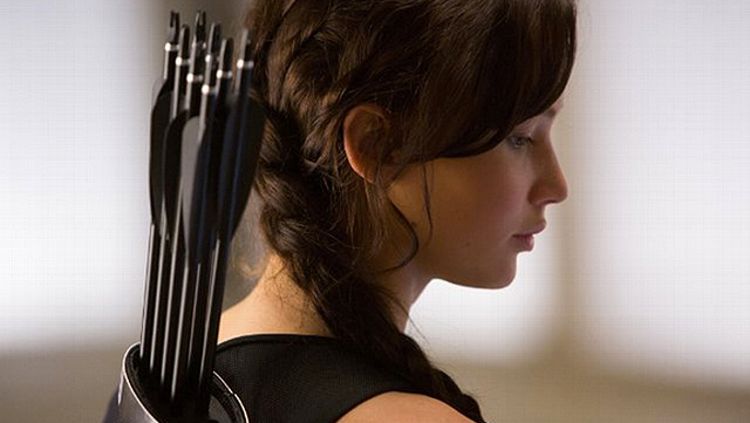 Earlier this week, as I was leaving the Grantland offices, I was immediately reminded that it was Hunger Day. The entire plaza at L.A. Live was filled with mostly teenage and college-aged women lined up for the premiere of The Hunger Games: Catching Fire, blowing on their peppermint mochas and talking excitedly to one another as they waited to catch a glimpse of the film’s stars on the red carpet. One of the interesting things about working at L.A. Live is that every week a different subculture descends on our parking structure and Starbucks. Directioners. Swifties. E3bies. After a while you start to take notice of the broadly defining characteristics of each of these crowds, demographically, sartorially, behaviorally. Last year I crossed the sidewalk and made a visit to Camp Twihard, a sprawling tent city that took over the complex for a week leading up to the release of The Twilight Saga: Breaking Dawn — Part 2, which was more or less like walking into a Twilight fan forum made three-dimensional. There was no such encampment for the Catching Fire premiere, but a similarly heavy excitement hung in the air, just with less glitter and more olive drab parkas.

Ladies and gentlemen, we are at the height of the Katniss era. The critic-approved adaptation of the second installment of Suzanne Collins’s young-adult trilogy opens today, and star Jennifer Lawrence, now with a spunky pixie cut and intestinal tract troubles to bolster her relatability, has never been more beloved. Men and women of all ages who would ordinarily never read a “kids book” are digging into the dystopian world of Panem, ostensibly to keep abreast of the latest pop-cultural trends, but eventually getting sucked into the drama like the tweens who first staked out the territory. If you’ve devoured all the books and are in need of more sci-fi YA action, a knockoff is on the way. Arrows show no sign of fading away from the accessory counter anytime soon.

The Katniss/Hunger Games era is the successor to the Twilight era, which ended essentially on the day that The Twilight Saga: Breaking Dawn — Part 2 hit theaters on November 16, 2012. In the year that has passed since then, it has hastily been eclipsed (pun totally intended), growing smaller in the rearview with every shrug-inducing KStew-RPatz update and disastrous hitch in the preproduction for Fifty Shades of Grey. Fandom eras, like ancient empires, come and go from the mainstream culture in waves. (I’m specifying mainstream culture here, because of course the Twilight fan community will remain a thriving presence online and at conventions around the world — it just has ceased to be a presence for us non-Twihard laypeople.) Part of a fandom’s longevity and dominance can be attributed simply to the amount of time it takes to get all the relevant content out there. Harry Potter’s content lifespan was a lengthy 14 years, from the release of Harry Potter and the Philosopher’s Stone in 1997 to the premiere of Harry Potter and the Deathly Hallows — Part II in 2011. Twilight’s was seven. But a large-scale fascination with a fictional realm speaks to something beyond a studio’s production slate. Four years ago, our squealing teens wanted to be turned into vampires. Now they want to hunt rabbits with a bow and arrow. This can’t be by accident.

Twilight itself could be seen as succeeding rich-girl clique fantasies like Gossip Girl and Pretty Little Liars, whose popularity and relevance began their slow fade around the time of the recession. (Pretty Little Liars remains successful in its current form as an ABC Family soap because it smartly pivoted to a more murder-and-suspense-centric tone than the original books. Dead teenage girls never go out of style, unfortunately.) In an echo of the cultural shift between the ’80s and ’90s, Twilight replaced New York City and designer handbags with the Pacific Northwest and flannel. Oh, and true love. The truest of all loves. Unlike Blair Waldorf and Aria Montgomery, who constantly drop pop culture references, Bella and Edward don’t interact very much with the communities they find themselves in; high school gossip and cliques are held up for light mockery when they are addressed at all. (One of Twilight and The Vampire Diaries’ less-prominent similarities is how the idea of school fades and reappears as is convenient for their human heroines.) Instead they retreat inward into their own romance, which, it is implied, is all they need.

If we want to link these franchises and their fans to economic and political phenomena and then make sweeping generalizations about them — just for fun of course! — then the Blair Waldorfs are products of the Bush years and the bubble (imperialistic, indulgent, nihilistic), the Bellas are casualties of the recession (passive, depressive, escapist), and the Katnisses are informed by the Occupy movement and the NSA leaks (paranoid, resourceful, unsentimental). It’s possible to be more than one of these three, but more often than not they are mutually exclusive types, for both moral and aesthetic reasons. Of these three types, the Katniss is the least concerned with romantic love, unsurprisingly. Ideally she has an admirer or two she can repeatedly spurn, but self-sufficiency is very important to the Katniss. In what seems like intentional opposition to the often helpless Bella, the Katniss feels the need to be able to fend for herself — to build a fire, to mend her own wounds, metaphorically speaking. At the same time, she is not a lone wolf; she likely has a strong connection to her family and is very in tune with her culture and how it may be manipulating and/or disenfranchising her. The Katniss has no use for reality TV, but knows it’s important to understand how it works. She is a self-proclaimed “foodie,” and definitely not vegetarian. Even though she pretends not to care about fashion, she has a well-honed sense of style. Her Pinterest life is more active than she’d probably admit. The Katniss either is or aspires to be athletic, but she doesn’t usually watch sports, except for maybe the Olympics. She reads news stories about gay rights protests in Sochi and part of her wishes she could be there.

There are at least four more years of the Katniss’s reign, which means we’re just past the midway point of The Hunger Games’ content lifespan (the first novel was released in 2008). But that also puts us on schedule to be planting the seeds for the next heroine’s ascent to the mainstream. There are a few contenders: This year’s best-selling Miss Peregrine’s Home for Peculiar Children was bought by 20th Century Fox and will be adapted by (take a wild guess from the title alone) Tim Burton. But if I’m putting my completely arbitrary YA augury skills to the test, I think we won’t be visiting creepy-kooky goth land anytime soon. There’s still so much in the white-hot ’90s nostalgia well that we haven’t even begun to utilize, and the most glaringly obvious is aliens, the most commonly overlooked of all paranormal beings. Conspiracy theory is the next step after The Hunger Games’ distrust of authority, after all. I will bet money that a Roswell revival is coming back sooner than you think, and The X-Files is never out of style. And now that I’ve put that into the universe, I will sit here and wait patiently for a reincarnated teenage Dana Sculley to make her way to the multiplex in approximately May 2018.