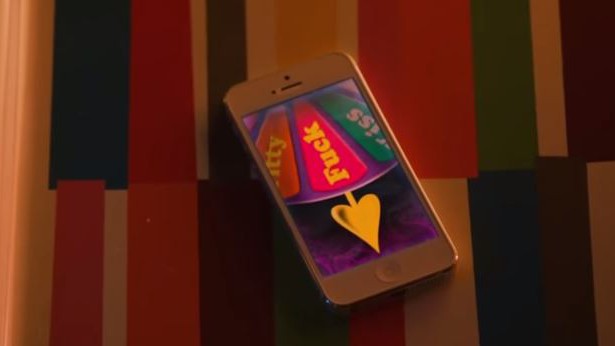 There’s an arms race going on in the world of television. Show creators know they have to deliver some memorable shocks if they want network execs and viewers to pay attention, particularly if they’re going to blow them away with the first episode. And as viewers get more used to these shocks, the natural response is to explore all tactical, nuclear, chemical, and psychological options. These shocks don’t mean plot twists or events that need a spoiler alert; it’s the type of thing that turns up in every episode, distinguishing the show from all the other ones you could be watching. They’re the details a TV reviewer might reference in the third sentence of the intro paragraph as shorthand for the type of world that’s being created.

In hour-long dramas, the boundaries of what’s possible to get onscreen keeps getting tested. Cable shows obviously have much more freedom when it comes to language, violence, and sex, and every year things get gnarlier. Some shows on major networks have tried to do what they can to keep up, but the tame forecast for this coming fall makes it look like they may be mostly sitting things out this season.

Below are key examples of what went down in the pilots for some successful dramas since the start of the 21st century, and a look at if their bold moves from back then still feel that way now, or if they just seem quaint by our current, debased standards.

The Shockers: A litany of “Wake up! This is what real life is like, people!” plot points including anonymous airport-closet sex and teens smoking crystal meth. Plus there’s all of that demystifying-of-human-corpses and illuminating-the-death-industry stuff.

How Shocking Is It in 2014?: Claire’s jaw-grinding speed trip seems cartoonish now, and Nate and Brenda’s overdone dirty talk wouldn’t be out of place on one of the “bro-ed”-up sitcoms the networks keep trying.

How Shocking Is It in 2014?: Similarly suburban-set major studio movies like Superbad and Project X featured much younger-looking actors engaging in much worse behavior, but having neurotic Seth Cohen freak out while taking in The O.C.’s debauched beach bash makes it seem like it wasn’t glamorizing this situation that it was definitely glamorizing.

The Shocker: The smoke monster.

How Shocking Is It in 2014?: There’s been plenty of weird and attempted-weird on TV since the first episode of Lost, but the first disorienting glimpses of the smoke monster are still great indicators of how radical this show would prove to be.

The Shocker: Not only does the show start with Meredith Grey, the nominal star, waking up from a one-night stand, but it’s a total whoopsie-doodle since that one-night stand turns out to be one of her new bosses.

How Shocking Is It in 2014?: In 2013, Grey’s Anatomy creator Shonda Rhimes said on NPR’s “Morning Edition” that older, male ABC executives told her that viewers wouldn’t be able to attach themselves to a character who would sleep with a guy whose name she didn’t even know and then kick him out of her house. “That kind of conversation would never happen now,” she explained. “I think now we’re in a world in which nobody is worried about whether the women are likable. If you have a show with a female lead, which was a fairly rare thing to do a little while ago, because it was so rare, everybody wanted that person to be perfect because she had to represent everybody.”

The Shocker: After decades of serial killers in TV and films, for Dexter the shocker (and premise) is the perspective: twisting up the genre by putting a killer in the hero position. Though, of course, in the first episode there’s still the usual conventions of chopped-up bodies, severed heads, snuff films, pedophiles, and methodological murders.

How Shocking Is It in 2014?: There’s been plenty more serial killer material since Dexter. The Following (see below) and Hannibal try to push the envelope even further.

The Shocker: Set among a privileged group of teens on the Upper East Side who are obsessed with their phones and get drunk and high openly, one of the show’s stars tries to force himself on two different girls.

How Shocking Is It in 2014?: The technology and substance abuse parts come off a bit like parody, and maybe even did seven years ago, but making your most charismatic character a potential sex criminal is an intense decision.

The Shocker: The show’s hero shoots a bisected young zombie in the head before he heads into Atlanta to find his family.

How Shocking Is It in 2014?: The brutality of the scene doesn’t make it that hard to watch. It’s that Rick Grimes has been doing that burdened, sad face for so long now.

The Shockers: The incest vibes in the pilot were already heavy when Viserys Targaryen appraises his younger sister Daenerys’s naked body, but the upsetting material gets ratcheted up several levels in the closing minutes, when young Bran Stark sees the Lannister twins having sex, then gets pushed out of a window because of it.

How Shocking Is It in 2014?: Still totally messed up, like almost everything on Game of  Thrones.

How Shocking Is It in 2014?: Not that scandalous, especially since Pope’s affair with the president is the one detail about the show that basically everyone knows. Still, Rhimes definitely tests her aforementioned unlikable female theory with a main character who can be manipulative and ruthless, but she tempers Pope’s flaws with a sense of loyalty and the pure admiration from her staff. It looks like Rhimes will be pushing her theory on female characters even further with this year’s How to Get Away With Murder.

The Shockers: The body count escalates quickly and includes female college students with their eyes cut out, mutilated dogs, Maggie Grace, and a woman who strips down to her underwear to reveal a body covered in Edgar Allan Poe text, then stabs an ice pick into her own brain.

How Shocking Is It in 2014?: It’s a lot of blood for a Monday night. It’s a lot of empty violence for any day of the week. And show creator Kevin Williamson will be taking this approach again with 2014’s Stalker. As Andy Greenwald writes, “You watch the first five minutes of Stalker, in which a beautiful young woman is lit on fire and burned alive in her SUV. And then you remember who and what we’re dealing with.”

The Shocker: Teens annihilate themselves as a party at Dorfman’s (it’s crazy how many times they repeat the name of the unseen “Dorfman” in this episode) and use a phone app on a phone that’s a combo of spin the bottle and sex dice, but waaaay darker. “Fuck” and “Burn” end up being the somewhat tame options considering that after Jill Garvey’s spin, she ends up going into Dorfman’s disappeared little sister’s room and blankly chokes out a dude while he jerks off.

How Shocking Is It in 2014?: Well, it only happened a couple of months ago, but considering that three weeks later The Leftovers graphically showed a person being stoned to death, it’s pretty clear this show wants to get right to as many awful things as possible. It can make you yearn for the simpler days when Claire from Six Feet Under delivered bitter wisecracks while freebasing crystal meth, surrounded by rotting pizza.

Staring Into the Eternal Bliss of Lauren Conrad's Wedding Exclusive