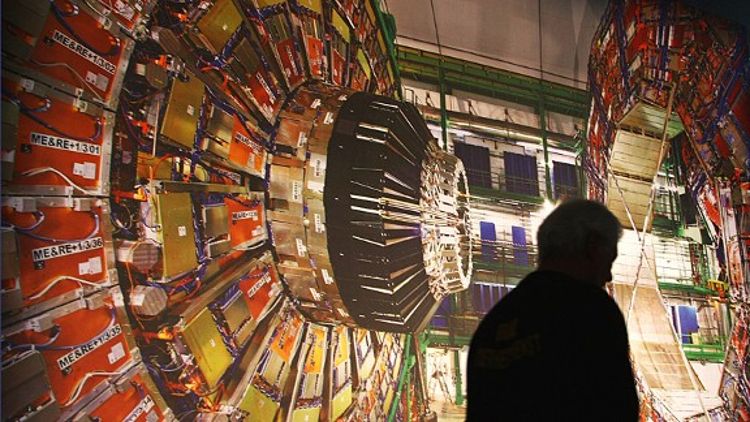 In 2011, the world ended in Contagion, Rise Of The Planet Of The Apes, and Melancholia — all of which imagined what life will be like during forthcoming global pandemics, futuristic apocalypses, and violent astral plane natural disasters. From the pop sci-fi P.O.V. things seem awfully bleak, but what’s the news from actual scientists? I want facts. Is “2012” an old Mayan wives’ myth that will vanish with the ball drop just like “Y2K” did? Remember when Y2K happened and we all got to exit The Matrix and live in digitally constructed dreamworlds of our own design instead? (Oh, you must have taken the wrong pill.) Most importantly, WHAT NEW ANIMALS WERE FOUND THIS YEAR? It’s the first installment of the Grantland Pop Science Corner!

Big Earthquakes Are Not On The Rise: “The many large earthquakes that have shaken our planet lately are the result of random events, not a pattern suggesting an uptick in such quakes” according to two different geophysical studies claiming all the recent earthquakes don’t signal the apocalypse. So comforting. “Humans like to find patterns in random events, even if they don’t exist.” Humans have seen a lot of disaster and pandemic movies lately.

Unless the 12 disasters that hit the U.S. this year causing over a billion dollars in damage were actually caused by steadily mounting climate change, and The Extreme Weather Is Just Starting! This sounds much more likely than “nothing is wrong” even though “nothing is wrong” sure sounds nice. Start looking forward to heat waves, heavy rain, and droughts. Crazy things are already happening. Greenland’s Icebergs Are Breaking Off (“Calving”) At Record Rates But NASA Says 2012 Apocalypse Fears Are Unfounded. Whew. Even though the sun “will cross in front of the plane of our galaxy” it’s a perfectly routine occurrence happening twice a year. Talk that reassuring scientific talk all night, NASA.

A Rogue Planet Is Not Going To Crash Into Earth: A supposed Melancholia-like kamikaze planet called “Nibiru” or “Planet X” has not been demonstrated to exist, having been invented in 1995 by the founder of conspiracist website ZetaTalk. More on Nibiru/X: “The predicted collision has subsequently been embraced by numerous Internet doomsday groups, most of which link the event to the 2012 phenomenon.” Internet doomsday groups y’all. In all likelihood 2012 Will Begin Without A Space Apocalypse Or Pole Flip: “The magnetic poles do flip sometimes, but on time scales of about 500,000 years.”

Should we listen to NASA or trust them? After all NASA Has Lost Hundreds Of Moon Rocks: NASA “lacks sufficient controls over its loans of moon rocks and other astromaterials” according to a moon rock audit. (This is a real thing. Done by a moon accountant?) NASA says no big deal, they have thousands of moon rocks left. They need to not loan out so many moon rocks to the Pot Growers Destroying National Forest Oh no, man. Bummer. Did you leave those moon rocks in the pot forest? I just thought they might, like help us harvest some lunar power for our outdoor grow-lights. I didn’t know they were going to draw down the evil poisonous moons of Planet Nibiru.

“Vocal Fry” On The Rise: Glottalization (a low staccato vibration also known as Britney’s death metal register) is a growing language trend amongst some American women. “Young students tend to use it when they get together.” Yah I mean like surriusslyyyyyyyyyy guyssssss. Girls can use vocal fry in the lab too, because the Math/Science Gender Gap Is Cultural, Not Biological (duh) and speech patterns don’t necessarily denote intelligence levels. Smart people are generally great at code-switching. Ohmygod I knowwwwww, riiiiiiiiiiiiiight?

Senior Happiness Boosted By Socializing: Three hours of socializing a day boosts happiness in seniors by 20%, while those younger than 30 require at least six daily hours of socializing for an equivalent shot of well-being. Everybody needs some amount of daily socializing, social isolation is pretty closely correlated with depression (solitary confinement). Social networking doesn’t count. In fact, I would wager that for every hour of social networking you need an extra hour of contact with real live human beings. I would bet all of my moon rocks on it.

Did They Find The “God Particle? Did the CERN Large Hadron Collider find the fabled Higgs boson “God” particle, the predicted elementary particle that has not yet been observed in an experiment? Maybe. Many scientists are not big fans of the name “the God particle,” as it makes the particle sound more important than it really is, and coiner Leon Lederman claims it was shortened from “the goddamn particle” because “nobody could find the goddamn thing.” Lederman sounds like a goof.

Babies Only Imitate People They Trust, and they are less likely to mimic adults they consider “unreliable” or “dishonest.” This just makes me wonder what Sally Draper is up to right now in Ossining. Ironing one of her Peter Pan collar blouses? Listening to a Beatles record? Mixing herself a stiff drink?

Rock-Eating Microbes Live In Ice Caves on the summit plateau of Antarctica’s dormant volcano Mount Erebus. Frosty snow germs slurping lil’ gravel shakes in an arctic volcano, sure that’s pretty cute and all but tell me when they wake The Elder Things. There’s plenty for scientists to munch on there because Antarctica Is Best For Astronomy due to the relative absence of light and sound interference. New Year’s Eve Barbecue at the South Pole! We’re going to grill moon rocks (for the vegetarians) and flip some burgers/poles.

208 Species Discovered in Asia’s Greater Mekong region in 2011. Here are some of them! Who needs the “God” particle when you’ve got all these new goblins to inspire reverence in the universe’s infinite awesomeness and strangeness.

— “Snubby” Monkeys: known locally as mey nwoah (monkey with an upturned face) it has a pompadour, a moustache, and covers its face during storms to avoid sneezing fits, apparently induced by the rain. (Rhinopithecus strykeri)

— Self-Cloning Lizard: “An all-female speces that reproduces via cloning, without the need for male lizards.” A legendary tribe of reptilian female warriors. (Leiolepis ngovantrii)

— Wolf Snake: “So-called because of their large fangs in both jaws.” IN BOTH JAWS. A nocturnal predator of lizards found in the mountains of Dongchuan. The only thing that sounds cooler than “Wolf Snake” is (Lycodon synaptor)

— A New Kind Of Orchid: Just because it is pretty. (Dendorbium dalakense)

— Psychedelic Gecko: Found on Hon Khoai Island off the tip of southern Vietnam’s Ca Mu Peninsula. They live on boulders and are at one with the universe. (Cnemaspis psychedelica)

— Seven Frogs: Three in Laos including Amolops akhaorum, three in Vietnam, and one in Thailand.

— Second Hairy Yeti Crab Discovered: “The original yeti crab was charismatic. This one is even more so.” I believe the term proper scientific term is crabismatic.

Previously by Molly Lambert: This Week’s Top Ten in R&B and Hip-Hop as Movie Musicals
Boardwalk Empire Recap: Death on the Jersey Shore
Lindsay Lohan’s Secret Diary, and Other Horror Stories From This Week’s Tabloids