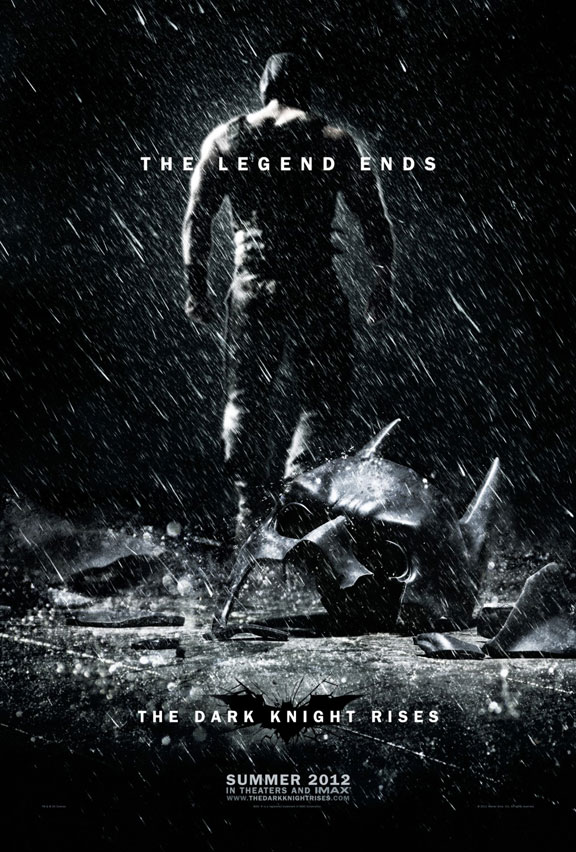 What the art says: Batman’s mask isn’t rubber. It looks rubber. The replicas they sell on Amazon are rubber. But the real one is obviously not rubber. Maybe it’s ceramic or something? As for Bane, consider this poster final confirmation that he’s going to be a complete badass (again). How do we know? Because turning your back to the camera in the rain proves it. Just ask Rambo.
What the text says: A title, tagline, release date and website. Even for movie poster obsessives, there’s not much to read into there. 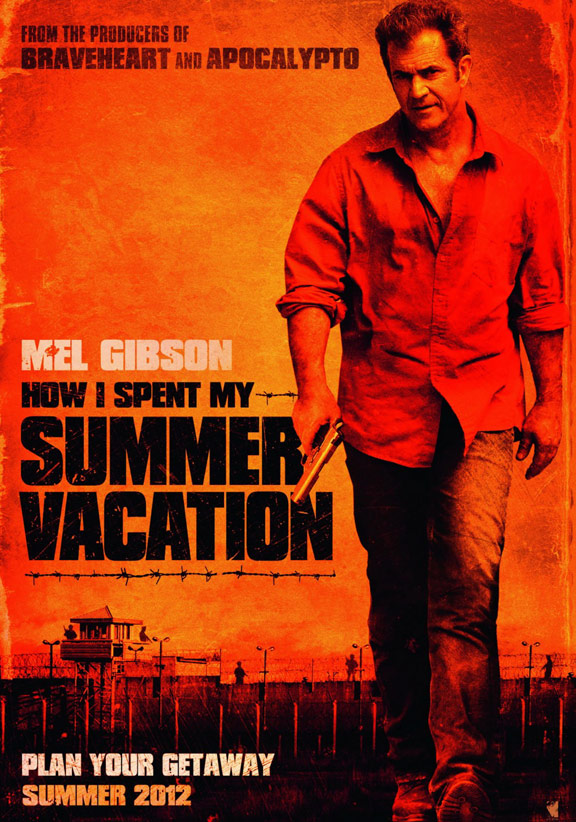 How I Spent My Summer Vacation

What the art says: Action Mel Gibson is back, which hopefully means Ventriloquist Mel Gibson is dead forever. Mel plays a career criminal sent to a Mexican prison in this horribly titled movie and as good as it is to have Action Gibson back though, the last appearance of gun-toting Gibson on a poster didn’t turn out well.
What the text says: Mel Gibson is the only person who matters. “From the producer” credits are usually an attempt to sell a movie based on that producer’s previous success, but Braveheart and Apocalypto were both Gibson joints. That means whoever is distributing this movie has to count on Mel alone to sell. Yikes. 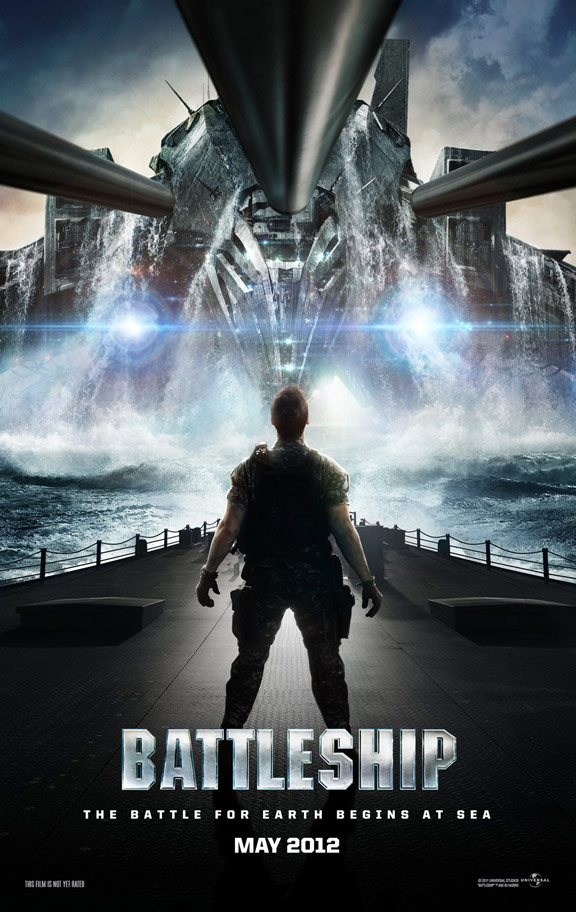 What the art says: Battleship aliens! This poster dispels any worries (or hopes, if you’re weird) that Battleship would have anything to do with board game. It also steals the Christopher Nolan photography formula from The Dark Knight and Inception, which is a lot better than stealing from Michael Bay. On the negative side, there are those three black bars at the top. Took us a good minute to realize they’re cannons.
What the text says: Missed opportunity. It’s too early to speculate on box office numbers, but it’s also easy to imagine this thing would easily double its take if the poster said, “From the producer of Friday Night Lights. Starring Landry Clarke and Tim Riggins.” 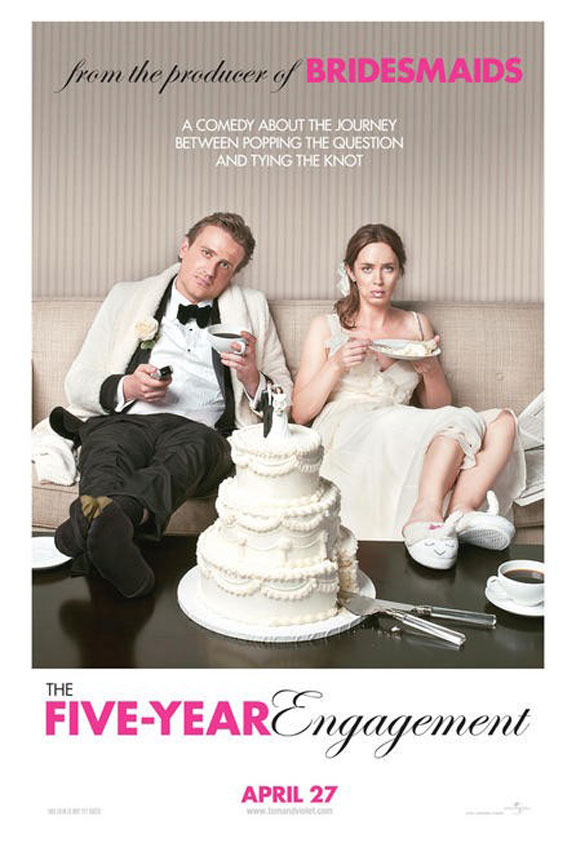 What the art says: Someone in a suit wanted them in the classic bed pose. But someone in jeans said no. So this is what they settled on. With a cake.
What the text says: The producer is more important than the actors, particularly when the producer is Judd Apatow. (At least Apatow is called a “producer” on this poster. Most of the time he’s called “the guy who brought you” The 40-Year-Old Virgin and Superbad, as if he’s a tech guy at Netflix instant.) 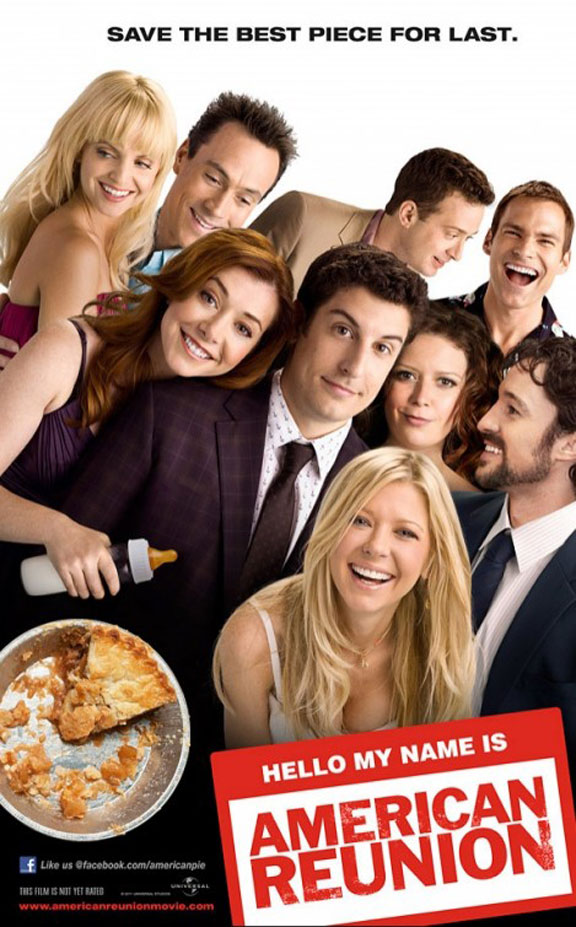 What the art says: Universal got everyone back together from the original! You can tell, because this poster is virtually identical to the original one! The notable differences: Jason Biggs in a shirt, Alyson Hannigan holding a baby bottle instead of a flute, and the kid from Rookie of the Year has a beard. Oh, and the pie in the first one had a dong-sized hole.
What the text says: More like what the lack of text says — which is that none of these actors went on to enough success to warrant slapping their name on the poster. We would have gone with Alyson Hannigan at least, but what do we know?