The ‘Grand Theft Auto’ ‘I’m Not a Hipster’ Update: Actually Not Very Hipster 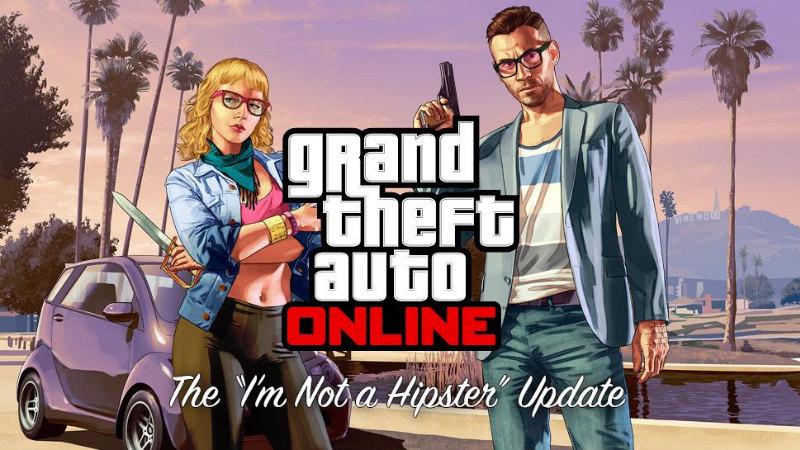 “What is a hipster, really?” Now there’s a question nobody cares about. [Pushes up glasses humorlessly.] Like any vaguely alternative lifestyle of sufficient popularity, it has diffused itself into the mainstream so much as to be indistinguishable from it. I’ve heard it used to describe Breaking Bad, Beats headphones, Twitter (!!!), and brioche. (OK, I’ll give you brioche. Inexcusable.) One thing’s for certain: Hipsters don’t play video games. Or wait, maybe they do play video games, just certain culturally relevant ones like Grand Theft Auto and Mario Party. Or maybe they play Call of Duty, too, but, you know, ironically? Irony is a thing that hipsters like. An “ironic mustache” is something I have heard of. It’s a mustache that actually means the opposite of a mustache.

Perhaps a more pressing question given today’s announcement from Rockstar Games is, Who is the Grand Theft Auto Online ‘I’m Not a Hipster’ Update for? While I acknowledge the limitations of language in this particular instance, I’m going to throw around some labels ironically and guess that this expansion pack is aimed at … hip — No, no, I change my answer, definitely for non-hipsters. Who else would want to pretend to be a hipster in a video game … ironically? Wait a second … I change my answer again. How about this: In the spirit of a circa-2002 makeoutclub.com message board moderator, let’s eliminate the word “hipster” from the rest of this post and see if it comes out any less confused.

I will say that, as someone who spent a large chunk of fall 2013 driving around a simulation of my own [redacted] neighborhood in Los Angeles listening to “Radio Mirror Park” (the frequency of which is the same as the [redacted] radio station I worked at in college) and who respectfully declined the mission in which one “Neutralizes 20 Killer [redacted],” I wasn’t aware that the “I’m Not a [redacted]” Expansion Pack was a necessary statement for the franchise, but here we go. Let’s go through some of these new features and try to find some more accurate reductive labels for the consumer lifestyles of which they are indicative. 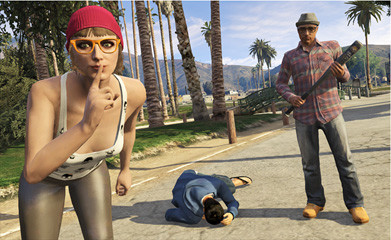 “The environmentally conscious set can check out the Panto microcar” 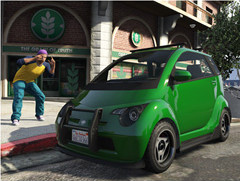 ” … while those looking to roll with their Crew in more ostentatious style can add the massive 3-axel, 6-seater Dubsta (unlocks at Rank 100) to their fleet.” 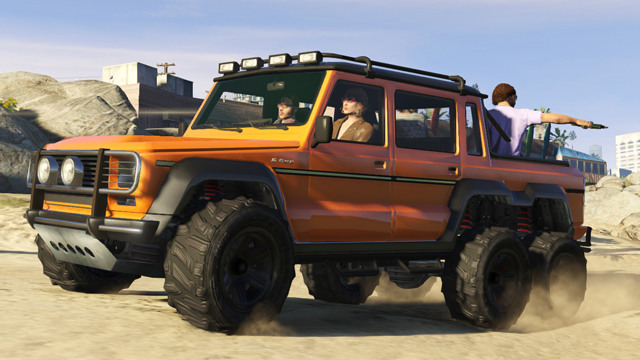 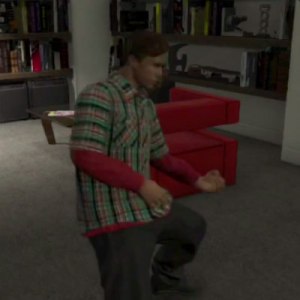 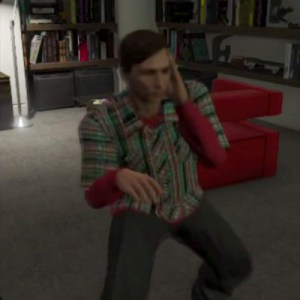 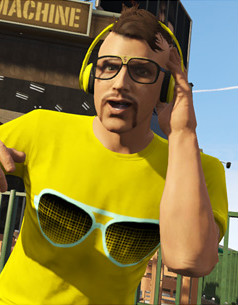 “Even Ammu-Nation is getting in on the latest non-ironic trends with the Vintage Pistol and Antique Cavalry Dagger now in stock.”

That’s better — if there’s one thing I can’t abide, it’s an inaccurate stereotype. If you are so inclined, the “I’m Not a [redacted]” Update is available now for anyone with Grand Theft Auto V and an Internet connection; no cred necessary. Now here’s the part where you look at my byline photo and say something constructive.

OK Go Are Coming for Your Views Again, Internet