Naveed Shabazz (so dead, why are we still talking about him?), Simone Al-Harazi (hit by bus, Jack refuses to let her die), CIA Head of Station Steve Navarro (Benny Bratts Tha Mole, puts hits out on his own staffers), Chief of Staff Mark Boudreau (trying to trade Jack to the Russians in exchange for a stack of Kawhi Leonard rookie cards), Margot Al-Harazi (the don of terror).

Before getting into the episode, another look at Mr. Russia’s mustache. 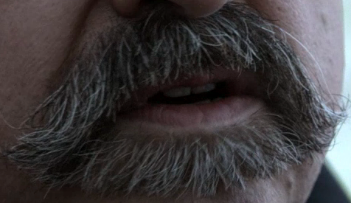 The still-not-dead Simone is being rushed into the emergency room by Lil Bauer The Kate, accompanied by Benny Bratts. They want to talk to Simone, but the doctor says they need to drill a hole in her skull. So there’s that.

Leaving the hospital, we travel to a home that looks as evil as the happenings on the inside. 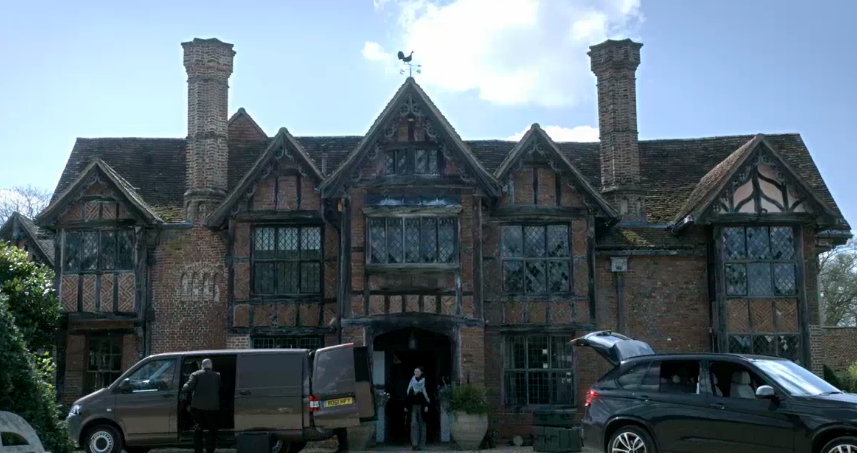 Out of the den of sin walks Margot, who alerts her JV missile-shooting son about her conversation with Heller. The boy thinks it’s a trick and that she shouldn’t do a deal (Heller in exchange for destroying the remaining drones). But then Margot brings up a point that further fuels the belief that Heller and Margot are crushing on each other. Hard.

“If a murderer like Heller can keep his word, so can I.”

What’s cuter than that? They’re so going to Nobu by the end of this episode. I wonder what she’ll wear.

Before watching them leave the house to change locations, here’s a picture of Margot’s son, next to Pete Wentz. 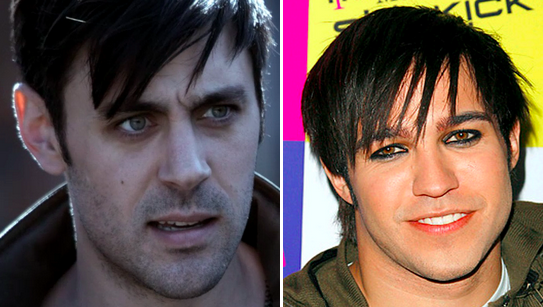 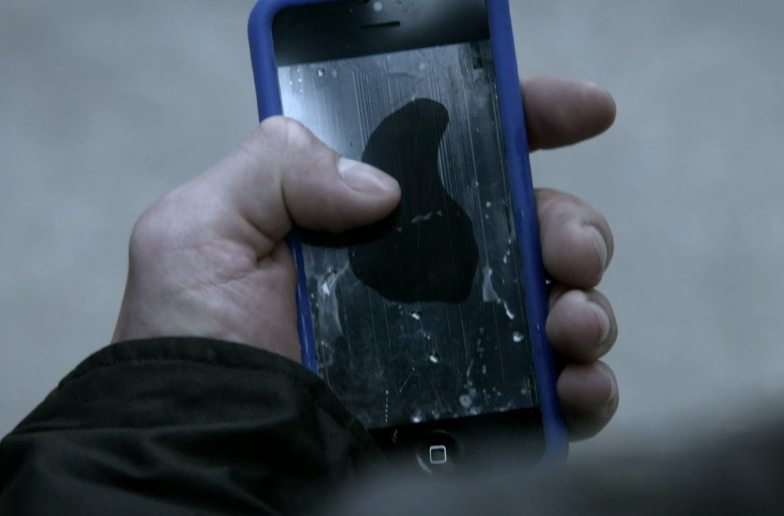 By the way, if this somehow turns into an ad for that Samsung Galaxy “Whatever Proof” phone, I’ll be so upset. Impressed, but upset. This digression couldn’t be less important, however, because Jack and Heller are in the same room again. And Heller just said, “I need you to do something for me, Jack, something you’re not going to want to do.”

THIS IS WHY WE COME BACK, EVERY SEASON. FOR THIS MOMENT.

And what a moment it is. Heller tells Jack that he’s going to surrender and let Margot kill him in exchange for the alleged destruction of the drones. Jack is not happy with this. And he shows his disdain by throwing his messenger bag over his shoulder, preparing to walk out. But then Heller starts yelling at him. And it gets real screamy. 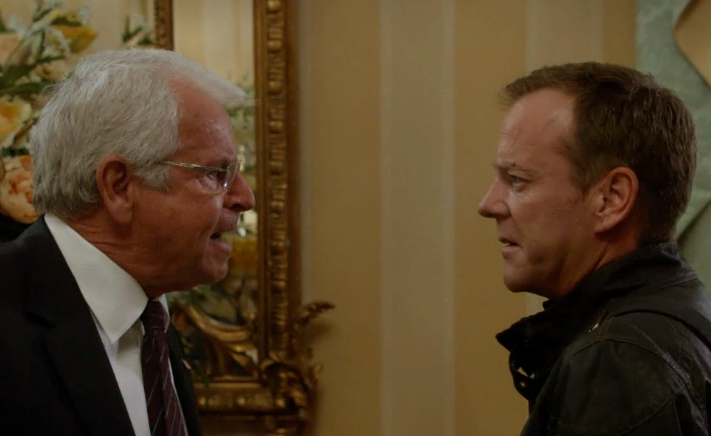 And then Heller tells Jack that he has Alzheimer’s. And it suddenly goes from angry to somber. Heller alerts Jack that he’d have to resign soon anyway because the news would be public in no time. And then he hits Jack at the core, telling him that if Jack were the president, he’d do the exact same thing, a reality Jack can’t even deny, since he’s been sending himself on “I’m prepared to die” missions since the early aughts. 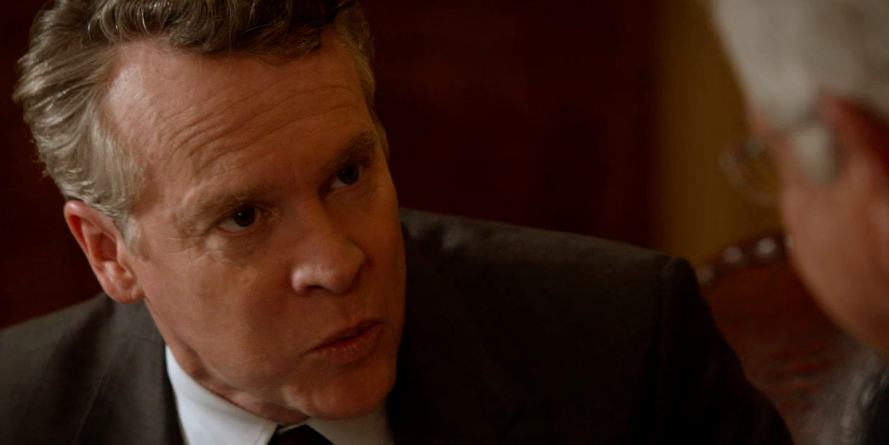 Oh, perfect. Jack and Boudreau, working together to help Heller die, via the most diabolical English countryside terrorist ever created, all without his daughter and centerpiece of a love triangle knowing. Just wonderful.

Back to Jack, and he’s on the phone, pissed at Lil Bauer The Kate because she hasn’t awakened Simone and gotten her to talk. Jack really needs her to wake up. Now.

So Lil Bauer The Kate does what her mentor would do: She pulls a gun on a doctor. Because there’s nothing more Bauer than intimidating those with MDs. 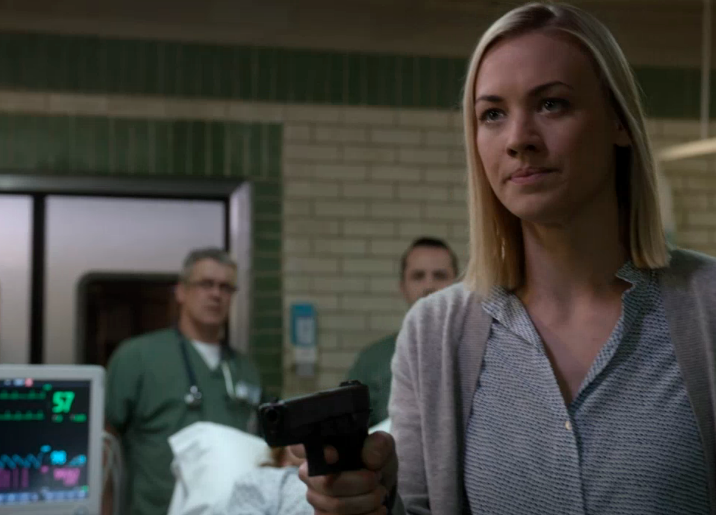 And, like clockwork, Lil Bauer essentially gets what she wants. Simone wakes up, tells her the address of the evil house, as well as a secret disk Dead Naveed hid under the floorboards. And then Simone had a seizure. I really can’t think of a time in the history of 24 when pulling out a gun in the emergency room didn’t result in something positive.

While Lil Bauer is off to follow this lead, Bauer Bauer waits for Heller to return. And he returns. With Boudreau. Which causes Bauer Bauer to give a look — the half-squint, disapprovingly confused frown — universally articulated as, “Is you crazy?” 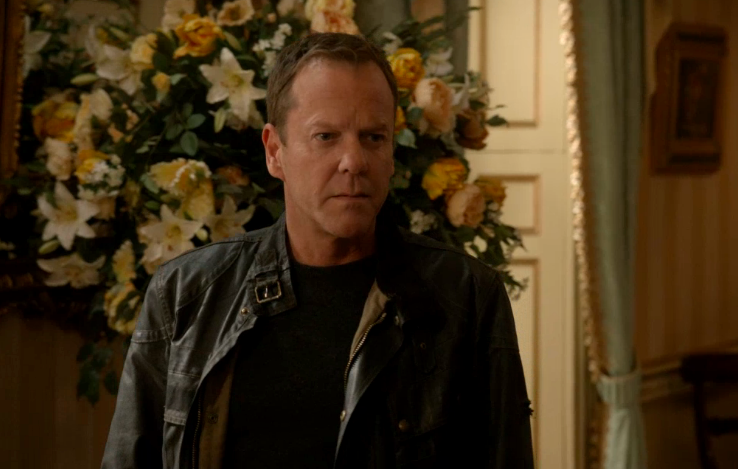 Somehow, believe it or not, this meeting of the nemesis minds is cordial, with Jack telling Boudreau everything he needs and Boudreau complying. Following that, we see Heller in Audrey’s office. It looks like he might tell her, but instead he asks to see an old family photo and they spend a quiet, calm moment together. And then he walks out, not saying a word.

Another poor guy: President Heller, who, en route to go die, has to get his presidential transponder sliced out of his arm by Jack. 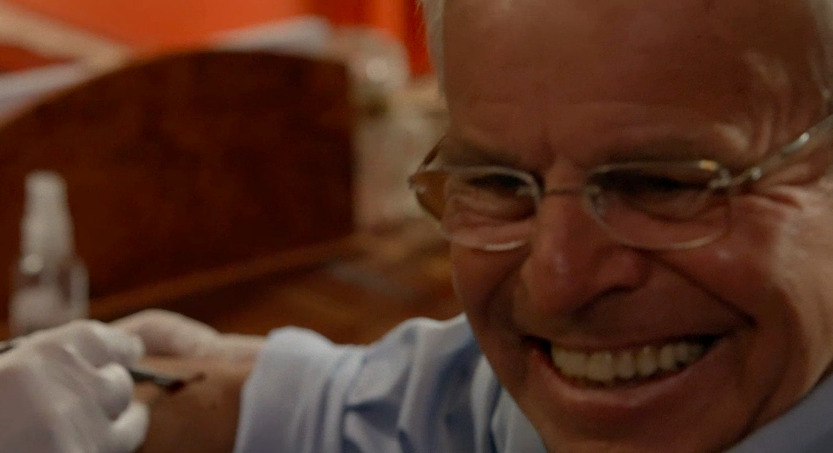 Heller puts on his cool last-day-living clothes, Jack asks him if he’s sure he wants to do this, Heller assures him, and they begin sneaking out. They almost make it out smoothly, but then run into one person. But it’s only one person, so Jack knocks him out (causing Old Man Heller to say “Jesus, Jack”) and they make their way onto the street. And from the street, a helicopter. Jack and Heller. Forever linked, until the end.

Before they leave, however, they had to see Boudreau’s snake of an assistant. The one with the hair. 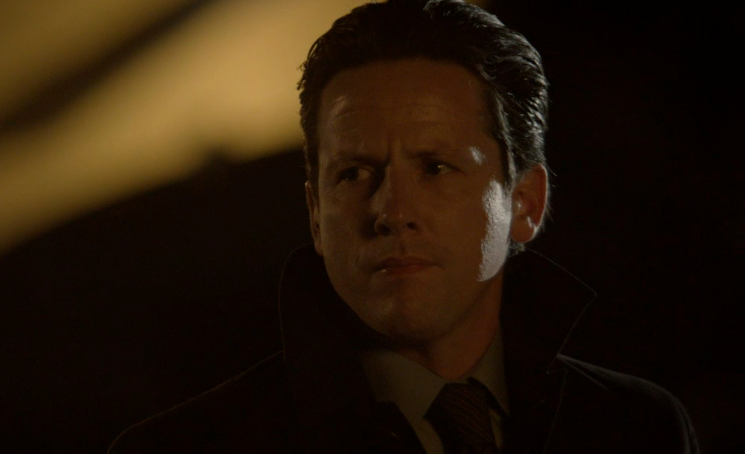 Heller told him to keep this little encounter between them, which I’m sure he’s incapable of doing. Just look at him. There’s not one untrustworthy hair out of place. Which is so untrustworthy.

While on the topic of lacking trust, look who it is: He Who Lurks in the Dark and Was Once in Law & Order. 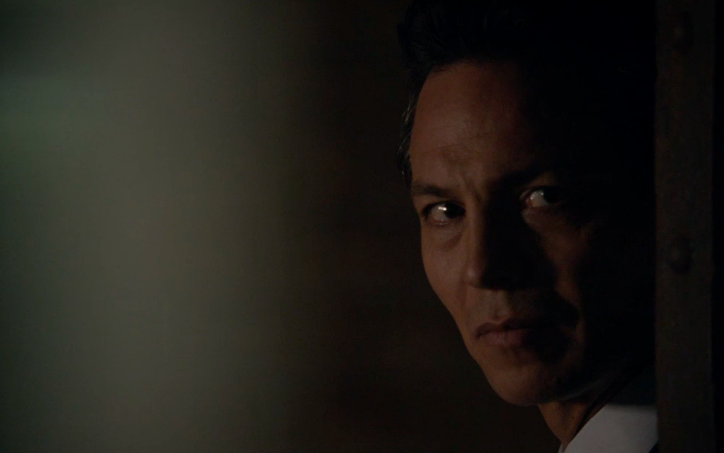 He just called his hit man, but got no answer. What he doesn’t know is that The Analyst Who Knew Too Much just killed his hit man. And was stabbed right before shooting him. And isn’t doing too hot. Before getting stabbed, however, The Analyst Who Knew Too Much said he knew Benny Bratts sent the hit man to kill him. So if I had to guess, he’s going to get one call/text/Facebook note out saying “Benny Bratts is a mole” and then promptly die.

We make another stop in the helicopter to see Heller with this odd, Randy Quaid–in-ID4-like calm on his face, as if he’s completely accepted his deadly fate. Will he say “Hello Margot, I’m BAAAAAAAACK?” We have to wait and see.

In a rare occurence of good news, Dead Naveed’s disk drive has been recovered in Margot’s former house of terror. But Margot and her ever-dwindling family band have relocated, to what looks like a strip mall bed and Chinese restaurant breakfast. Her Wentzian son still wants to use all the drones, but Margot still wants to take Heller’s word. Terror Margot, on honesty:

Let the world see that justice was done. And that even a so-called terrorist can keep her word.

Following that, we get a Jack scene, a Benny Bratts scene, and then this: 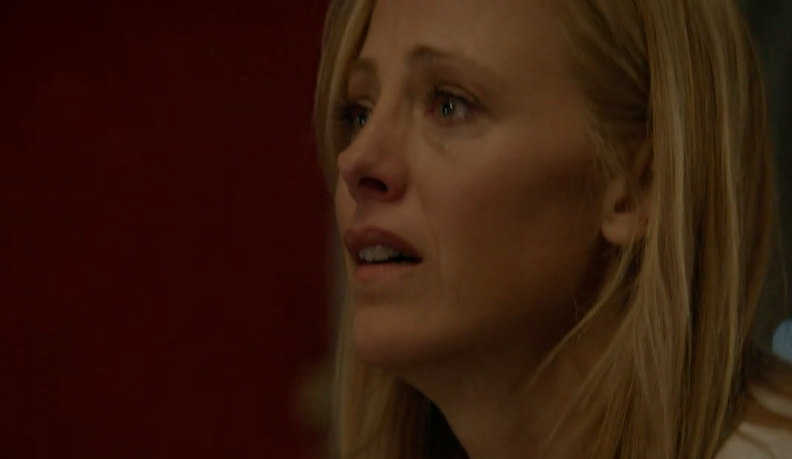 Things are worse than ever.

Boudreau discovers Audrey in her father’s office. In case you forgot, her father is the president who is about to go to his death and no one told her. That little thing.

And then it gets so incredibly awkward. Because Audrey goes “you’re not going to believe this” as if to tell her husband something he doesn’t know. 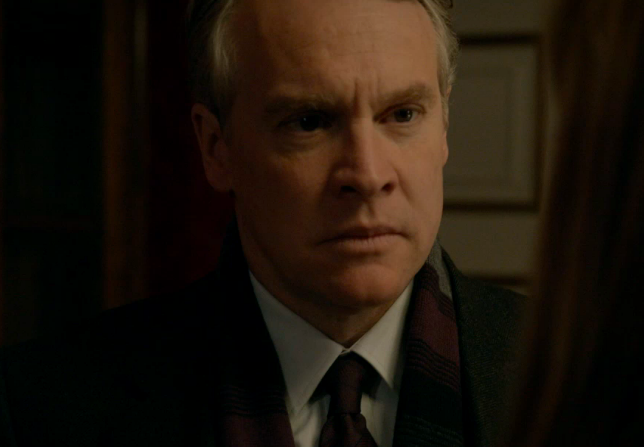 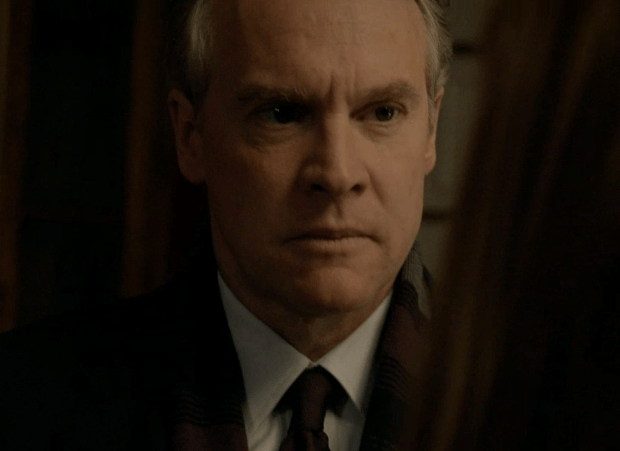 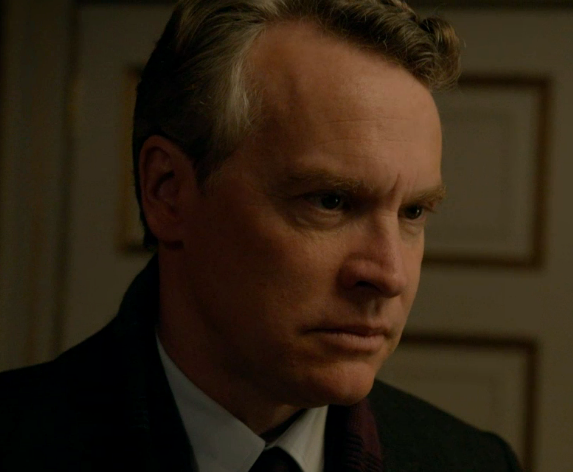 HUSBAND OF THE YEAR, THERE IS NO CLOSE SECOND.

So here’s the thing. Audrey isn’t taking this well. It’s very bad. Like, turn your head away from the screen because these fights should only happen behind closed doors (even though technically the door is closed but we can see inside because this is a television show)-bad. 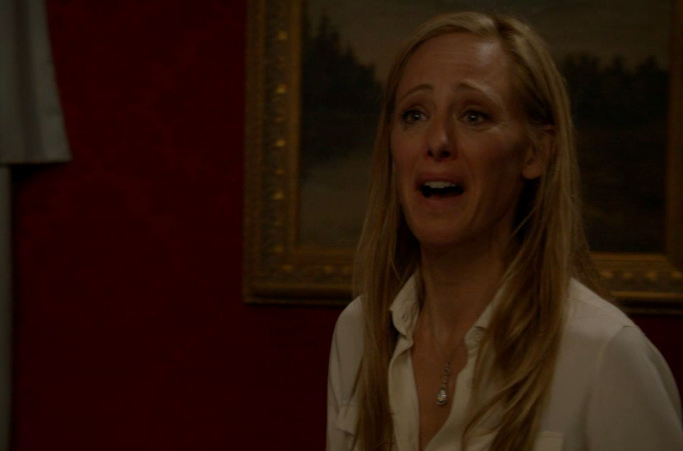 Basically, just to sum up things between Audrey and Mark: “It’s real bad.”

Leaving this marital abyss, we go to Wembley, the site of Bauer and Heller admiring the field like Sean Astin and Charles S. Dutton. 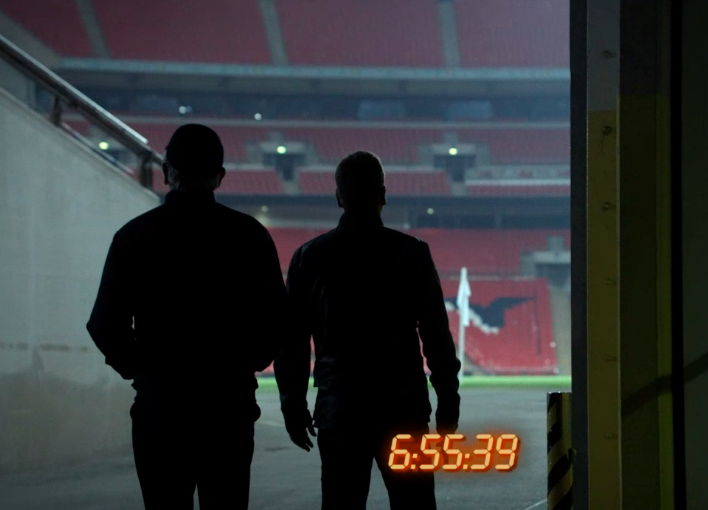 Heller tells Jack he gave him a presidential pardon. It’s a beautiful moment, fully ruined when you remember about the fake signing of the Russians thing, which I’m sure will make that pardon null and void. Jack, for the last time, tells him that it doesn’t have to end like this, and then — with phenomenal timing — Chloe calls. She says she’s making progress but needs more time. But then Heller says they’re out of time and begins walking into the stadium.

Bauer can’t run out there with him, because Heller’s supposed to be alone. So Jack just has to watch. 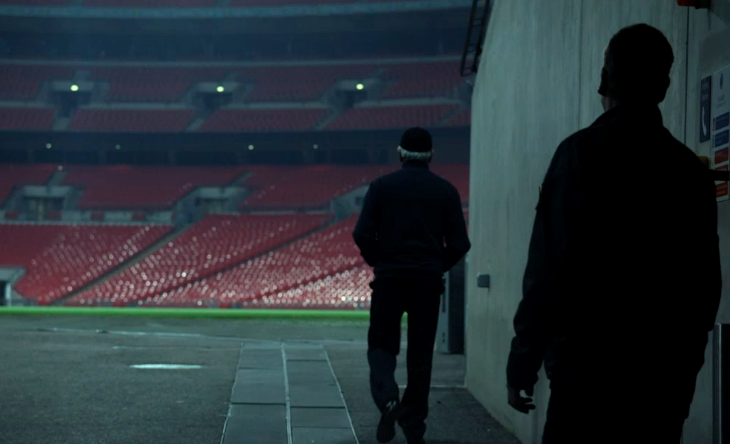 At this point, the orchestral music in the background is at a fevered pitch. And we’re now in a 24 Quad Box of stress and there are only a few minutes left.

Heller’s got his hands in his pockets, casually walking like he’s visiting his old high school. But he looks calm. And is walking tall. He knows this is it and he seems to know what he’s doing is right. 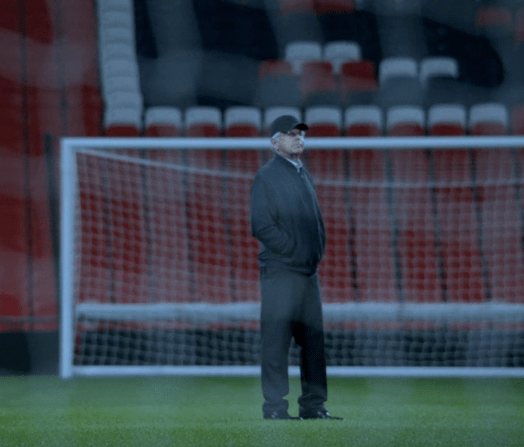 This is too much. 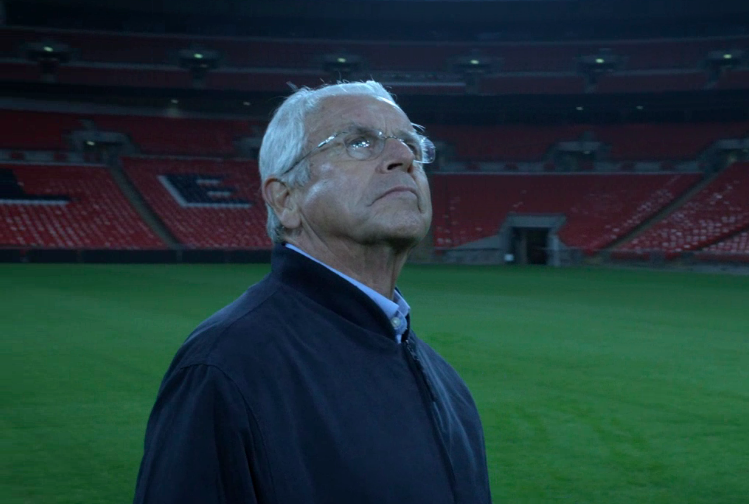 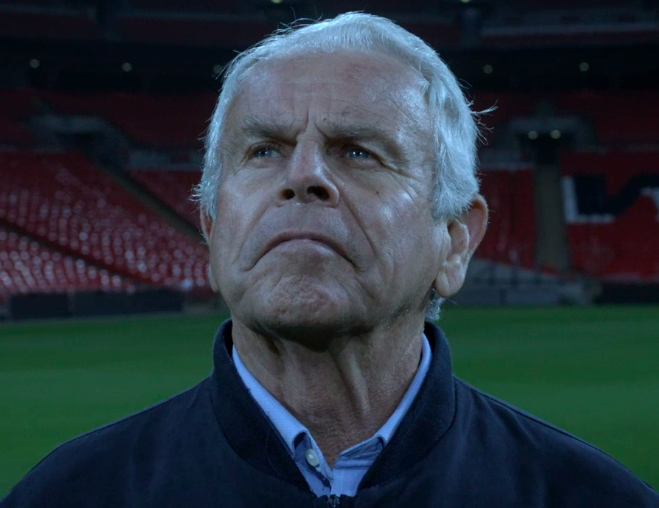 Margot, I swear, don’t you kill Heller, I swear on everything. 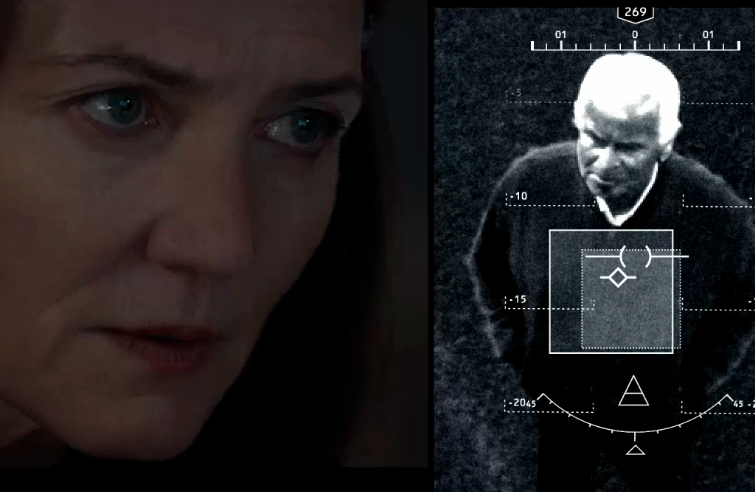 You know you don’t want to do this. You know you’re meant to be together. MARGOT, YOU COULD BE THE FIRST LADY OF THE UNITED STATES. 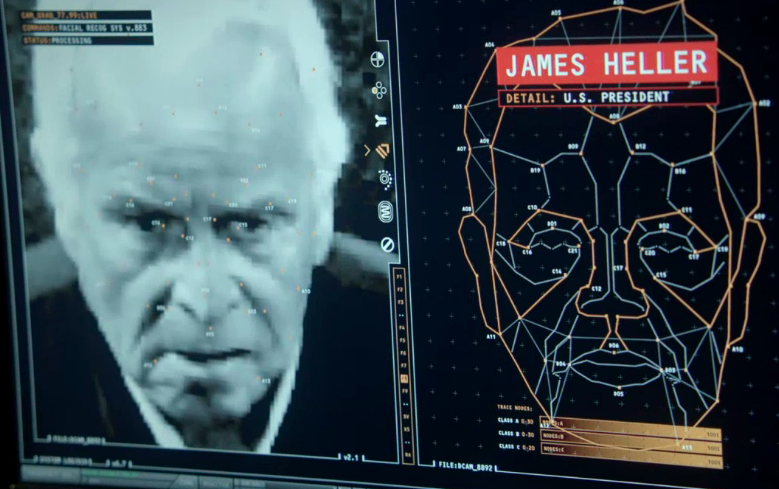 HE PARDONED JACK. HE’D PARDON YOU TOO. I PROMISE. 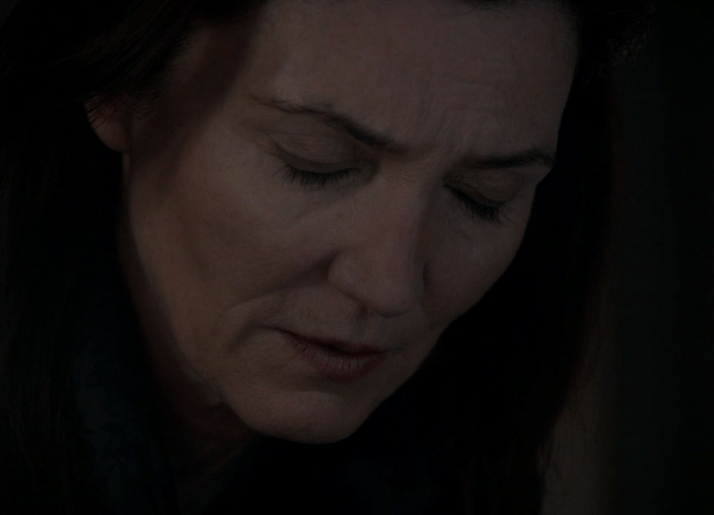 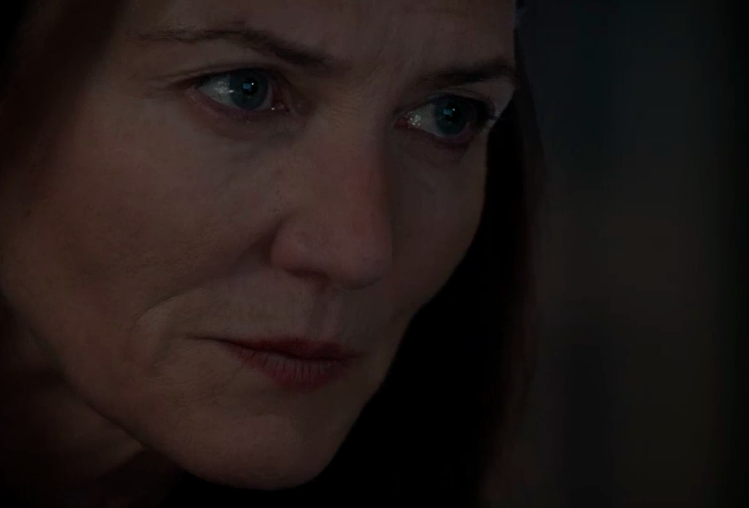 Wait, why are you smirking? NOOOOOOO. 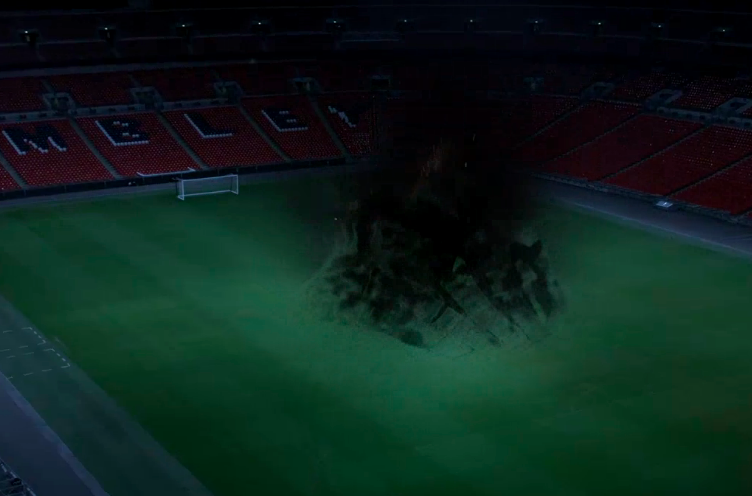 Love still isn’t real. Somehow I know he’s not dead, but this can’t bode well for that date at Nobu.

The 'Grand Theft Auto' 'I'm Not a Hipster' Update: Actually Not Very Hipster