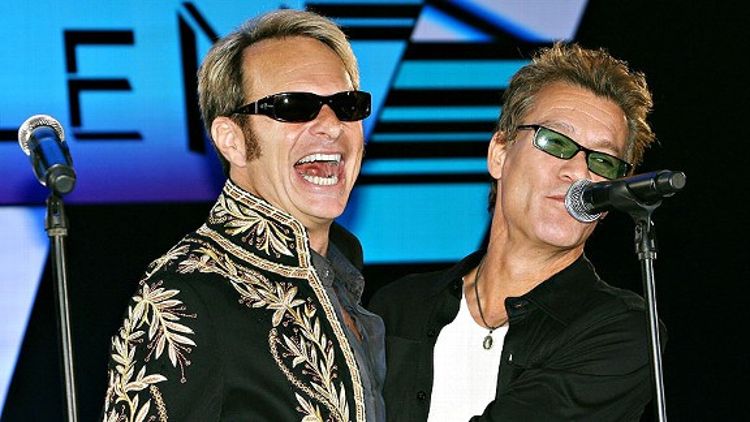 Usually, the Grammy’s comical goof-ups involve their oft-baffling nominations and awards. Now, though, hilarious Recording Academy President/CEO Neil Portnow has hit upon a bold new initiative to make people not take his organization seriously. It’s called “announce that you’ll be announcing the reunion of an ‘iconic band’ during the Grammys telecast, and then never actually announce anything.” Good one, right?

The details, via ArtsBeat: during its nomination concert show, the Grammys were supposed to reveal the name of a reuniting band. Before the nomination concert, they tweeted: “Who do u predict the reuniting band will be @ #GRAMMYnoms? Does this hint make u wanna “Jump” & “Dance the Night Away”?” As the masses figured out out, “Jump” and “Dance the Night Away” are Van Halen songs, and so it was assumed that ex-frontman David Lee Roth and his old crew were the group. (It’s been a whopping three years since they last attempted this!) And then the actual nomination concert took place … and no reunion was announced. So, WTF? Which brings us to last night, when our boy Portnow took to Facebook to explain. Here goes:

“We were sincere in our intention of announcing an iconic band reunion on ‘The GRAMMY Nominations Concert Live!!’ But in the world of creativity everything is fluid, so the time frame has moved. Although there was an expectation that we would prepare to join the artist in disclosing this exciting news, the artist was not quite ready and any announcement would have been premature. Out of respect to the artist and in compliance with their wishes, we adjusted the program accordingly as is sometimes the case with live television. We are all hopeful for and looking forward to another great GRAMMY moment on the GRAMMY stage come February, and all will be revealed if and when appropriate.”

The “world of creativity”! That sounds like a magical place, one I’d very much like to visit one day. For now, though, I’m stuck here on earth with angry Facebook commenters. (“Idiots. Another back handed ploy to drive web traffic to their FB account”, “What was the point in posting?”) Also: “hopeful” for a “great GRAMMY moment”? We already got one! This iconic-band reunion fake-out was much more entertaining — and much more in line with what we’ve come to expect and cherish from the Recording Academy — than any half-hearted Van Halen reunion could ever be. Neil: you did it again, boss!

Filed Under: The Grammys, Van Halen

See all The Grammys

The Cabin in the Woods Trailer: Always Take Advice From a Creepy Old Man