The Firm 20 Years Later: What Ever Happened to Hollywood’s Obsession With Legal Thrillers? 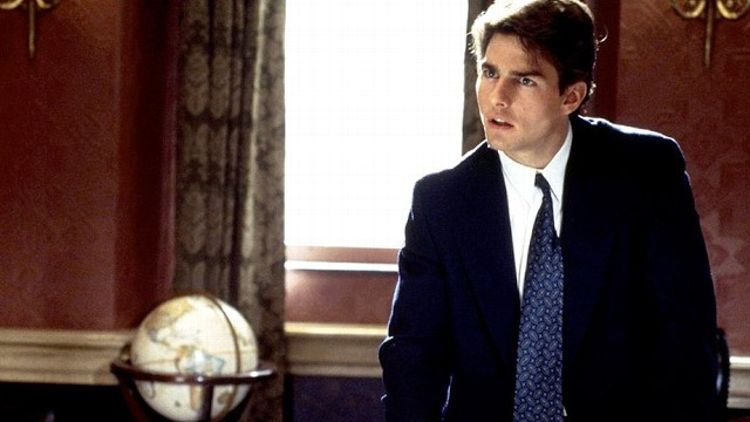 Twenty years ago this week, a movie called The Firm was released. It starred the biggest movie star on the planet, Tom Cruise; was directed by a celebrated industry veteran, Sydney Pollack; and went on to gross more than $158 million in America, the fourth-highest total of 1993. Less than six months later, a movie called The Pelican Brief, adapted from a novel by the same author as The Firm — the former Mississippi criminal attorney turned yarn-spinner John Grisham — went on to earn $100 million. It was also directed by a respected veteran of ’70s cinema, Alan J. Pakula. These movies won no major awards and were only mildly regarded critically. But they made bundles of money and left an unlikely imprint on the town. Along with a few important forebears, notably 1990’s Presumed Innocent, their success ramped up a persistent trend in Hollywood: the rise of the legal thriller. Today, that subgenre has almost completely disappeared from the movies.

The Firm is an unusual blockbuster — well-crafted but schlocky; preposterous but occasionally gripping; ruthlessly plotted and featuring a cast with seven (!) Academy Award nominees, including Gary Busey. It feels quintessentially ’90s in that it is hopelessly dated while still eminently watchable for an audience of a certain age. It is also the ultimate movie-star vehicle, weaving chances at shiny promise, paranoid frustration, and heroic case-cracking for its lead in a neat 150 minutes. Cruise’s Mitch McDeere (note the alliterative name, a trick Grisham would use again) is a whip-smart Harvard law graduate lured by the seductive and secretive Memphis firm Bendini, Lambert & Locke. In short order, BL&L moves McDeere and his wife out of Boston, gifts them a new home and car, thrusts him into the inner workings of the firm, and then slowly reveals the seedy underbelly of its business. The FBI soon approaches McDeere about turning state’s evidence against his new employers, leveraging his conveniently imprisoned brother (David Strathairn, amazing as always but also against type). At one point in the film, Saw’s Tobin Bell shows up to shoot Busey’s private detective just before his secretary, played by Holly Hunter, blows him under a desk. What a movie.

The Firm arrived just seven months after A Few Good Men, the movie that affirmed Cruise as an adult movie star, no longer the wide-grinned wunderkind heartthrob. But A Few Good Men isn’t quite a legal thriller. It concerns legality and it thrills. But it’s really just a courtroom drama, a procedural story that maps a conviction or acquittal, or perhaps unravels a civil case that awards millions to a victimized group of people. Courtroom dramas are as old as Mickey Rooney and they’re still being made today. Inherit the Wind has been adapted four times; 12 Angry Men at least three. The Verdict lives forever; Witness for the Prosecution is unimpeachable. These movies are timeless, lauded, and limiting. But legal thrillers, and their legacy, have vanished.

Grisham’s novels were among the most read of the decade, classic dad beach fare, and the adaptations poured in at a rate of about one a year in the late ’90s. Some were more successful than others, routinely attracting august filmmakers seeking a paycheck (as Francis Ford Coppola did with ’97’s The Rainmaker and Robert Altman with ’98’s The Gingerbread Man). Joel Schumacher, one of the strangest and sometimes worst big-deal directors of the 20th century, made two of his most casually satisfying movies from Grisham works, ’94’s The Client starring Susan Sarandon and the late Brad Renfro, and shortly after Batman Forever, the histrionic but rousing A Time to Kill in 1996. None of these are great films, nor are the adaptations or knockoffs of the era. Of the lot, The Firm is probably the best pure entertainment. But they all feature enduring hallmarks: a dogged if flawed litigator trying to make right a terrible wrongdoing; a beleaguered spouse or partner sticking by said litigator; an exciting chase scene or explosion; a goofball sidekick always crackin’ wise; and the chance for one big speech.

These movies eventually began to fade from relevance because they began to fade from profitability. Those Altman and Coppola films, despite their financial motivations, were notorious bombs. But in their wake, Grisham’s movies set off a chain reaction of memorable half brothers and sisters, like the knotty Primal Fear, the slick and violent Just Cause, and the speechifying Julia Roberts adulation factory Erin Brockovich. These movies are all about the case. Sometimes they occur in the courtroom, more often not. But the driving mechanism of the story and its thrills take place beyond it, in alleys or a deserted beach or a prison or on the run. They’re of the law, but not bound by it. 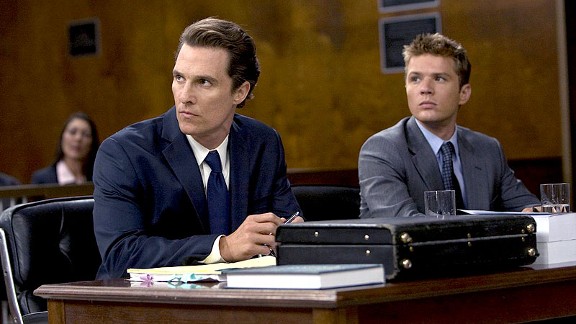 Much has been made in recent years of the loss of the mid-tier adult drama, a category that the 30-to-49-year-old demographic once came out for in relative droves, to see their (beautiful) peers endure pain and loss in the face of love. For all the hand-wringing in Hollywood lamenting the loss of, say, a contemporary Terms of Endearment at the hands of Iron Man 3, the genres that have truly been shed are the legal thriller and its cousins, the erotic thriller (save the occasional Steven Soderbergh or Danny Boyle homage) and the rarely executed comic thriller. (The political thriller has been granted a reprieve in this post-Argo world.)

That may be a mistake. Two of the sharpest and unfussiest movies of the past five years have roots in the Grisham-ian. The higher-browed of the two, Tony Gilroy’s great 2007 barn burner Michael Clayton, weaves the conspiracy and big-bad boss plot of The Firm with subtly inventive storytelling and an ace movie-star performance from George Clooney; the cheaper, dirtier, less consequential, and maybe more satisfying is 2011’s The Lincoln Lawyer, which also boasts movie-star charisma delivery via that ol’ legal eagle Matthew McConaughey. (This is the film that essentially kick-started his renaissance, by the way, and for that alone it should be celebrated.) The former film is an original script from one of Hollywood’s smartest screenwriters; the latter is an adaptation of one of Michael Connelly’s long-running Mickey Haller novels. Both films made money on their modest budgets. Both were crowd-pleasers. Both afforded expansive opportunities for their respective directors — Gilroy went on to the maligned but fascinating Duplicity before reclaiming his Bourne mantle, while Lincoln’s Brad Furman follows up with this fall’s Runner Runner, starring Ben Affleck and Justin Timberlake. Hey now, more movie stars.

Fewer big-studio films are in production than have been in decades. It’s never been harder to get the somewhat expensive movies in the middle ground made without fantastical source material. This week, the New York Times reported that the number of employed screenwriters in Hollywood has dropped for a third consecutive year. The superhero economy has boxed out opportunities, to be sure. TV writing gigs, coincidentally, are up. That’s also where you’ll find all the legal thrillers. ABC’s breakout Scandal? Legal thriller. Homeland? Kind of a legal thriller. Castle? Believe it. The Good Wife? You get the picture. Though, harking back to Grisham is likely not the answer. (See: last year’s drab The Firm TV reboot.) Hollywood has long exploited the inefficiencies of storytelling, seizing on the hidden popularities of its stories. There’s room for a revival. Go make some more movie stars, and let them speechify.