The Dark Fantasy — and Reality — of Lana Del Rey’s ‘Ultraviolence’ 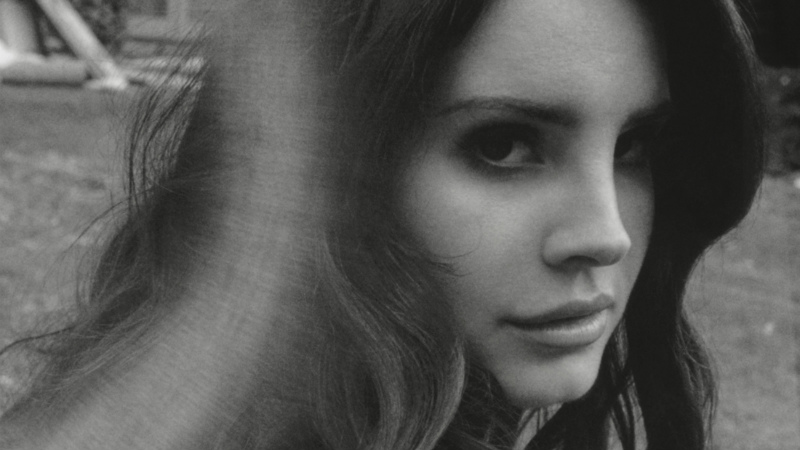 Sometimes feeling bad feels good. Lana Del Rey’s second studio album, Ultraviolence, luxuriates in sadness, alchemizing the depths of despair into beautiful songs. With Ultraviolence, Lana is determined to prove that she is a legitimate musician rather than a mere pop star, and that as a songwriter she has more in common with Dr. John than Dr. Luke. Anyone who has listened to the scores of unreleased songs and demos Lana has recorded knows that she indisputably does have songwriting chops. The album’s 14 tracks (11, plus three bonus songs for the deluxe edition) are recorded in lush lo-fi with producer Dan Auerbach from the Black Keys. It feels like it was recorded in Megan Draper’s Laurel Canyon love shack. Ultraviolence takes the focus off production in favor of highlighting her vocal stylings, hitting a couple of ethereal high notes and employing the interesting phrasing for which she is known. She wants credibility in the rock world, which she realizes a lot of critics take more seriously than the pop world.

Lana’s biggest mainstream hit to date is Cedric Gervais’s EDM remix of “Summertime Sadness.” So, naturally, for her follow-up she went in the opposite direction, slowing the BPM way down (and upsetting her label). The album is less hip-hop-inflected than Born to Die, informed instead by psychedelic rock, early jazz, and rockabilly. With her constant Americana references, dark themes, interconnected narratives, and repeated phrases, she’s like the Stephen King of catchy songs, bridging the gap between high and low culture. Amid the psych-rock reverb, wah-wahs, and Moogs is the sound of a real voice, with ragged edges and quirks and flaws, as far from the Auto-Tuned pastures of radio as possible. Anyone hoping for the more poppy and upbeat side of Lana may be disappointed, but listeners who fell in love with the woozy, melancholy Lana of “Video Games” and “Blue Jeans” will be thrilled.

The song and album title are presumably in reference to A Clockwork Orange, which came out just as the dark and cynical ’70s were getting under way. Lana’s vintage aesthetic goes all the way to the core — Ultraviolence is a throwback in that it is very consciously not a singles album, but an album-album, taking advantage of the huge success of Born to Die to indulge in making exactly the record she wanted to make. Despite all that success, Lana is still desperately unhappy, at least according to her music. Maybe getting the fame and money she had thought she wanted only made it worse. Lana’s persistent retro fixation seems to stem from being so miserable in the here and now. It’s easy to imagine a different, better, more glamorous life, say in ’80s Miami, or ’60s New York, or ’70s Los Angeles.

The album opener, “Cruel World,” has a Quaalude quality filtered through a hazy Roy Orbison influence, and that druggy tone permeates the rest of Ultraviolence. She name-checks amphetamines, heroin, and chants “yayo, yayo” in the chorus of one song. Alternately she sings about feeling numb to the world and what happens in the absence of that numbness — a rush of feelings that overwhelms everything. She sings about feeling disconnected from men, from herself. 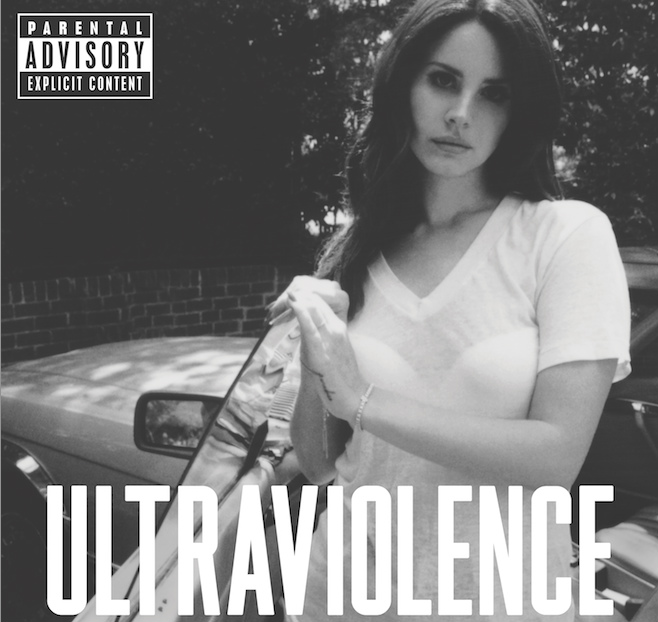 The album art eschews the put-on ’60s glamour of Born to Die for a more stripped-down, all-American jeans-and-white-tee combo. The image of Lana exiting a luxury car and staring into the camera is unsettling, like the last photo ever taken of someone before they mysteriously disappear. “Who is Lana Del Rey?” — which has echoes of “Who killed Laura Palmer?” — is the question that echoes through her work.” The Lana Del Rey persona contains a plethora of micro-personae: a poor little rich girl who has everything but happiness, a girl from the wrong side of the tracks who leverages her sex appeal into upper-class success, a naive minx, a jaded femme fatale. The Lana character of Ultraviolence suspects that sadness might be endemic to her spirit. Lana songs are like Cindy Sherman’s early film stills, depicting scenes in the lives of mysterious female protagonists. Though most of her songs are stories, the narrative is often oblique. There’s a loose line that runs through Ultraviolence involving drugs, fame, booze, and infidelity. The story is ostensibly that of a love affair gone bad, although it might be about several love affairs gone bad.

“Brooklyn Baby” has the highest potential for embarrassment, with lyrics that are reminiscent of every alienated American teenager’s dream of New York. But as with a lot of things Lana, somehow she breaks on through to the other side with her references to “beat poetry” and a “boyfriend who plays guitar while I sing Lou Reed.” Is Lana a moldy fig? When she got to the line “Yeah, and my jazz collection’s rare” I cringed at first, and then I settled into that cringe, realizing I was uncomfortable hearing Lana bragging about her collection of rare jazz records because Lana and I are both the kind of girl who would brag about her knowledge of rare jazz records. After the fuss earlier this year over “My Husband’s Stupid Record Collection,” hearing a woman brag about her vinyl feels, for lack of a better word, cool. Elsewhere on the album, she covers Nina Simone’s “The Other Woman,” once again proving her jazz cred. In the end, “Brooklyn Baby” is a satire that’s also full of truth, like Randy Newman’s “I Love L.A.” Bedford Avenue? We love it!

Lana’s real-life boyfriend, the Scottish rock musician Barrie-James O’Neill, cowrote the song with her, and joins her to sing the line “Yeah, my boyfriend’s pretty cool, but he’s not as cool as me,” which, as she told The Fader, was an ad-libbed take that they decided to keep in. For all of Lana’s daddy-complex lyrics, this interaction seems more telling of the real person Elizabeth Grant might be — not that it makes the sad songs about waiting for a man who rarely calls sound any less real. Maybe she knows her fans won’t be disappointed when it turns out that she’s secretly in a loving relationship based on mutual respect.

But her songs have always been a mixture of pure fantasy and purported fact. The album’s lightest song, bonus track “Florida Kilos,” entertains a fantasy about becoming the new Griselda Blanco in Miami, with her lover by her side. “Ultraviolence” itself, perhaps my favorite song on the album, is a hypnotic ode to destructive love that might be about Jonestown, or culty Alcoholics Anonymous spinoff the Atlantic Group. She sings about Bel-Air, but she lives in Koreatown. She gives interviews in which she says, “I wish I was dead already,” claims she doesn’t understand why people find her music controversial, and repeatedly denounces feminism. It’s all vaguely reminiscent of Bob Dylan fucking with the press in Don’t Look Back.

Ultraviolence is the perfect soundtrack for a strip club in hell. Every song feels like a lap dance from a succubus. “This is my show,” she sings in the chorus of “Fucked My Way Up to the Top,” and throughout listening to the album I saw visions of Nomi Malone in Showgirls. Lana’s girls are trying to conquer the world with their bodies and hearts, but both often end up bruised. But just because she’s up on stage doesn’t mean Lana has to please the audience on their terms. If she wants to make an album inspired by the Velvet Underground that alienates fair-weather fans in favor of the more hardcore flock willing to follow her wherever her “strange weather” takes her, she can. This is her show.

‘Game of Thrones’ Season 4 Finale Precap: Let’s Do It for ‘The Children’