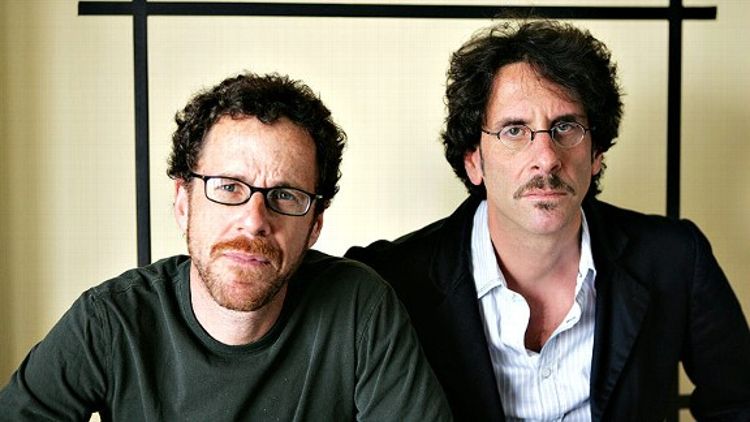 Joel and Ethan Coen are teaming up with Cedar Rapids‘ writer Phil Johnson on their first TV project. It’s called Harve Karbo, it’s an hour-long single-camera comedy about a private detective in L.A. who frequently encounters big Hollywood names while on the job, and it’s got a script plus penalty commitment from Fox. The Coen Brother’s famed dark humor and subtle sensibilities are going to fit in great with American Dad. Grade: A [HR]

Olivia Wilde has nabbed a role in Ron Howard‘s Rush, starring Daniel Bruhl and Chris Hemsworth as real-life Formula One rivals Niki Lauda and James Hunt. Wilde will play the supermodel Suzy Miller, who married Hunt before falling in love with, and eventually leaving her husband for, Richard Burton. Howard hopes to get Russell Crowe for Burton. Negotiations on that end are rumored to be stalled because Crowe is demanding his character, highly incongruously, also get to drive a “sweet-ass race car.” Grade: B+ [Deadline]

Steve Martin and Alec Baldwin are in the early stages of developing a comedy along with Adam Shankman, who produced their 2010 Oscar hosting gig. The idea for the film is described as Trading Places meets Grumpy Old Men. If they sprinkle a bit of Out to Sea on that puppy as well, it can’t lose. Grade: A- [Deadline]

Werner Herzog has been cast as the villain in Tom Cruise‘s upcoming thriller One Shot. He plays The Zec, the former prisoner of war who orchestrates, and is the head of a conspiracy, that Cruise’s character is investigating. This is already perfect casting, of course, but if they let Werner do an ominous voiceover or too, well, all the better. Grade: A [Variety]

Billy Crudup is in talks for Neighborhood Watch, starring Ben Stiller and Vince Vaughn as the leaders of a titular watch group who accidentally discover an alien invasion. Crudup would be playing a weird and creepy neighbor. Now, is this an appropriate fate for Russell freakin’ Hammond? Grade: C+ [HR]

Jon Favreau is in talks with CBS about a show called Tweaked. The director/some-time actor wrote and would executive produce the series, which is about single parents in Santa Monica. Sounds not necessarily like the worst thing ever, but if Favreau really wants to do TV, can’t he just bring back Dinner For Five? Grade: B [Deadline]

Lady Gaga is getting a Lifetime movie already! It’s called Fame Monster: The Lady Gaga Story, it’ll be written by Casino Jack‘s Norman Snider, and it actually has source material, in the form of Maureen Callahan’s 2010 book Poker Face: The Rise And Rise Of Lady Gaga. Of all Gaga’s many accomplishments so far, this will certainly be the one her elderly, sedentary aunts will be most proud of. Grade: D [Deadline]