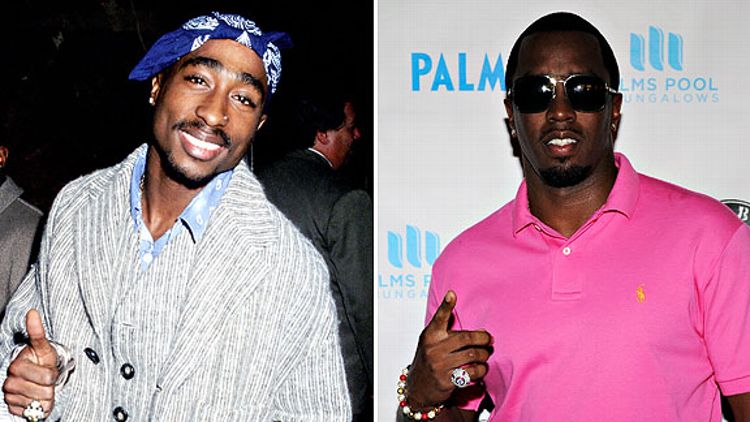 The sprawling, endless investigations of the murders of Biggie Smalls and Tupac have now seen one more twist. According to Murder Rap, a new book by ex-LAPD detective Greg Kading, it was Sean Combs who hired a hitman to kill Tupac, presumably as an extension of the East Coast-West Coast beef. In this scenario Biggie was killed in direct retaliation to Tupac’s murder by a hitman hired by Suge Knight. L.A. Weekly reached Combs for comment, and he replied, “This story is pure fiction and completely ridiculous.” Knight did not respond. So, how believable does this sound?

Combs has been rumored on-and-off to have been behind both Tupac’s death and his 1994 shooting in a New York recording studio. But those allegations were seemingly debunked when, in 2008, the L.A. Times had to retract a story tying Combs to the ’94 attack. In the scenario Kading, who worked the Biggie case, is presenting, Combs hired a man named Keffe D and his nephew Orlando “Baby Lane” Anderson a million dollars to kill Tupac. Keffe D confessed to the murder in 2008 directly to Kading. The problem is, he was facing 25 years to life for running a nationwide PCP ring and presumably telling cops what they wanted to hear was in his best interest. As the L.A. Weekly presents it, the case against Suge is more solid. Kading’s source there is an unnamed woman who was romantically and professionally involved with Knight. She claims Knight gave her $13,000 to pay a man named Wardell “Poochie” Fouse for a revenge hit.

And from there it gets more complicated. Kading was pulled off the Biggie case, and was lambasted in the media as a rogue cop for inconsistencies in a totally unrelated prosecution known as the Torres–Numero Uno case. Kading was eventually cleared, but ended up leaving the police force voluntarily. Meanwhile, the task force investigating the Biggie case was dismantled. Kading claims the LAPD was not truly invested in following through on the complicated prosecution, and pulled up short; Kading’s old boss Kevin McClure says the investigation simply stalled, and there was no way to corroborate the confessions of Keffe D and Knight’s accomplice. Here is where Kading echoes the allegations of a fellow ex-cop involved in the Biggie investigation, Russell Poole, by blaming LAPD incompetence. Poole, for his part, says the case stalled out because of a cover-up. Certain LAPD officers, most notably David Mack, have long been rumored to be tied to Biggie’s death.

And here’s where it gets even more complicated. Voletta Wallace, Biggie’s mother, had suspended her civil lawsuit against the LAPD last year when a police rep indicated the criminal investigation was moving along. This had the potential to be a massive lawsuit, estimated at a $500 million payout as a compensation for Biggie’s lost earning potential. Basically, it was more than enough motivation for the LAPD to get off their asses and actually solve the damn case. But if, as Kading asserts, leads were dropped unceremoniously, it looks like the investigation isn’t going anywhere. Is it possible that the LAPD bluffed Wallace? As in, now that the lawsuit has been suspended, they can go back to doing nothing?

And lastly — could Combs really have had Tupac killed? The most convincing reporting into the case so far had come from Randall Sullivan in Rolling Stone in 2005, and he claimed Suge had Tupac killed rather than let him leave Death Row. Combs so far has skated past any firm involvement, and this latest round of allegations probably won’t do much to damage his reputation. Meanwhile, Voletta Wallace’s lawyer Perry Sanders calls Kading’s allegations a “a total gloss-over of police involvement.”

In summation, please continue to not expect anything conclusive any time soon.