The Best of Times, the ‘Worst’ of Times: The Funniest Comedy on TV Returns 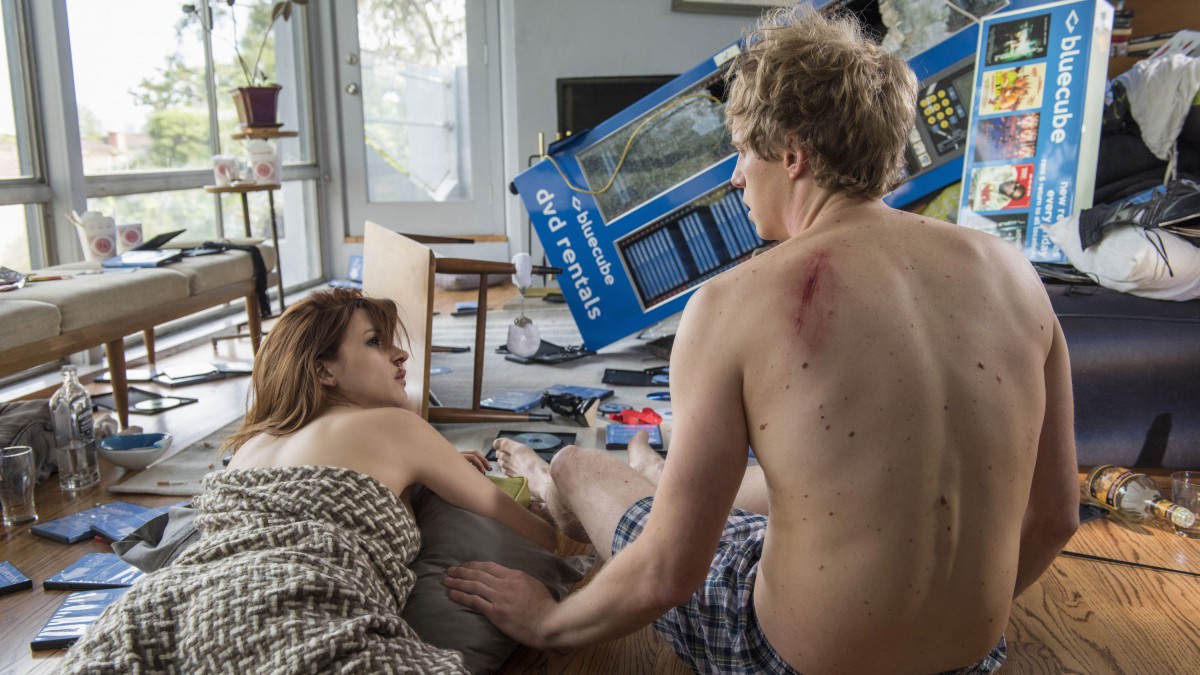 On TV, dramas get all the awards and attention. But if we’re being honest, it’s comedies that get our love.

Think about it. In 2015, we ask a lot of dramas. They need to be good, yes, but they also need to have a certain weight — in both idea and tone — to cut through the static and clutter that has come to define this era of peak TV. It’s no longer enough simply to entertain. Dramas need to engage, inspire, and consume us — preferably in great numbers and in real time. When I raved about Mr. Robot last week, it was as much about the experience of watching the show as it was about the show itself. The USA drama has become a sensation largely due to its Breaking Bad–like ability to ignite its audience into one collective bonfire: millions of people, watching together, looking for clues and chattering about answers.

Comedies, by contrast, are more intimate affairs. This is largely because humor tends to be subjective in a way that, say, suspense never is.1 But it’s also because of the highly personal way we consume comedies. If dramas are for Sunday nights together, comedies are for quiet weeknights alone. They’re for drunk Saturdays and hangover mornings. Comedies are what we turn to when real life gets too dramatic or TV dramas get too real. They don’t judge us for laughing at the shame-eating on the screen. Nor do they judge us for the shameful things we just did to that bag of Doritos on the couch. These days, many dramas require work in order to get into them. But the best comedies? They just get us.

And You’re the Worst just gets me most of all. The FXX comedy,2 which returned for a second season last night, was my no. 2 show of 2014. But that list, which I stand behind, was written mostly with my brain. If my heart were in charge, You’re the Worst would have been no. 1 — riding a unicorn, swigging from an overflowing goblet of Trash Juice. It’s the sort of series I want to treasure as much as champion. I’m happy to stay up late arguing with anyone about the bold artistry of The Americans or Top of the Lake. But it’s You’re the Worst that I want to tuck me in at night.

Let me try to articulate this strange attraction. You’re the Worst isn’t just drunker, sassier, and funnier than most sitcoms on the air. It takes decades of small-screen orthodoxy and slaps it, gleefully, upside its snooty, puritanical head. In any other show, boozy, brittle characters like Gretchen Cutler (Aya Cash) and Jimmy Shive-Overly (Chris Geere) would be relegated to the supporting cast. Here, they are the stars. In the pilot,3 the two didn’t meet cute. They met rude: loitering and smoking outside of the wedding of people they both hated. When Gretchen (a messy music publicist) and Jimmy (an egocentric British novelist) left together — stolen blender in hand — it wasn’t to flirt. It was to fuck. The message was clear: These were the people that stars usually left hanging at the altar — or passed out in the bathroom of a local bar. Not Baxters, exactly, more like outright mistakes.

Yet somehow, the oft-acted-upon sexual friction between Gretchen and Jimmy slowly rubbed away their most unpleasant scabs, revealing something unexpectedly sweet in the process. Sure, the duo acted abominably: They burgled cats, traded sex for drugs, and intentionally ate brunch. (The horror!) But the extremity of their behavior, the vehemence of their opinions — Daniel Craig does look like an upset baby! — didn’t make them unpalatable, it made them human, and it was a necessary antidote to the zipless quirkmonsters and flirtbots that were jamming up the broadcast airwaves. 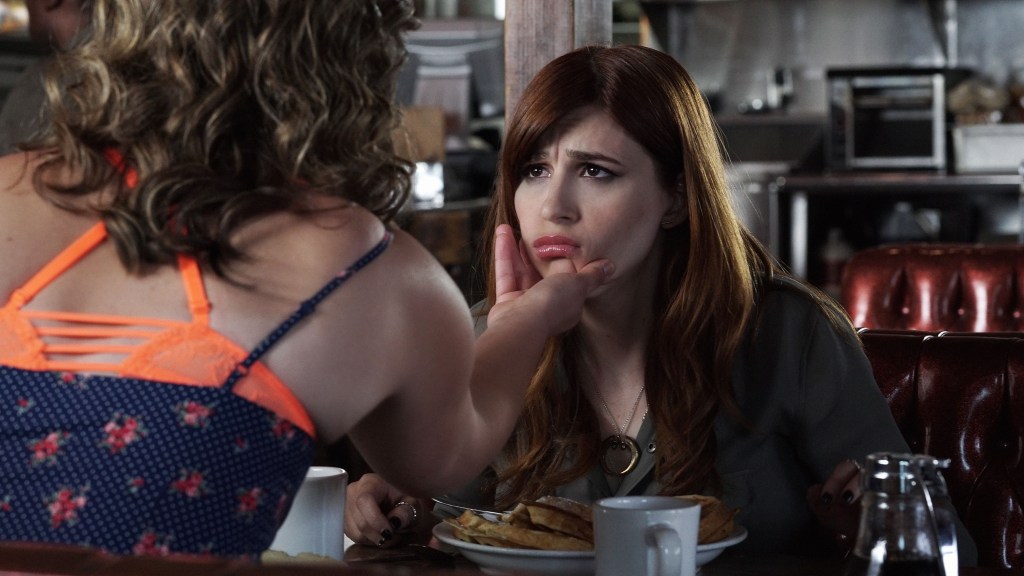 As Gretchen, Cash was never anything less than extraordinary: a book-smart, relationship-dumb professional able to apply sarcasm as casually as lipstick. And as Jimmy, Geere was every bit her equal: He’s a sensitive toff playing dress-up as a twat. Together, they were a Molotov cocktail of charm. Still, You’re the Worst’s greatest trick may have been the way creator Stephen Falk used his characters to slyly reject the frumpy Pygmalion reboot that exists just below the surface of nearly every modern romance. In Falk’s world, as in ours, rough edges don’t always need to be sanded down, square pegs don’t always have to be slotted into well-meaning round holes. Sometimes all a square peg really requires is another square peg to bang against, maybe laugh at its jokes, and occasionally agree to do “butt stuff” on a weeknight. It’s not rocket science or social engineering. It’s just sex and love.

At the end of last season, Gretchen and Jimmy finally succumbed to the inevitable and moved in together — although, to be fair, Gretchen accidentally burning down her apartment by plugging her vibrator into some offseason Christmas lights contributed to the decision. “The Sweater People,” Wednesday’s bawdy premiere, dealt directly with the fallout of that choice as the two, so petrified of becoming boring, nearly kill themselves with a week of joyless excess: predawn margaritas, trays of cocaine, capsules of European horse tranquilizers. They steal a video kiosk. They carjack the Google Car. Her BFF’s post-separation (but pre–breakfast lasagna) admonition of “keep it awesome for as long as you can,” cuts Gretchen — with her fear of commitment bumping up against her fear of salads — to the core.

It must have a special, anxiety-inducing resonance for Falk as well. You’re the Worst’s ratings were never particularly good, but the critical adoration of the show has only grown during the long hiatus. For a guy previously best known among laypeople for a show that got canceled before it even got on the air — well, that and his insightful reaction to said cancellation — living up to those sky-high expectations can be a killer.

But Gretchen and Jimmy’s worries about the flickering spark of their relationship also speak to the trap of long-form romantic stories. Now that the two lovebirds are safely nesting, what will fuel the story engine for the rest of this season, not to mention the next? Or, to put it in terms the protagonists might appreciate, how can the nonstop fun be maintained when the narrative cocaine has run out and the tumblers of brown liquor have given way to mugs of warm tea?

Though the two episodes provided to critics — last night’s premiere and next week’s wing-sauce-stained “Crevasses” — aren’t quite up to the level of previous high-water marks “Equally Dead Inside” and “Constant Horror and Bone-Deep Dissatisfaction,” I’m not overly concerned. The pleasure of Season 1 was the way it built its momentum gradually, allowing an episode like “Constant Horror” — which brilliantly unstuck itself from time to tell the smaller stories lost in the pilot’s shadow — to resonate with both jokes and pathos. (This may be a trick Falk learned on Weeds and Orange Is the New Black from his mentor, Jenji Kohan, a writer known for her unwillingness to distinguish between tears of laughter and pain.) What’s most important to remember is that even when You’re the Worst veered into drunken insanity or easy catchphrases — Sunday Funday will rise again! — Falk never once sold out his characters. Last season he went to great pains to illustrate how both Gretchen and Jimmy are entirely self-made people: She’s a refugee from starchy WASPhood, he’s an immigrant from a “scorchingly racist industrial lead-mining neighborhood.” Drinking before breakfast and not owning a toothbrush aren’t laddish affectations for these two, they’re hard-won choices. No wonder they equate giving them up with losing.

And even if this heady struggle isn’t quite as appealing as watching them spit on each other’s privates, Falk has done such a fine job crafting the world around Gretchen and Jimmy that their primacy is not always necessary. I’m not sure I totally buy the nudge toward coupledom for Desmin Borges’s frazzled Iraq War vet Edgar and Kether Donohue’s surface-of-a-supernova-hot mess Lindsay. But I am happy to see the two given more chances to shine. (An upcoming game of Trivial Pursuit, featuring unique pronunciations of “Chopin” and “Polish,” is a particular highlight.) And Gretchen’s clients, a trio of skateboarding, Wes Anderson–loving, Odd Future–aping rappers — led by scene grand larcenist Brandon Mychal Smith — improve everything they touch. With their paisley pants and fluid sexuality, they also represent one of my favorite things about Falk’s sense of humor: He doesn’t regard the tastes and attitudes of young(er) people with criticism or revulsion. Like when Ron Burgundy found out his dog ate an entire wheel of cheese, Falk’s mostly just impressed.

He might instead be directing his bemusement at the current state of television comedy. It’s a moment when broadcast networks have more or less given up trying to improve the wheel and are instead trying to roll everything back to a safer, blander past. And, on cable, the envelope pushers have nearly run out of desk: Louie and Review are two of the best comedies on TV, but both make me cringe as often as they make me laugh. In comparison to these extremes, Falk’s patient dedication to traditional sitcom values like subtle world-building, diamond-sharp dialogue, and emotionally grounded lunacy seems almost quaint. The trick to loving You’re the Worst is to look past the boning and appreciate the sturdiness of the underlying bones. It’s why the show feels like a tonic, even when what it’s pouring burns like straight gin.