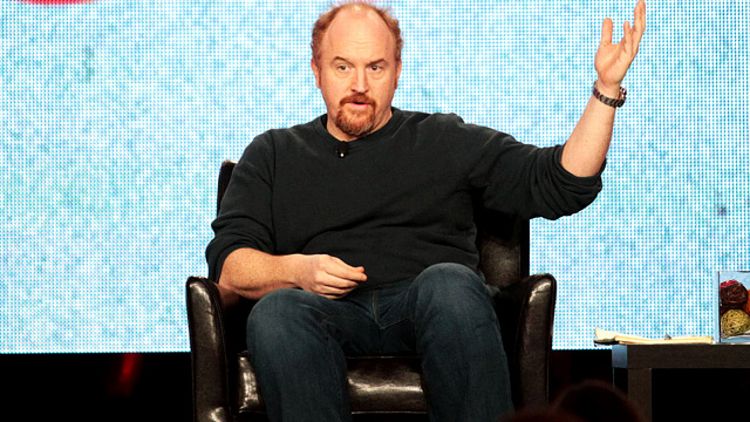 The Television Critics Association Press Tour 2012 rolled on this weekend. Presenting over the last few days were FX and CBS, and they had news on shows you like, shows you hate, and shows you probably didn’t even know existed. To the breakdown!

As could be expected after the show’s recent Emmy nomination haul and continued general adoration, Louie will get a fourth season on FX of 13 episodes. And, without getting ahead of ourselves, it sounds like the network will let Louis C.K. continue on for basically as long as he wants after that. Said FX prez John Landgraf as he was announcing the renewal, “There are not enough superlatives in the English language to bestow on Louie or the work Louis C.K. is doing. With this series, he has changed the form and is doing truly groundbreaking, landmark work that is inspiring a whole new generation of artists. Simply put, he is making one of the best shows anywhere on television.”

But before you start thinking exactly how smart and focused a guy John Landgraf is, let’s get all the facts on the table. Also facing imminent renewal? Charlie Sheen’s Anger Management. And, as per its predetermined structure, a pickup for Sheen will mean 90 additional episodes. Landgraf said, “We won’t make a decision on the [order] until all 10 episodes have aired,” but called the odds “overwhelming” that a pickup will happen. Meanwhile, Sheen kept chatting up his Warlock days: “I learned a lot. I learned [to] stick to what you know. I learned, don’t go on a one-man show to 21 cities with no act. My life’s different now that I’m not insane anymore.”

Elsewhere, there is Totally Biased With W. Kamau Bell, a new FX late-night show executive produced by Chris Rock. Rock had all kinds of nice things to say about his protégé, Bell, and also mentioned that he wouldn’t mind a Louie deal — where you write, direct, and star — for himself: “I’ve seen the Avid in [C.K.’s] living room, it’s pretty much the best deal for a guy with a show. If I ever do a show, that’s how I’d do it.” By the way, Russell Brand’s also sticking around on FX, with an additional seven episodes ordered for his late-night show Brand X. Of course, as per Brand-ian mandate, Russell did say something ridiculous to couple with the mild news. It’s unclear how the topic of Sarah Palin came up, but it did, and Brand had thoughts on the subject: “People want to fuck her, that’s why they tolerate the other stuff! … The dick don’t lie! [Turning to FX head of PR John Solberg.] John, you could have had me out of here before I said that … now I just said I’d fuck Sarah Palin!”

Over at CBS … things weren’t quite as exciting. The big news is that How I Met Your Mother is probably looking at landing a ninth (and presumably final) season; there was also chatter on the new series on the docket, from the Dennis Quaid–starring Vegas to the Will & Grace–ian Partners to — hold on to your hats, everyone — The Jeff Probst Show. The best part came when Jason O’Mara, who also stars in Vegas, lamented Fox’s cancellation of his last show, dino adventure Terra Nova: He said the network took “an awful long time to make a premature decision.” Also: “We proved that with the season finale — there was a lot more story to tell. Creatively, we probably could have made some slightly better decisions halfway through, but I think that’s par for the course for such an ambitious series … There was an audience to watch it, certainly internationally. Domestically, it didn’t quite get there. Honestly, we were on the bubble and we were a show that they should have just gone with their gut and taken another shot for another season.” Oh, Jason O’Mara, you just got uninvited to Rupert Murdoch’s Christmas party.

Meanwhile, CBS News’s Jeff Fager explained why his crew was the best in what THR called a “soliloquy about the CBS News mission of quality reporting: “The standards and values that we practice at 60 Minutes are what we’re trying to emphasize. How intense the process is at 60 Minutes, how much we care about every line, about every interview, about not taking people out of context … We weren’t always first, but we were accurate and comprehensive.” And, somewhere, Aaron Sorkin is nodding his head furiously.

Trailers of the Week: About Cherry, Life of Pi, Man of Steel, and More