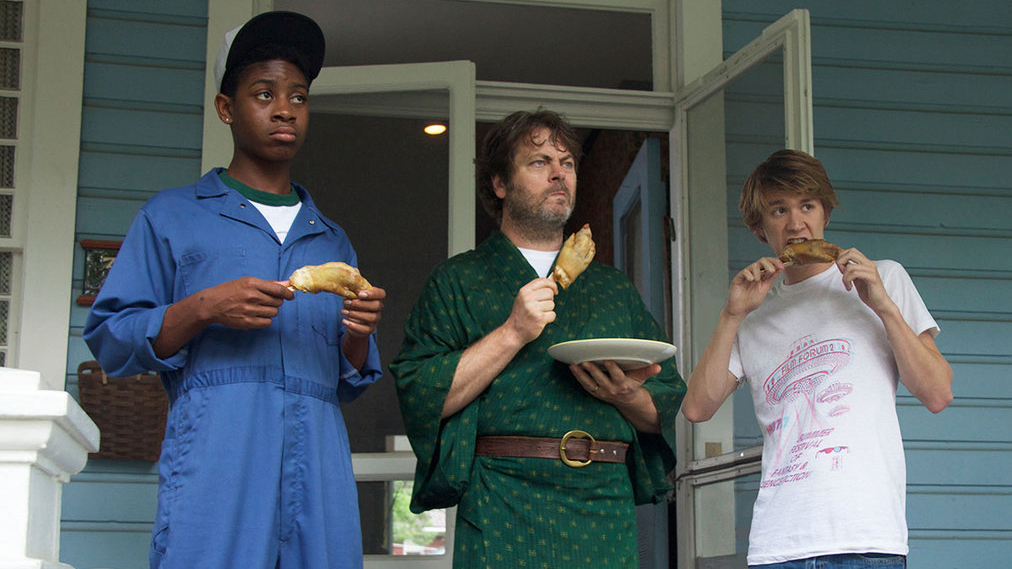 The second week of this festival is when people begin looking for what they’ve missed and figuring out what they need to avoid. We’re shaking each other down for movies, reading the trades for exorbitant acquisition deals, seeing movies again because it was just that good or what if I was wrong. Sometimes you skip movies because the timing doesn’t work. Sometimes intuition compels you to say no: That’s so Sundance. Or: too Sundance.

For instance, at dinner a couple of nights ago, I was one of the only people at the table who hadn’t seen Me & Earl & and the Dying Girl, which seemed too Sundance. It’s a tearjerker about a high school senior guilted into befriending a classmate with leukemia. But the conversation at dinner amounted to: If you don’t like this movie, you’re cancer. At its premiere Sunday, the film received a Cannes-like five-minute standing ovation. The ensuing bidding war is rumored to have culminated in a head-turning (though probably mythical) sum somewhere in the unprecedented $12 million category. Regardless, the filmmakers are reported to have turned it down in favor of a unique, less immediately lucrative, ultimately more favorable deal with Fox Searchlight.

This is all to say that by Wednesday afternoon, the clamoring for this movie was audible. A man seated behind me, who had driven halfway across Utah, looked at his stub as if it were a lottery ticket. His seatmates were more local but equally enthused. A friend pointed out that it seemed like most of the country’s reputable film critics were also in the room. On the street Monday, I ran into the screenwriter, Jesse Andrews, presumably after the sales mania, and was touched by his gentleness. The movie is based on a novel he wrote, and that gentleness is crucial to the spell the movie casts. When it was over, I, too, sobbed my way into the lobby.

Me & Earl doesn’t appear to be up to much that’s new. It sounds like a dozen other precious, youth-fueled movies that have come before it, at Sundance and elsewhere. Greg Gaines (Thomas Mann) narrates us through his Pittsburgh high school, his household, his friendship and creative partnership with Earl (Ronald Cyler II), and his first couple of encounters with Rachel (Olivia Cooke), the girl from school Greg’s mother (Connie Britton) guilts him into hanging out with. But there’s something about the way the camera work (by Chung-hoon Chung) glides through spaces, the way Andrews has written Greg and the physical way Mann plays him, that makes his quirks, social survival strategies, and bodily comedy seem organic.

The film has some cute stuff that’s amusing in a sitcom sort of way. You wonder if it needs so much of Greg’s meta-narration. I’d say no. The writing and directing are too imaginative to require much underlining, italicizing, and warning, and shtick from the parents. Nick Offerman plays Greg’s eccentric dad exactly as you’d expect Offerman to play him, like a half-awake ghost. Molly Shannon and Jon Bernthal are very good as the other adults. But I love the way the grown-ups are compassionate and wise in a way that a teenager might not recognize but that the movie does.

On the surface, Me & Earl, which Alfonso Gomez-Rejon directed, is about surfaces. Greg and Earl love Werner Herzog and film their own little Criterion Collection of jokey homemade movies: Pooping Tom, The 400 Bros, 2:48 Cowboy, that sort of thing. We get a montage of those, too. And I supposed some of the joke of the partnership was that Greg is an upper-middle-class white kid and Earl is black, lives in poor part of town, and seems virtually unparented. (Greg is rarely inside Earl’s house, whose porch is occupied by his do-nothing brother.) But the movie makes Earl a full partner in art and friendship — he’s got feelings and a point of view, and his blackness and thick Rust Belt drawl are never the joke itself. Also: There’s so much going on behind Cyler’s deadpan expression that his inner life feels like a secret he’s the one keeping, instead of the movie. It values the privacy of characters’ interiority and the strategy of what to share and when.

The friendship with Rachel seems to happen naturally. Greg really is amusing and annoying and charming her. Cooke would seem to have nothing to do but sit and stare, yet, like Cyler, she can do a lot with a close-up. She’s in that class of expressive-waif actress. Watching her, I got flush with whatever I felt seeing Winona Ryder in Beetlejuice. But when she loses her hair, she looks like Natalie Portman in V for Vendetta. The movie is so full of allusions that the filmmakers have to know that. You’re free to think about the films of Wes Anderson and Cameron Crowe, too.

Gomez-Rejon is a TV veteran who, it seems, has been itching for opportunity to stretch out. The camera’s busy but never excessively so, and he’s unafraid of long takes and the silences within them. This is a clever movie — its real corollary is the work of Michel Gondry, whom I suspect more directors will turn to for inspiration. Greg and Earl’s home movies are like the “Swedes” from Gondry’s underrated civic-minded treasure, Be Kind Rewind. (So, in some ways, are the reproductions the Angulo family makes in the documentary The Wolfpack, which has been playing here.) But with Gondry, that cleverness can sometimes create a chasm his characters fall into. That wasn’t the case in Be Kind because the artsy cleverness became a kind of political action.

Me & Earl is never too cute nor too clever to move. Andrews and Gomez-Rejon understand the power of some art, that it’s not an end unto itself but an extension of self. I cried because the movie conducts itself in absolute empathy. I also cried because this is one of the few movies I’ve seen that actively believes in art as an afterlife. 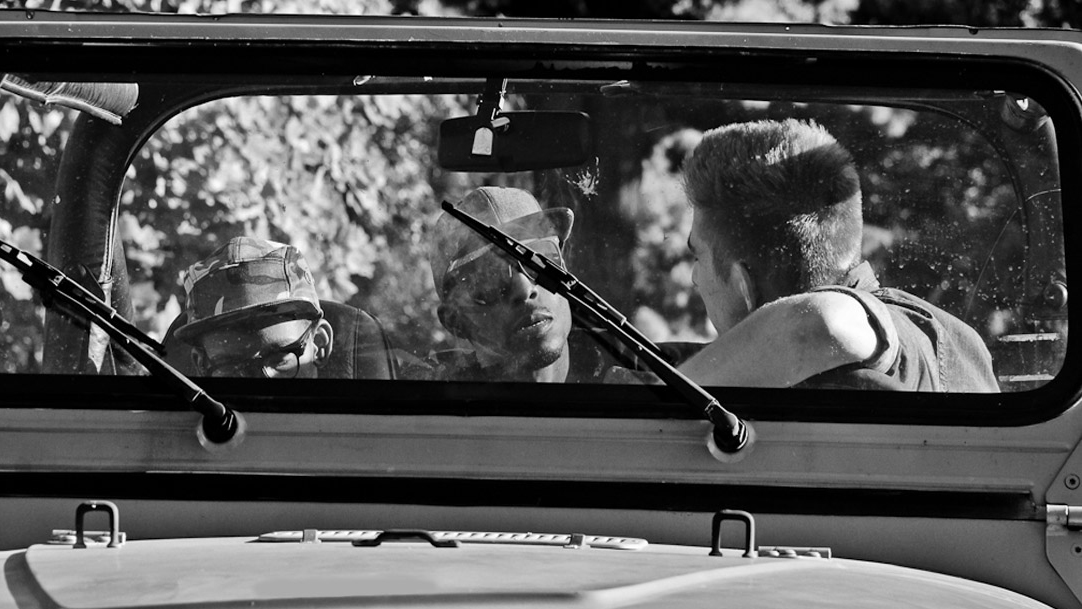 For whatever reason, I thought a lot about that guy who drove halfway across the state for that movie, and how that testifies to the allure of this festival, and how pissed I’d be if I were him to get here and wind up at Cronies, one of a handful of movies whose inclusion in this festival baffles me. I couldn’t have been the only person lured by a poster than touts Spike Lee as an executive producer. The director, Michael Larnell, is a graduate student at NYU’s film program and a native of St. Louis, where his first feature is set and which you rarely see in movies. (Mississippi Grind, which played earlier in the festival, makes a stop.)

The movie is shown by Federico Cesca in a black-and-white that evokes Lee’s She’s Gotta Have It. One of the characters, Louis (George Sample III), even resembles Lee’s Mars Blackmon. But Larnell’s story of soured friendship trades on all kinds of gangster-movie clichés that he isn’t interested in unpacking or upending. The movie consists of a documentary in which characters stand in front of the camera and answer questions that mostly involve a childhood incident in which Louis’s uncouth pal Jack (Zurich Buckner) shot Louis’s father. Since neither man seems eager to discuss it, Larnell restores the color to the incident for flashbacks that play out over the course of the movie. Amid the interviews and flashbacks, we watch those two and Louis’s friend from work, Andrew (Brian Kowalski), as they drive around the city in Andrew’s Jeep, arguing, lobbing the n-word (not Andrew, of course; he just gets called it), getting high, shooting dice. The Jeep goes missing; a little girl, up way past her bedtime, tells off Jack; and Louis barely checks in with his wife — he left the house hours ago to buy or possibly steal their daughter’s birthday gift.

The movie runs 84 minutes. I lasted 65. I just couldn’t watch a young filmmaker parade this kind of unguided toxicity. The story has no obligation to affirm life, but it must contain some, even if only to use drama and filmmaking to snuff it out. Larnell might have talent. He might also have something to say. Being at Sundance sends a false signal of readiness. I hope that in addition to putting his name on this movie, Lee is helping Larnell discover his voice. 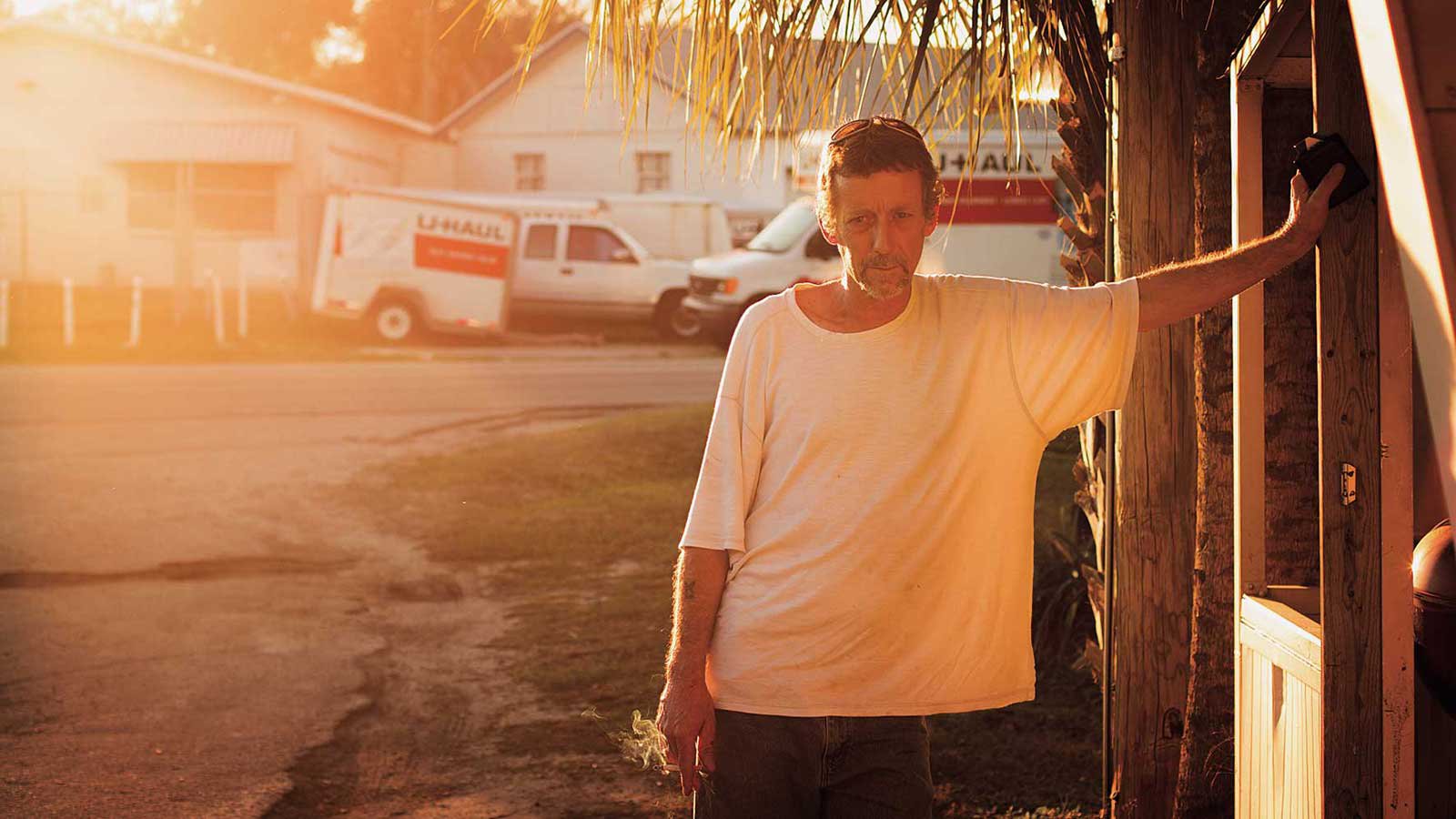 There’s a cluster of mobile homes in St. Petersburg, Florida, whose 120 residents are registered sex offenders. Officially, the community is called Florida Justice Transitions. Some people in town call it Pervert Park. Frida and Lasse Barkfors, married filmmakers from Sweden, spent some time among the residents, observing activities, attending group therapy sessions, and performing isolated interviews, in which the offenders share their stories. The film, which screened yesterday to a solemn audience, is also called, somewhat crudely, Pervert Park, but it’s about as poignant a rendering as you could make of people who’ve committed atrocious acts. Exoneration is the effect of so much complex humanization.

Some of the convicted offenders appear to have been entrapped. Others have done terrible things to innocent young people. But in the case of each of the profiled perpetrators — a handful of men and one woman — you realize there’s an aspect of these crimes that’s rarely heard: the perpetrators’ pasts. The film remains entirely in the park, as the camera follows the residents through their daily lives. It focuses particularly on Bill Fuery, whose story has too many rungs of tragedy for one life. What I hear in the ripple effect of these crimes is how they’re passed on generationally, like a horrible hereditary trait. The film verges on advocacy — the offenders want to be viewed as something other than monsters, as redeemable — without crossing into naïveté or half-formed righteousness, the way a number of European filmmakers do when working in the United States. The Barkforses know these are people with stories who need to get them off their chests.