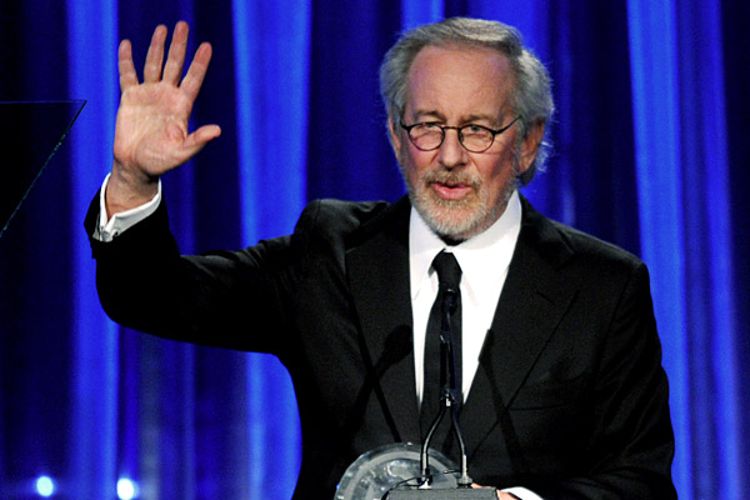 Remember in Knocked Up, when Seth Rogen and his crew are at the club appreciating the steely charms of Eric Bana’s Israeli assassin in Munich? “Every movie with Jews, we’re the ones getting killed … Munich flipped it on its ear. We’re capping motherfuckers. If any of us get laid tonight, it’s because of Eric Bana in Munich”? Later, it’d turn out that scene had a motivating factor in Quentin Tarantino’s Nazi-hunting-saga Inglourious Basterds. According to Eli “Bear Jew” Roth, on set, “We joked about the line in Knocked Up where they go, ‘Munich [is about] Jews kicking ass.’ Quentin was like, ‘No, no, no. This is the movie they were talking about in Knocked Up! This is Jews kicking ass.'” Well, prepare yourself, people with a vested interest in seeing Jews kicking ass on screen. Steven Spielberg wasn’t done with the Tough Jew subgenre after Munich: he’s making a Moses movie, and it’s going to be gnarly.

The biopic, titled Gods and Kings, will portray Moses not as some pansy-ass reluctant leader struggling with the voices from above, but as a stone-cold killer. According to Deadline’s sources, the vision is for “a movie like a Braveheart-ish version of the Moses story. Him coming down the river, being adopted, leaving his home, forming an army, and getting the Ten Commandments.” The studio, Warner Bros., is hoping Spielberg will direct with the “gritty reality” of Saving Private Ryan. Adds the insider, “There have been glossy versions of the Moses story but this would be a real warrior story.” Biblical scholars might flip out over the abandonment of the holy text in favor of a revved up war mentality – but who cares! Munich and Inglourious Basterds went a ways toward satiating me and my people’s demand for Asskicking Jew movies, but this is a bottomless desire. If Spielberg wants to take some creative liberties in order to make the insecure, waffling, non-telegenic Moses look totally heroic and unstoppable, that’s cool with me.

By the way, as Deadline points out, “this marks the second high-profile film Warner Bros is developing on a seminal Jewish hero. Mel Gibson and Joe Eszterhas are collaborating on their pitch to tell the story of Jewish warrior Judah Maccabee, who teamed with his father and four brothers to lead the Jewish revolt against the Greek-Syrian armies that had conquered Judea in the 2nd century B.C.” Grantland’s already on record as approving Gibson’s nutso decision to make a Maccabee movie. And now that his flick is part of a blossoming trend, all the better.

One thing’s for sure: this streak isn’t ending here. With Spielberg back on board, half of Hollywood is now surely scrambling to get their own copycat projects into the pipeline. So which Tough Jew is up next? Meyer Lansky? Moshe Dayan? Shyne? Grantland will be monitoring the situation.