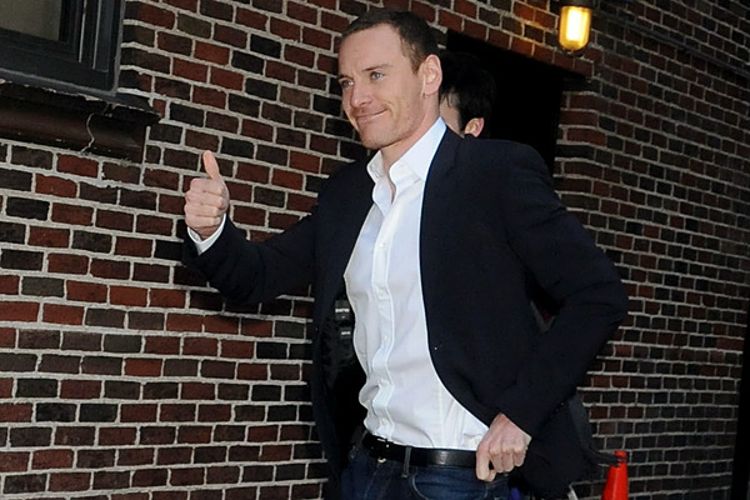 Hollywood is never so cruelly fickle as it is during awards season, delighting in watching its galloping Oscar horses chomp the air in futility as they yank the golden carrot out of reach just as the race grows most intense. Consider the plight of Shame‘s Michael Fassbender: Arguably no one had more momentum going into the home stretch, having piled up more precursor awards than even perennial Academy lust-object George Clooney, and yet Fassbender was not awakened by the five a.m. call from his publicist on Nominations Tuesday. Remember how, a mere 10 days ago, we were all talking about the scorching heat being thrown off the actor’s celebrated member following Clooney’s onstage bit about the penis’s surprising utility as a wedge-putter? Well, now some are theorizing that the phallocentric bent of Shame‘s campaign might have cost Fassbender the nomination. And by “some” we mean “one hilarious, deranged story on The Envelope concerning his “big part” in which an Academy voter was asked to consider the impact of genital focus-pulling on the prodigiously beschlonged thespian’s failed Oscar push. “He’s a guy who’s unfamiliar to a lot of people and did a movie that’s really intimate…That was a super-brave performance but … perhaps it inspired people to fantasize, and not actually vote,” the source theorized to The Envelope.

So there you have it: Voters were too mesmerized by the hypnotically unfurling cobra rising from Fassbender’s trouser-basket to remember to vote. Perhaps the five-panel, fold-out For Your Glansideration ad in The Hollywood Reporter the day before the ballots were due was a little too much, but you can’t blame a guy for listening to the advice of his publicist.

Rembert Explains the '80s: You Can't Do That On Television "Drugs" Episode