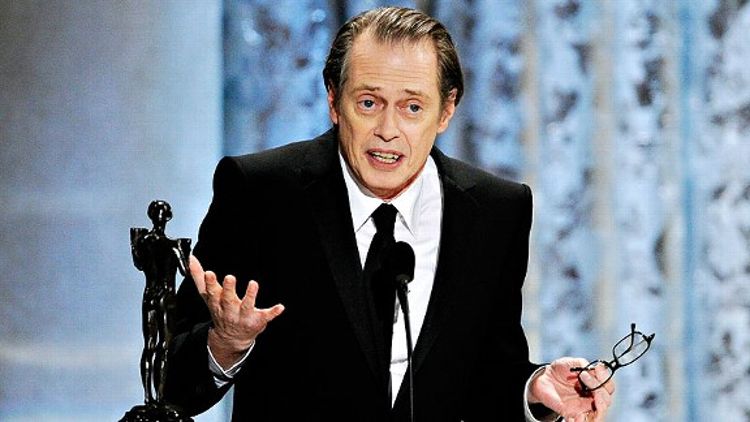 Steve Buscemi and Olivia Wilde are in talks to join Steve Carrell‘s Vegas magician movie Burt Wonderstone. Carrell plays an illusionist who breaks off with his old partner to go solo, only to be upstaged by Jim Carrey‘s hipper street magician; Buscemi would play the old partner, and Wilde would play Carrell’s love interest, who works as Carrey’s assistant. As this movie continues to land big names, it’s clear it’ll be a great thing for the general practice of magic: This is going to be the most high-profile screen time magic has gotten since that super sad Jawdroppers infomercial. Grade: B+

Queen Latifah will host a daytime talk show co-produced by Will Smith and Jada Pinkett Smith. It’s headed into production under Sony Pictures Television for the 2013 season. This will be her second such gig, following 1999’s The Queen Latifah Show. More importantly, this will be a reunion for Jada Pinkett and Latifah, who co-starred in the 1996 lady-bank-robbers classic Set It Off. An auspicious marker, to be sure. Grade: A- [Deadline]

Bill Paxton is in negotiations to direct the big screen adaptation of Kung Fu, the seventies TV show starring David Carradine as a an ass-kicking sojourning monk. Wait, the actor Bill Paxton? Indeed. In fact, he’s already directed two other movies, Frailty and The Greatest Game Ever Played. And that’s not Bill Paxton’s only hidden talent: If you ask him politely, he will do that thing where he folds his eyelids inside out. Grade: B [Deadline]

The Left Behind book series – the hugely successful Christian franchise about the Rapture, and the people left behind – will be adapted for the big screen again. Paul Lalonde and John Patus, both of whom had involvement with the original adaptations, have written a screenplay that has more of a disaster movie feel than the original movies. It’ll be produced by production company Cloud Ten for $15 million, a very large sum in the faith-based movie industry. A hearty, preemptive congratulations, then, to faith-based movie star Kirk Cameron, who starred in the original Left Behind and will probably land this gig too: you, sir, are going to be more famous than ever. Grade: C [HR]

Octavia Spencer has joined Diablo Cody’s directorial debut, formerly titled Lamb of God. It stars Julianne Hough as a young woman who loses her faith after a plane crash and heads to Vegas to sin, conscience free, and Russell Brand, as the guy who helps her regain her faith. Spencer will play a casino card dealer who, sensibly, also wants to party, and attempts to assist Hough in her mission. Russell Brand! Please stop ruining everyone’s fun. Grade: B+ [HR]

Rashida Jones has been cast in Decoding Annie Parker, the indie drama starring Helen Hunt as Mary Claire King, the geneticist who discovered a gene linked to breast cancer. Samantha Morton plays the title character, a woman diagnosed with cancer, and Rashida will play her helpful friend Kim. And Rashida Jones’ unstoppable campaign to be in every movie ever without starring in any rolls on! Grade: A- [HR]