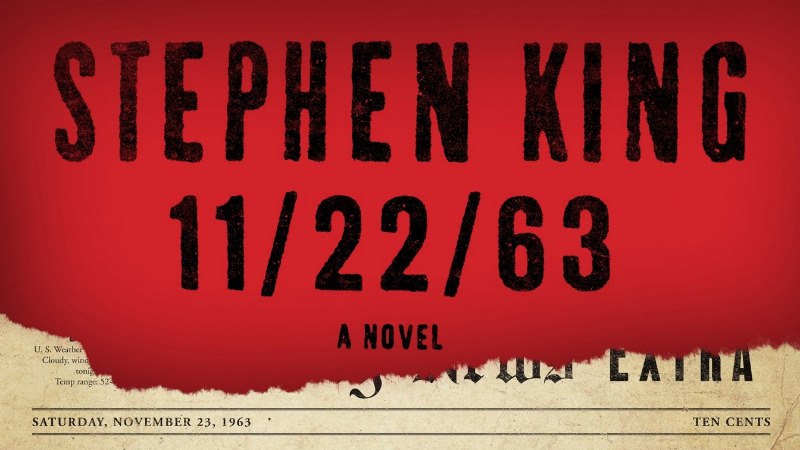 One of the many great things about Stephen Edwin King, writer, is that he’s always down to try something new, narratively and format-wise. He’s done a serialized novel, novella collections, story collections, novels huge and small and microscopic, Kindle singles, Kindle-only stories, paperback-only books, European-only e-reader short stories. The list is almost is long as It.

Ditto for TV and miniseries and movies. Every shade of King project has been made. Many suck, some are good. 11/22/63, the 2011 novel that’s colloquially known as The JFK Assassination Time-Travel Book, but is really so much more than that (stay tuned), is being adapted at Hulu, and it has a great shot at being good (or better than good).

First off, the J.J. Abrams nerds will need to know that Abrams (Star Trek Into Darkness, Felicity, every movie or show that happened between those two) is executive producing alongside King, screenwriter Bridget Carpenter (Friday Night Lights, Parenthood), and Abrams colleague Bryan Burk, a producer from Alias, Lost, and Fringe. (He’s very TV-sperienced.)

First: Really?? “If I ever”? What about It, The Stand, Storm of the Century, Rose Red, and Under the Dome, which is happening now in semitragic form at CBS, and was originally intended as a miniseries? Ser King, you write long — everything needs to be long-form event TV with you.

Second: event TV programming through Hulu for 11/22/63! Nice! It’s a great read, a fascinating novel with a gigantic concept and slick execution. The Hulu series should be a great period piece, as most of the book takes place in a small town in Texas in the dawn of the 1960s, when Mad Men happened. At about 850 pages, 11/22/63 is a latter-day King doorstop of note. It’s also SO LONG and honestly rarely boring, especially for history buffs. Since I can’t write a Stephen King thing at my kitchen table without also photographing the relevant Stephen King text(s) at my kitchen table anymore, this is the relevant image: 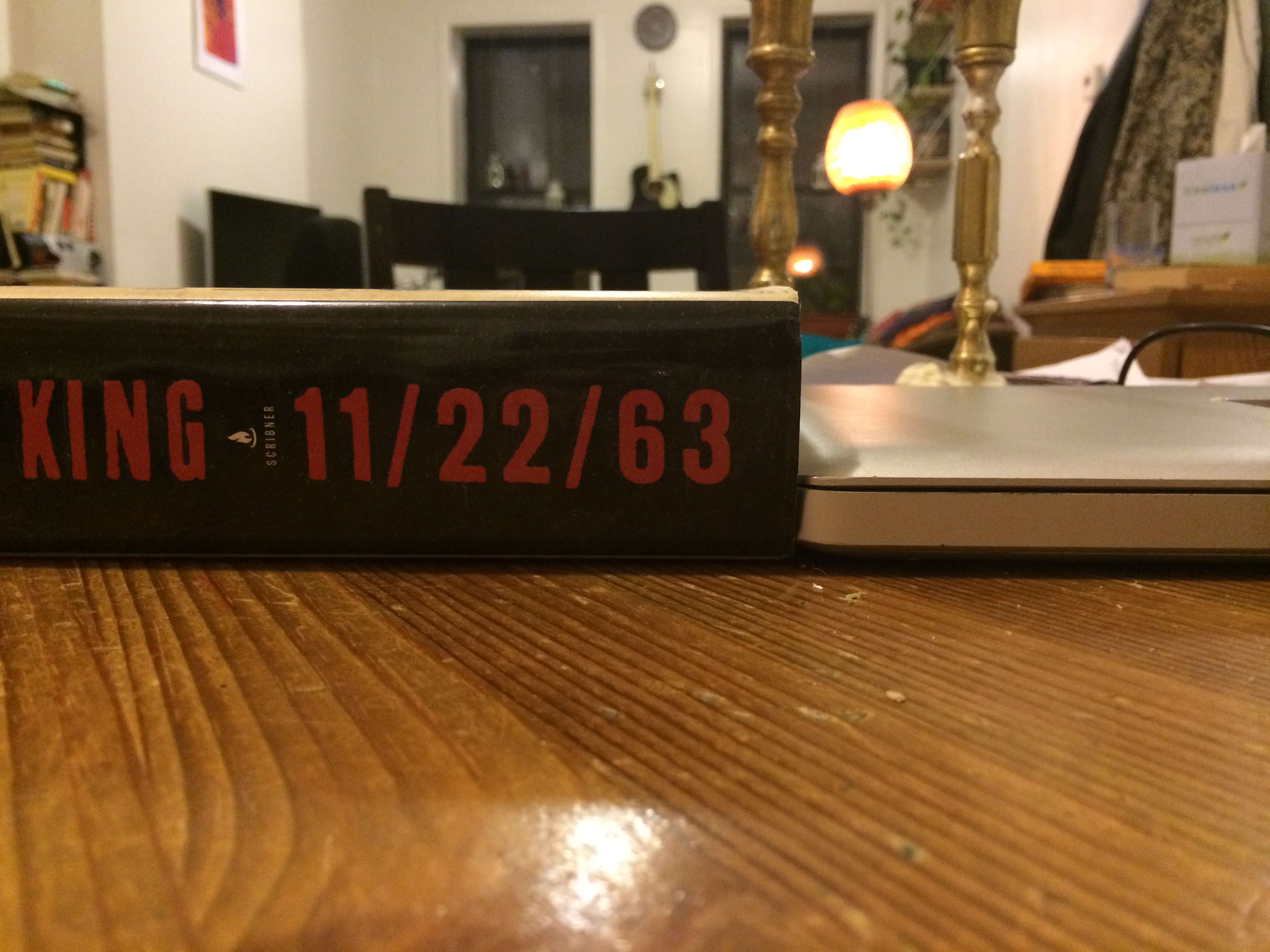 It’s wayyyy thicker than a computer. In all of those pages is the story of a lost man who finds himself (and finds himself) in the past. He enters a walk-in cooler in a Maine burger joint and ends up in 1958, five years before the JFK assassination. He sticks around to see if Lee Harvey Oswald acted alone, keeping close tabs on Oswald and every other conspiracy theory suspect. He mulls whether to try changing history — removing that ugly watershed moment from American history, de-Zaprudering us all in the process — or to stand back. It’s rich stuff, psychologically.

Third: This is big for Hulu. Huge, even. “The order marks the streaming service’s most significant original series order yet as the company looks to compete with streaming kingpin Netflix along with Amazon,” reports Entertainment Weekly. A beast lurks, however: “The project will be designed as a stand-alone story based on King’s novel. But,” writes EW — there’s always a but, “if the show is successful, we’re told the opportunity exists to do additional seasons based on the same format.” Yuck. Please don’t do that, Hulu. Adapt the book in like eight to 10 hours and get out of there with a few Emmy noms if you’re lucky. Don’t string us out for years. Stephen King fans and TV fans deserve better than this dragged-out ugliness we’ve been just smiling and taking.

The Red-Band Trailer for ‘The Interview’ Has Many Laughs, Zero Diplomacy