Matthew McConaughey Rumored As ‘The Stand’ Villain Randall Flagg, a Role He Absolutely Has to Take

A casting report floating around right now says that Matthew McConaughey might play Randall Flagg in the latest attempt at a film version of Stephen King’s biggest and possibly best novel, the postapocalyptic road-trip epic The Stand. Even taken as a rumor, this information is supremely important and exciting, and I’ll explain why in a moment. First, for those rusty on their Flagg: Even King’s “usedta like him but now meh” semi-fans know Flagg as the super-villain of all super-villains. He’s the Joker and Batman at once, Darth Vader and Darth Maul, King Joffrey and Lord Tywin and even a little Tyrion. These are some — some — of the books he menaces: 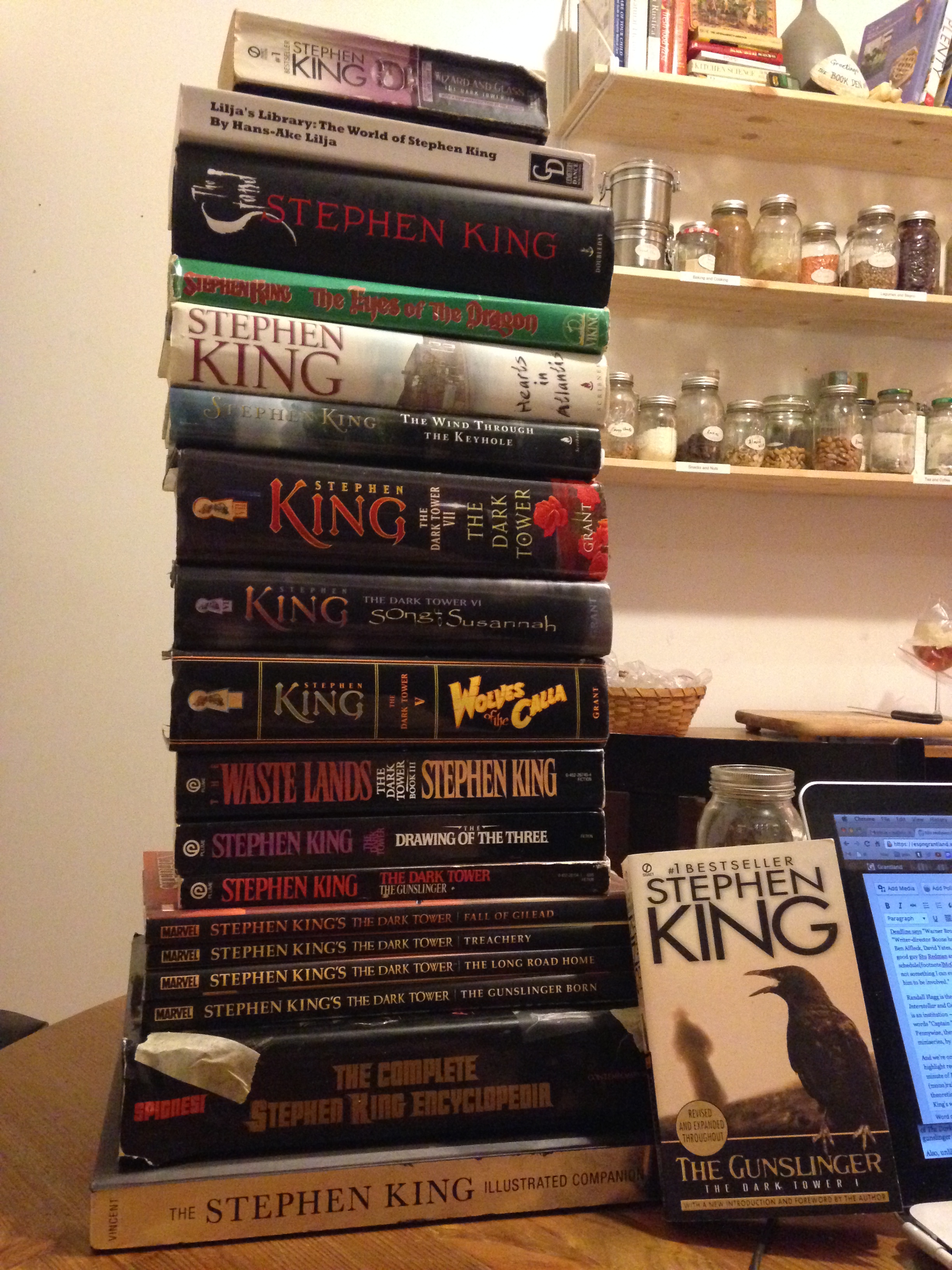 That stack contains three encyclopedias, four graphic novels, and 12 full-length novels — and they all feature and/or discuss Randall Flagg. That’s a total of easily more than 10,000 pages. Flagg’s not on all of them, but he’s on quite a few, and you can feel his omnipotent omnipresence … well, everywhere.1

I can’t really tell you a single Flagg story without giving you a nightmare. He’s scarier, badder, and more important than Pennywise, the Crimson King, and that mouldering woman in a Colorado hotel bathtub. Flagg’s the antagonist in the novel mostly everyone agrees is King’s strongest, and he’s the über-nemesis in King’s only series, The Dark Tower. He debuted in “The Dark Man,” a 1969 poem King wrote on a place mat in a UMaine diner. A few haunting Flagg illustrations have emerged over the years, but don’t waste time comparing them to McConaughey — the guy’s face and form change swiftly and frequently, and his aliases include (but aren’t even close to limited to): the Walkin’ Dude, Marten Broadcloak, the Ageless Stranger, Walter o’Dim, Nyarlohotep, Richard Fannin, Astaroth, the Covenant Man, John the Conqueror, the Bogeyman, Old Creeping Judas, R’yelah, and Maerlyn, as in Merlin.2 Anyone in King’s oeuvre with the initials RF could be and probably is Randall Flagg in disguise.

So: Matty M. We’re blessed to be alive during the McConnaisance, the still-happening movement in which the erstwhile rom-com king and naked bongoist establishes himself as a showstealing actor’s actor. The McConaughey filmography is growing thick with grimy, delightfully proficient roles. Stuff like Dallas Buyers Club, The Wolf of Wall Street, Mud, The Lincoln Lawyer, and, of course, True Detective, in which McConaughey went Carcosa-dark and maybe locked up an Emmy in the process. He got his Oscar in March for Dallas Buyers Club, but 2011’s Killer Joe could’ve won McConaughey the Flagg part before True D was even an idea-fetus in Nic Pizzolatto’s psychosphere. Stand director and writer Josh Boone (The Fault in Our Stars), has stated it’ll be “one three-hour, R-rated version with an amazing A-list cast across the board.”

Deadline says “Warner Bros covets [McConaughey]” for Flagg although it’s “by no means a firm situation.” The Wrap’s version? “Writer-director Boone has had McConaughey in mind ever since he won the coveted job, which he inherited from filmmakers such as Ben Affleck, David Yates, and Scott Cooper.” They add that McConaughey was originally earmarked for the far less interesting Texan good guy Stu Redman and that “it’ll likely be up to the actor to choose which role he wants to play, should his schedule allow him to be involved.”3

Randall Flagg is the next logical movement in the McConnaisance Suite. The man’s future includes Christopher Nolan’s great-looking Interstellar and Gus Van Sant’s great-sounding Sea of Trees, and probably Magic Mike XXL. But those are all just movies. The Stand is an institution — it was a major touchstone for Lost, it’s a few years away from aging into the American literary canon, and the words “Captain Trips” pop up every time a pandemic plasters CNN. It’s also nice that, unlike Pennywise, there’s no real pair of boots McConaughey has to step into here. Flagg was portrayed onscreen once, in ABC’s Stand 1994 miniseries, by Jamey Sheridan, who didn’t even come close to nailing it.

And we’re only talking about The Stand, here! Flagg, as that skyscraper of pages attests, is an immense figure. If Tim Curry’s career highlight reel ends up with 10 seconds of that shape-shifting devil-clown, McConaughey’s could conceivably include a meaty half-minute of Flagg. Especially if Ron Howard ever gets his Dark Tower trilogy-with-a-few-seasons-of-TV-in-between plan on (mono)rails. Because when McConaughey plays Flagg in Boone’s hopefully-pretty-good-or-even-great Stand, McConaughey theoretically gets a big invitation to also terrorize Roland Deschain, the Tower’s gunslinger protagonist.4 The saga-opening line — which might be King’s nicest sentence of all time, and certainly one of his most famous — goes, “The man in black fled across the desert, and the gunslinger followed.” And the man in black is Flagg.

And Now, Ladies and Gentlemen, a Message From the 'Saturday Night Live' President of the United States