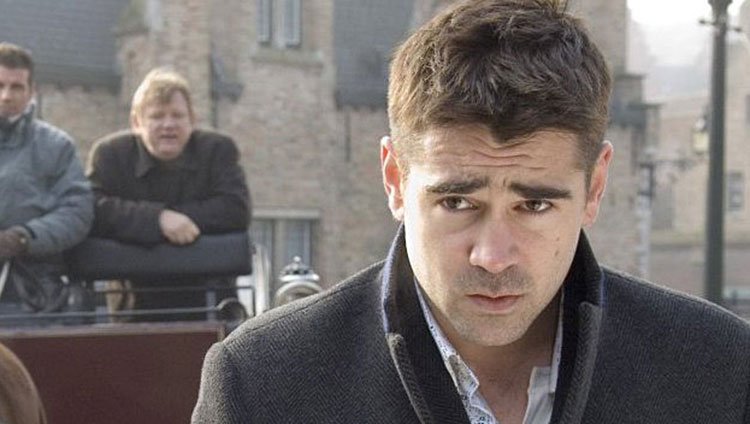 At the very least, the confirmed casting of Colin Farrell in the second season of True Detective mostly kills the Twitter hashtag, which, by this point, had gone past “dad joke” and reached the slim territory between “Jay Leno monologue” and “high school principal’s morning announcements.” But what shouldn’t be lost in the meta-discussion that has come to dominate the show — i.e., Has Nic Pizzolatto Ever Taken Off That Leather Jacket, Or Does He Sleep In It? — is that Farrell’s casting is good news.

Despite having been saddled with the unfair reputation of being a celebrity before an actor, Farrell’s been excellent before in films that, if they didn’t anticipate his role in True Detective, at least show he’s on that level.

In the past, Farrell’s main problem has been his erratic taste in work. For every Malick project and Spielberg part, he’s done a Dead Man Down or Total Recall, films that have no reason to exist, much less provide any showcase for his talent. And Farrell is talented. He can play tough, shrewd, rattled, or corrupt; there are few actors who cry better. But for some sense of what he might be like in True Detective, it’s best to zero in on two pieces of his career.

The first is his role in the underrated 2008 cop movie Pride and Glory, directed by Gavin O’Connor, who later capitalized on his promise with the excellent Warrior.

In Pride and Glory, Farrell plays Jimmy Egan, a police officer whose role in the killing of four other cops is not what it seems. Pride and Glory isn’t Charlie Kaufman, but it’s a viscerally thrilling take on the conventional corruption narrative, and Farrell’s role is a thorny one, requiring him to inspire sympathy and disgust in equal measures. His co-stars, Ed Norton and Noah Emmerich, get to be Guys Just Doing Their Best, keeping a straight face in a cruel world, whereas Farrell is trash — we know he’s trash, he knows he’s trash, but we’re still vulnerable to him. Pizzolatto loves nothing more than this kind of duality, this mixing of lights and darks, and it’s nothing Farrell hasn’t done before.

More telling, though, are the roles he’s played in two Martin McDonagh films, In Bruges and Seven Psychopaths. McDonagh’s one of our best working playwrights, and these movies, the only two he’s made, are hysterical, hyper-violent trips to the lunatic fringe. In In Bruges, Farrell plays an assassin stuck in Belgium with Brendan Gleeson, battling, in equal parts, his suicidal ideations and desire to get laid. In Seven Psychopaths, he’s a stopped-up screenwriter who — I’ll let IMDb take it from here — “inadvertently becomes entangled in the Los Angeles criminal underworld after his oddball friends kidnap a gangster’s beloved Shih Tzu.”

Unlikely as it is that Pizzolatto’s grand plot for Season 2 revolves around stolen dogs, McDonagh’s work with Farrell offers us the best indication of what he could bring to True Detective. I like Pizzolatto just fine, but McDonagh’s one of the best dialogue writers in the universe, and his scripts are a symphony of insults and rejoinders that accumulate until they drive their characters insane. What follows are bursts of action that tend to rearrange the film entirely. McDonagh will pick up his movies and shake them like dollhouses.

In front of McDonagh’s camera, Farrell has done his best work, particularly as Ray in In Bruges. He manages at once to be both tortured and funny, a scamp with horrifying baggage. Pizzolatto burdens his characters to the point where normalcy seems absurd, but McDonagh keeps them constantly aware of what a normal life might be like. That’s even harder to play — you can’t quite go full carving-beer-cans-into-people when you’re still tiptoeing the void. Matthew McConaughey and Woody Harrelson — one of Farrell’s sparring partners in Seven Psychopaths, for what it’s worth — set the bar impossibly high. But at least Farrell has the toolbox to try to match it.

Indie, Incidentally: The Rise of Alt-J and What It Means to Be a ‘Normal’ Band