Stars: They’re Nothing Like You, So Just Stop Talking to Them 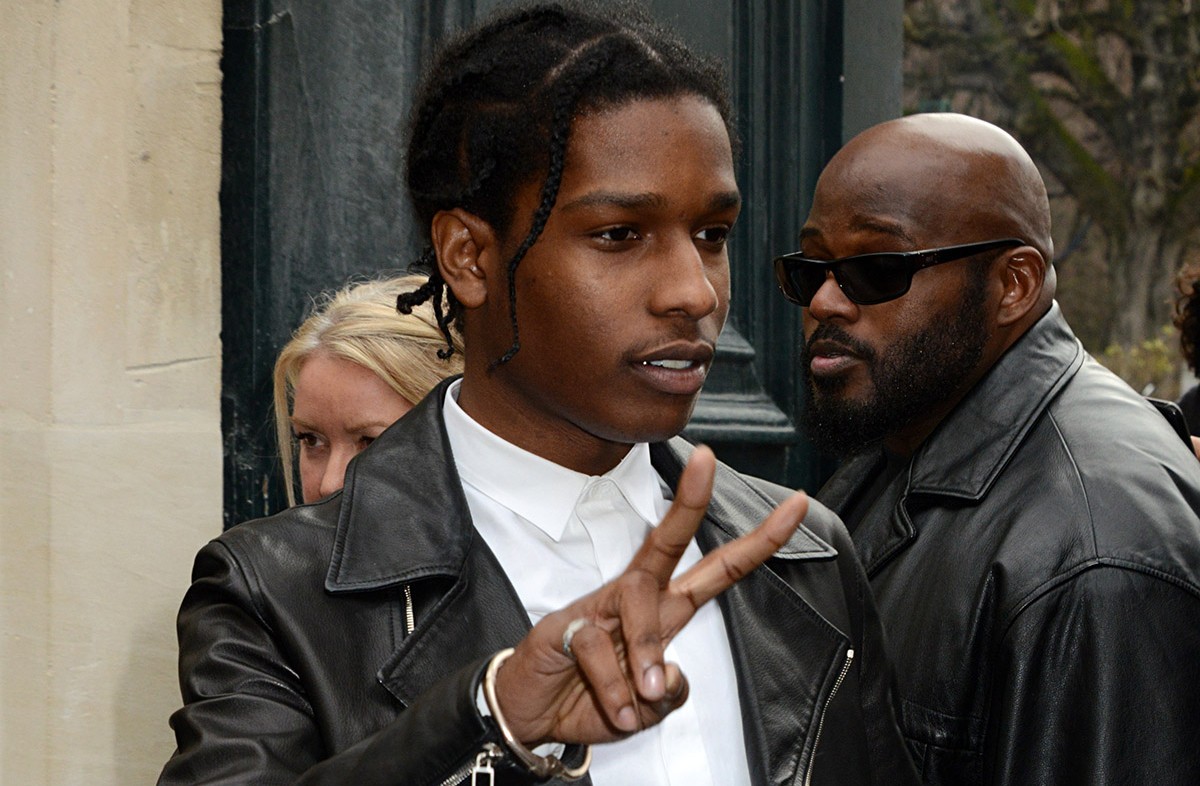 Trigger warning: Do not read if you’re allergic to the real.

There is something that needs to be addressed. Right now. Because we’re running out of time. So get ready. Because I’m about to say it. On the next line.

We, the collection of nonfamous people, have to stop approaching celebrities in public. It’s over. We had a great run, but no more. It stops today.

We’ve been ignoring that part that I just put in italics for too long. And, as previously mentioned, it stops right now.

Why do I bring this up now? Well, as an attempt to practice what I preach while embracing vulnerability, I will tell a quick story. Because I used to think I was immune to this problem. But even I’ve been infected, as recently as last night.

At South by Southwest, there’s an above-average number of organic opportunities to get very close to someone famous, be it at a bar, in a restaurant, or just on the street. Last night, I found myself in one of those situations, standing but feet away from a rapper. His name is A$AP Rocky. I tend to not be starstruck by rappers, because with every passing year, I find myself significantly older than anyone with a record deal. This situation proved no different, because I wasn’t rattled in the slightest. But even still, something in my head told me that I wanted to talk to him. That I should talk to him. So, completely out of character, I walked over to a relaxed Rocky, standing alone, not speaking to anyone, watching a concert, and went in for the dap. I don’t know what came over me, but it happened.

Before our hands fully met, however, I realized Rocky was not alone. Actually, my rib cage realized Rocky was not alone. The very large man next to him, let’s call him A$AP Jesus Christ You Are Strong, was Rocky’s protector. And even though Rocky assured me that it was cool, the forearm in my side also alerted me that this better be a quick talk. And within four seconds, I was out.

I appreciated Rocky’s politeness — his ability to entertain my swoop-in like we were boys — but was so angry at A$AP Jesus Christ You Are Strong. After a few minutes, however, it hit me what I’d done. I’d fallen into the trap of forgetting the last part of that sentence, the “… I have to go say hello and ask for a picture because that’s what my favorite singer wants to do with her free time.” I forgot that of course A$AP Rocky doesn’t want to talk to me, because why would he?

That shot to the ribs woke me up. Had it not been for A$AP Jesus Christ You Are Strong’s body blow, I may not have wised up. And for that, I thank him.

It’s going to be hard as a society to break the pattern of approaching celebrities and talking to them and taking pictures with them and just being insufferable. But we can do it. Together. As a primer, here are some rules to live by, should you find yourself in such a situation. And yes, you should print this and carry it with you, everywhere you go.

1. If you don’t like the celebrity, feel free to approach them. Because why not make their day worse?

2. If you really don’t like the celebrity, you may ask to take a picture.

3. If you are older that the celebrity by more than 10 years, under no circumstances may you approach the celebrity (true until your eighties, because at that point it’s all good and you’re almost a centenarian).

4. If you have children between the ages of 6 and 10, you may use them as bait to take a picture with a celebrity, at any moment, because that’s half the reason for having kids.

5. If you have children younger than 6, you may use your child as a conversation icebreaker while you hold them, but you are not allowed to say, “Hey, my 4-year-old son Glenn is your biggest fan, Neil DeGrasse Tyson, would you mind taking a picture with us?”

6. If your first line is “Hey, [celebrity], remember when … ” then you’re banned from talking. Because they don’t remember. Because why would they remember?

7. Same applies if your first line is “Hey, [celebrity], I hit you up on [social network X] … ” Again, you are banned from talking.

8. If a picture with said celebrity would cause you to take the image offline and frame it, then and only then may you approach and ask for a picture.

9. If you end up next to a celebrity on a plane or train, you may engage, but only before takeoff. And only if they’re not wearing headphones. You may not do the shoulder tap that results in said famous person needing to take off their headphones to talk to you. Never.

10. You are never allowed to talk to Oprah.

So, what options are you left with? If you genuinely think there’s a chance of a friendship blossoming with a celebrity, or maybe even a relationship, there are really only two options, both rooted in the idea that the celebrity needs to approach you.

1. Acting Indifferent to Force the Compliment

You are always allowed to try to catch the celebrity’s eye. If you do, your best bet is to hope that there’s something about you — something positive — that stands out. Case in hypothetical point, I position myself within the periphery of Barack Obama. He’s just at the Lorde show, being a lounge lizard. Taking a sip of his drink, he looks over at me. I can feel his gaze on me. It’s very presidential. I look over and nod my head. Nothing more. He takes that nod-and-nothing-more as a sign of “Hey, I know that he knows who I am, but he’s going to respect my space. I appreciate him.” And as token of his gratitude, he compliments my shirt. ONCE BARACK OBAMA COMPLIMENTS YOUR SHIRT, THEN AND ONLY THEN CAN YOU ENGAGE.

And so you engage. You tell him where you got the shirt, he tells you how much of a hassle it is to go to Lorde shows without the Secret Service, and then you go buy the two of you another round of beer while discussing whether or not “Royals” is racist. Great night.

2. Being Helpful to Signal Protection

Stars, they’re just like us, you know. And because of that, sometimes our stars slip up. There’s a whole industry based on celebrities not realizing something about themselves that could potentially be embarrassing and bad for their personal #brand. If you see one of those, it’s your golden ticket. And you must pounce. Collect yourself and then immediately engage. These are rare, beautiful moments, because the celebrity knows they owe you one, and henceforth should entertain any wishes you may have, following the encounter.

Highly Feasible Example Probably Happening As We Speak: “Oh look, there’s Carson Daly. Oh no, Carson has mustard on his shirt from the corndog he was just eating.” (You’re at a place that serves corn dogs.) “Heavens, Carson doesn’t realize that he has mustard on his Zara shirt. And double heavens, it would be so embarrassing if people started tweeting and taking pictures of Mustard Shirt Carson. He must go to the bathroom soon and wash it out or throw his hoodie over it quick, before it’s too late. I must save Carson.” THEN AND ONLY THEN MAY YOU ENGAGE WITH CARSON DALY, SEEING AS YOU ARE PROTECTING CARSON DALY AT ALL COSTS.

Don’t make a scene. Just go, “Hey, Carson, you’ve got some mustard on that Zara shirt.” He will thank you, he will run off to the bathroom, and when he returns he will buy you a drink and give you his business card and you will chat. Because he now knows you aren’t out here just to be a pest. He knows you’re a protector of Carson Daly. And he knows everyone else in the room isn’t, because he ate that corndog over an hour ago.

It’s going to be a bumpy ride, but we can do it. And we will do it. Because we’re fighting for our freedom. Not from tyranny, oppression, or persecution, but from annihilation. Because we’re fighting for our right to live, to exist, and should we win the day, the 14th of March will no longer be known as an American holiday, but as the day when the world declared in one voice, “We will not go quietly into the night! We will not vanish without a fight! We’re going to live on, we’re going to survive. Today we celebrate our Independence Day!”

The James Brown Biopic Has a Trailer and the Real Music