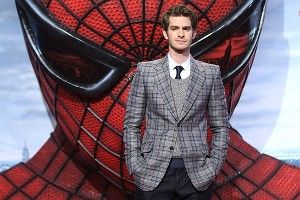 Sony is now actively looking to book Spider-Man 2‘s new Harry Osborn, the role played by James Franco in the Tobey Maguire franchise. And, bless their hearts, they’re going about it without worrying much about anyone’s feelings.

THR has now gotten its hands on all four contenders’ names, and that roster would be: Pirates of the Caribbean: On Stranger Tides‘s Sam Claflin, My Week With Marilyn‘s Eddie Redmayne, Noah‘s Douglas Booth, and The Big C‘s Boyd Holbrook. OK, so that’s our first bit of mean-spiritedness: Sony’s loose lips means the three dudes that don’t get the job will forever be known as “the guys that almost got to be like James Franco.” But really, revealing the names of the top contenders for a role is fairly common and, ultimately, dealing with rejection in public is just the kind of thing an actor has to put up with. (Plus, some solace could most likely be provided by James Franco himself; freelance amateur therapy just seems like the kind of thing the autodidact would be into.) No, the real gut-punch part is this:

James Franco played the Osborn role in the Sam Raimi-directed Spider-Man films of the 2000s. Franco took a more brooding and dark path for the character, and an original plan was to continue that tradition in the new films, with actors Dane DeHaan, Alden Ehrenreich and Brady Corbet initially under consideration.

But sources say the producers and filmmakers now are seeking actors with characteristics that include athleticism and good looks.

Breaking AMAs: A Running Diary of the Breaking Amish Reunion and the Last Hour of the American Music Awards

Grading the Top 10 in … VENEZUELA!