Songs of the Week, With Special Guest Matthew Mondanile of Ducktails 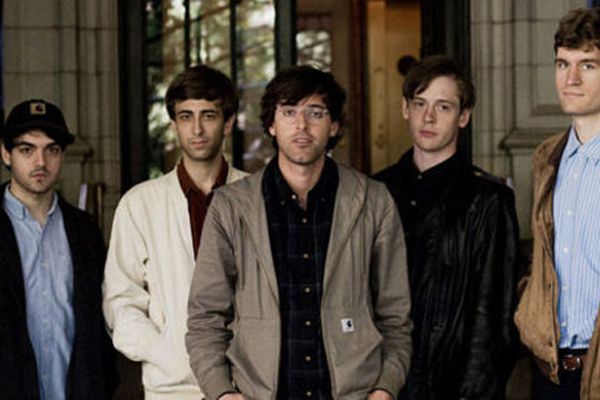 In a couple of weeks, Ducktails drops its eagerly anticipated fourth album, The Flower Lane. This time around, front man Matthew Mondanile — whom you may remember for such things as also being the guitarist in Real Estate — got a bunch of his pals to chip in (guesting on the record are members of Ford & Lopatin, Cults, Future Shuttle, and Daniel Lopatin, a.k.a. Oneohtrix Point Never), and the result is a more fleshed-out vibe than he’s dropped on us yet. (Check out the sweetly groovy title track for proof.)

And so, as we do every once in a while here at Songs of the Week HQ, we got Mondanile on the phone to chop it up about some of this week’s more notable burners. Matt told us he’s “stoked” for the album release, and is “busy doing stuff for it,” but still had time to chat. He was just a touch surprised, though, about speaking with Grantland: “I thought you were gonna ask me who my favorite sports players are.”

Mondanile: I like Rick Ross a lot. He has a really good voice. Everything he does is cool. Juelz Santana has always been pretty sweet, too. He’s been around since I’ve been in college. I went to Hampshire College but I hung out at UMass and a bunch of different colleges, too, and like three or four years ago, everybody was into Juelz Santana. This really reminds me of college. It’s really good.

Mondanile: I don’t really know them, but they’re on my favorite label, Woodsist — [Woodsist] put out a Real Estate record, and I know the guy who runs that label really well, and I kind of have trust that he has good taste. This song’s pretty good. It’s really catchy. It’s my type of thing. Plus, The Woolen Men doesn’t excite you as a name but the song title really gets you into it. “Mayonnaise” is a pretty strong name.

Grantland: How important are song names to you?

Mondanile: Really important. Whenever it comes time to name the songs, I stress out.

Mondanile: This is gonna be weird, but I don’t like Tom Waits. I can’t really stand his voice. He’s got this cult appeal, everyone’s always like, “Oh, it’s Tom Waits, blah blah blah, Tom Waits!” I don’t really care about him. To me, he’s just a grumpy guy. I think Keith Richards is cool. As far as Tom Waits, I couldn’t really care.

David Bowie, “Where Are We Now”

Mondanile: It’s pretty amazing. He hasn’t put out a song in so long and then he puts out this weird melancholy pop song that’s really nostalgic of the time he spent in Berlin. That’s what it sounds like to me, at least: He’s reminiscing about that. Which is interesting to me because I studied in Berlin in college and I read a lot about him.

Mondanile: The Iceage song is awesome. They’re from Copenhagen, and I’ve played in Copenhagan a bunch of times. I met the singer and he told me he liked my music, which was awesome. But this song is totally, like, poppy and accessible but it’s also hard to listen to. It reminds me of songs that I listened to when I was younger, like Operation Ivy.

Grantland: How is Copenhagen? Pretty dreary?

Mondanile: Copenhagen is kind of cloudy and pale and the weather is pretty cold, but it’s not dreary because there’s so many attractive women there. It’s a nice place; I don’t know why they have to be so angry there.

Mondanile: I mean, it’s OK. It sounds kind of like a lot of rap you hear on the radio. I like mainstream rap, I’m always kind of listening to it … in friends’ cars, and in Brooklyn you hear it always outside your house, it’s all over the place. But I’m not as into this as I am into other new mainstream rap. I really like that Future song “Turn on the Lights.” This, he’s trying to prove himself over the whole thing, that he’s the man, that he’s really rich or whatever. Honestly, there’s not enough melody.

Mondanile: I actually know these guys [personally] — they’re a great band from Brooklyn, kind of remind me of Hüsker Dü or Dinosaur Jr., early kind of indie rock from the ’90s, with that punk tone that doesn’t sound contemporary, which I really like.

Grantland: When you’re already friends with a band, does it make harder or easier to like their music?

Grantland: This one samples Radiohead!

Mondanile: That’s Will Smith’s daughter? OK, first of all, that’s crazy. That’s the most crazy thing about it. Wow. It’s really mellow and weird and kind of eerie. It’s so minimal, so that’s weird. I kind of am into it because it’s not a big, banging song. It’s just this little thing. How old is she?

Mondanile: I’m sure that Will Smith wants his kids to be successful.

Filed Under: Rick Ross, Songs of the Week

Trailers of the Week: Trance, Only God Forgives, 42, and More