Songs of the Week: Getting Weird With ILoveMakonnen, Friedrich Liechtenstein, and Orc-Battling Taylor Swift 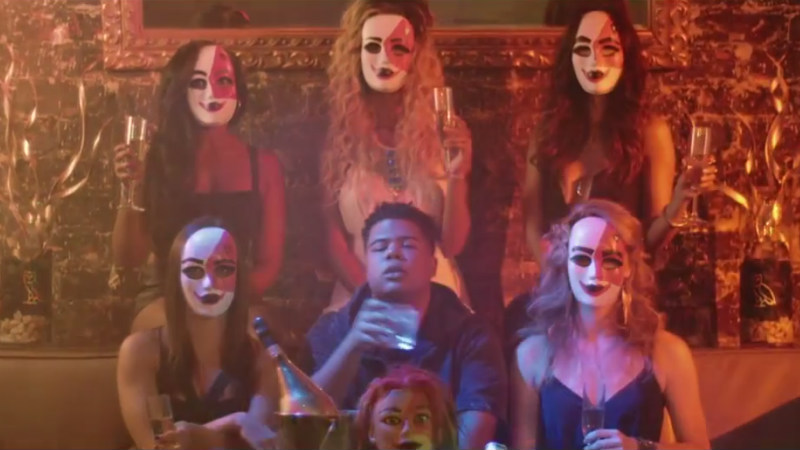 ILoveMakonnen, the Harry Nilsson of R&B, gets the remix treatment from Drake. The video is suitably weird, and the song has such a nostalgic feel that I’m already getting nostalgic thinking about how nostalgic we’ll eventually be for this time in our lives. I’ll look back on this and think, Man, how great was it when we had the club going up on a Tuesday?

Music videos that take place in laundromats are my weakness. Also, this song is funky.

Taylor Swift, “Shake It Off (Orchestral)” — arr. by Lewis Ashley

While we wait for 1989 to drop, we’ve been contenting ourselves with this orchestral instrumental version of “Shake It Off” that is a perfect soundtrack for slaying orcs, treading through the moors, or vanquishing troll demons.

Produced by Disclosure and cowritten with Disclosure, Jimmy Napes, and Sam Smith, Mary J. Blige’s “Right Now” takes it back to Blige’s classic debut style, while also being very forward-thinking, opening up new possibilities for her next act. Blige is restrained while floating over the dark and sneaky track, the first single from her new album, The London Sessions, on which she collaborates with contemporary U.K. talents like Disclosure, Smith, Naughty Boy, and Emeli Sandé. It’s a brilliant move on Blige’s part, like Dusty in Memphis but flying the other direction.

Why doesn’t Swift just date some hot folk-rock guys who are not from America? These ones are German.

Friedrich Liechtenstein, “Das Badeschloss (Made for the Future)”

Speaking of Germans, Friedrich Liechtenstein is a Berlin-based eccentric “who, according to colleagues, lives his entire life as if it were a conceptual artwork.” He went viral after starring in a commercial for the German grocery store chain Edeka. Liechtenstein was born Hans-Holger Friedrich in Stalinstadt, the socialist planned community. He worked as a puppeteer, a performance artist, and a theater director before inventing the alter ego “Friedrich Liechtenstein” to put out an album of electronic music paired with his vocals. A New York Times profile of Liechtenstein listed his next project as “a 10-part television series about the romance of gas stations.” The arty video for “Das Badeschloss (Made for the Future)” will not answer any of your questions. That is why you should watch it right now. Have you ever wished Werner Herzog were a pop star? This is your new guy. This is Artpop.

The pre-chorus on this song makes me feel like I’m hang gliding.

The Right Reasons Podcast: 'Below Deck,' 'Real World,' and More