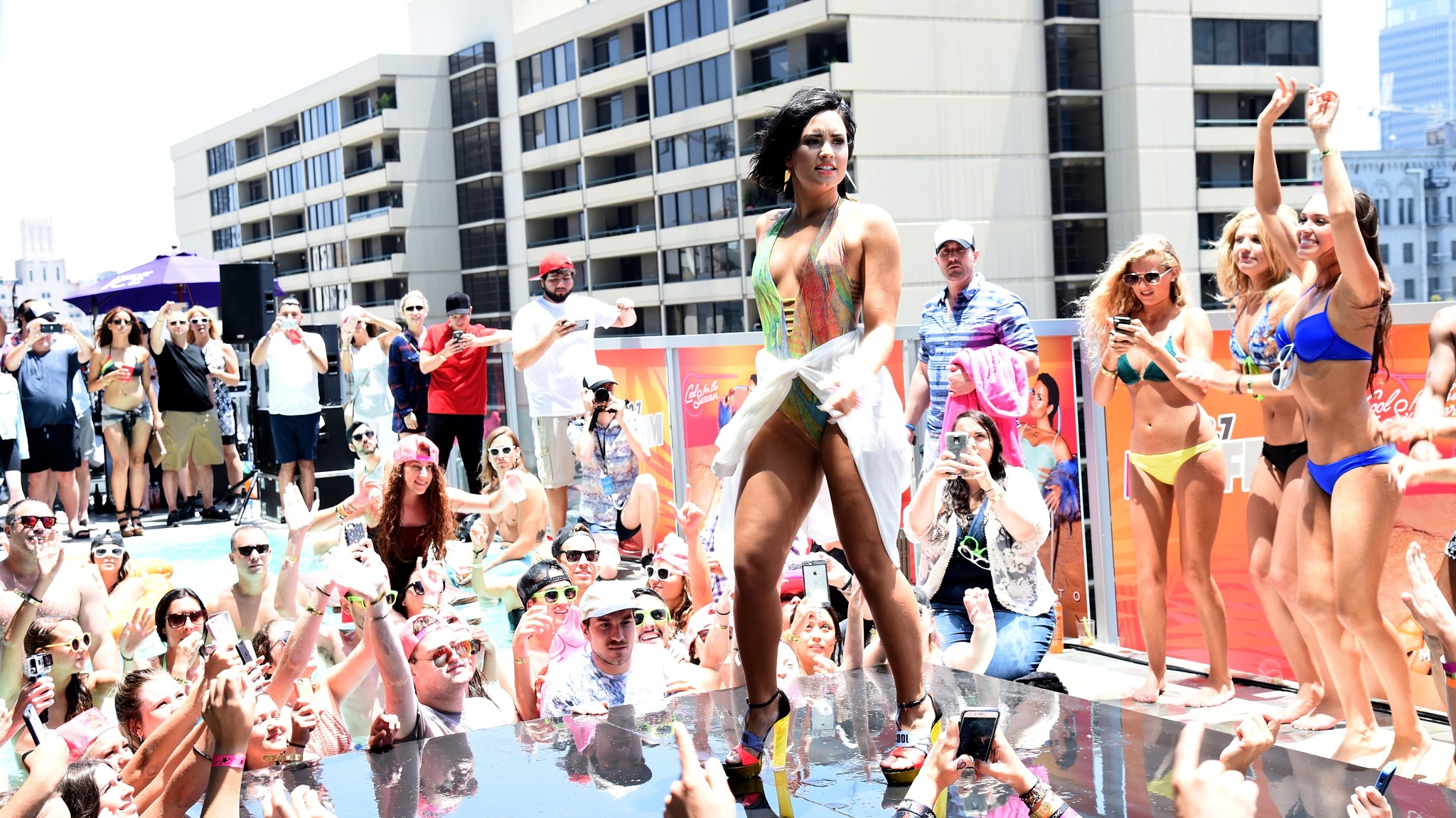 Demi Lovato, “Cool for the Summer”

Katy Perry’s “Teenage Dream” hooks up with Lana Del Rey’s “Florida Kilos” and the love child is this Lime-A-Rita-flavored Demi Lovato ode to summer that comes complete with its own Spring Breakers–esque video. I love a pop song with borderline nonsensical lyrics.

Speaking of “Teenage Dream,” this brand-new beach bop from Girls’ Generation channels the same power-pop saltwater vibes of Perry’s signature smash with an extra splash of fizzy lemonade. It must be party time!

Jencarlos Canela is a Cuban American actor/singer from Miami who has been the heartthrob star of several telenovelas. His son’s godfather is Pitbull! Canela is set to costar with Eva Longoria in an NBC midseason sitcom set at a telenovela. “Bajito” has sultry vocals from Canela, with a guest shot from Ky-Mani Marley (son of Bob).

Rejjie Snow, “All Around the World”

Irish MC Rejjie Snow has performed with artists like Kendrick Lamar and MF Doom. “All Around the World” is a jazzy late-night cruiser, with a cameo in the video from Lily-Rose Depp, the teen model daughter of Johnny Depp and Vanessa Paradis.

The queen of Three 6 Mafia greets her subjects with the hard-hitting first single from her upcoming album Candy, Diamonds, & Pills. YEAH, HO!

Noel Gallagher is not fond of Australian trio DMA’s, which I generally consider a ringing endorsement. Maybe it’s because they sound so much like “Coffee & TV”-era Blur with a soupçon of Supergrass, a.k.a. perfect.

Martin Garrix is the Dutch protégé of Tiesto. Matisse & Sadko are a Russian progressive house duo. This effervescent song sounds like the ephemeral pleasure of a summer night, and it makes me want to play a vuvuzela in a volcano.

After Babymetal comes Ladybaby, the newest group to combine death metal with J-pop. Ladybaby consists of two female members and male member Ladybeard, an Australian wrestler and metal singer who has crossed over into the J-pop world. Ladybeard looks a lot like a kawaii version of Aphex Twin’s Richard D. James.

The Chemical Brothers return with their first album of new material in four years, Born in the Echoes. Second single “EML Ritual” features vocals from Ali Love, and its arpeggiated floating psychedelia sounds a bit like Soft Machine making out with Kraftwerk.